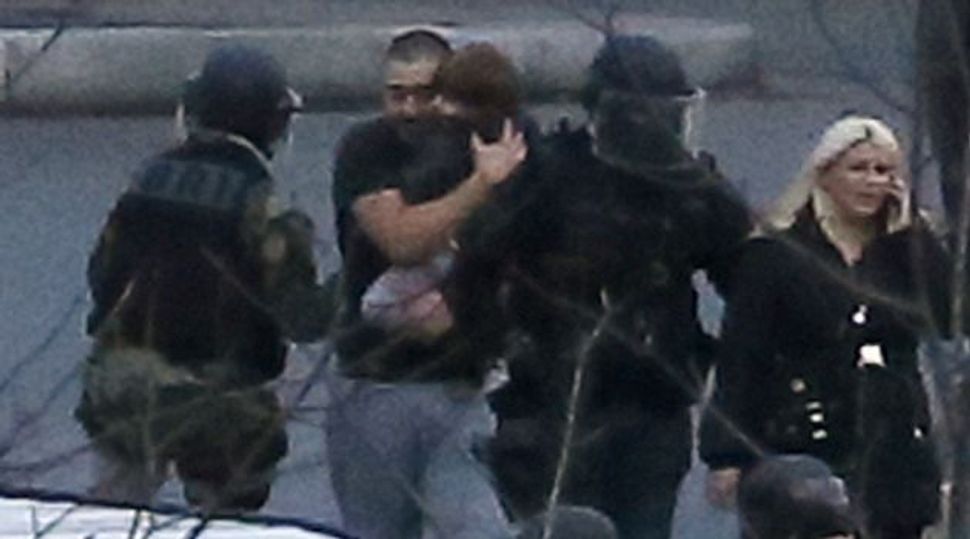 Police comfort a child among the hostages freed from a siege at a Paris kosher grocery. Image by getty images

French President Francois Hollande confirmed reports on Friday that four hostages were killed at a siege of a kosher supermarket in eastern Paris.

Hollande called for national unity and said the country should remain “implacable” in the face of racism and anti-Semitism.

“It is indeed an appalling anti-Semitic act that was committed,” he said of the hostage-taking by an Islamist gunman at the Hyper Cacher supermarket in the Vincennes district.

Some hostages were seen rushing from the market after heavily armed police broke the siege at the same time as they ended a separate stand-off in northern France involving the two Islamist suspects behind the mass killings at Charlie Hebdo magazine this week.

News footage of the Hyper Cacher kosher supermarket in the Vincennes district showed dozens of heavily armed police officers massed outside of two entrances. The assault began with gunfire and a loud explosion at the door, after which hostages were rushed out.

Reuters photographs taken from long distance showed a man holding an infant and looking distressed being herded into an ambulance by police. Others were carried out on stretchers.

Police identified the grocery store gunman as Amedy Coulibaly, 32. He is believed to have also killed a policewoman in Paris earlier.

Coulibaly said he had jointly planned the attacks with the Kouachi brothers, who carried out the magazine attack, and police confirmed they were all members of the same Islamist cell in northern Paris.

Police had already been hunting 32-year-old Coulibaly along with a 26 year-old woman after the killing on Thursday of the policewoman. The woman, Hayat Boumeddiene, remains on the run.

Paris chief prosecutor Francois Molins told a press briefing that the two Kouachi brothers and Coulibaly had an arsenal of weapons and had set up booby traps. He said they had a loaded M82 rocket launcher, two Kalashnikov machine guns and two automatic pistols on them.

“On the body of one of the terrorists, the demining teams also found a grenade that had been positioned as a trap,” Molins said.

He said Coulibaly had attacked police forces with a Kalashnikov assault rifle and a “Skorpion” military pistol. After he was shot, police found two Russian-made Tokarev pistols, two machine guns, a bullet-proof vest and ammunition in the kosher supermarket.

“The supermarket had also been booby-trapped,” he said, noting that Coulibaly had placed 15 explosive sticks and one detonator in the supermarket. 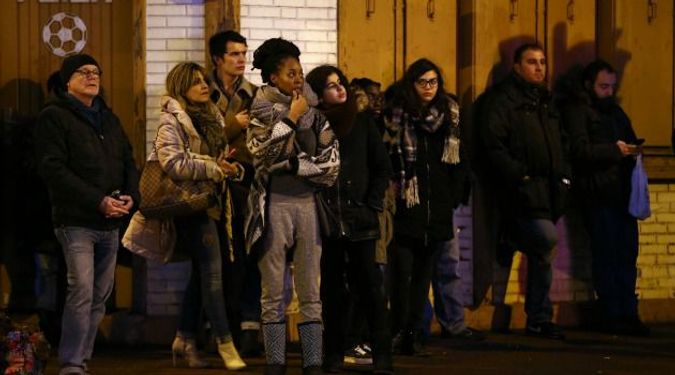 News footage of the kosher supermarket showed dozens of heavily armed police officers outside two entrances. The assault began with gunfire and an explosion at the door, after which hostages were rushed

President Barack Obama said on Friday he hoped the immediate threat stemming from the recent shootings in Paris was now resolved and pledged U.S. support to the people of France.

“In the streets of Paris the world’s seen once again what terrorists stand for: they have nothing to offer but hatred and human suffering. And we stand for freedom and hope and the dignity of all human beings. And that’s what the city of Paris represents to the world.”

The mayor of Paris ordered all Jewish schools and institutions closed in the Marais district. Others were taking similar actions as Shabbat approached. 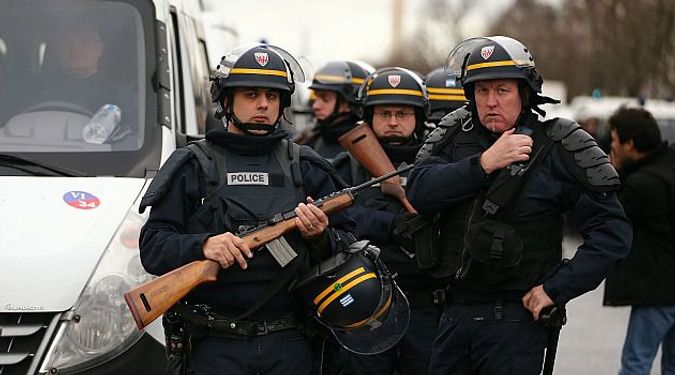 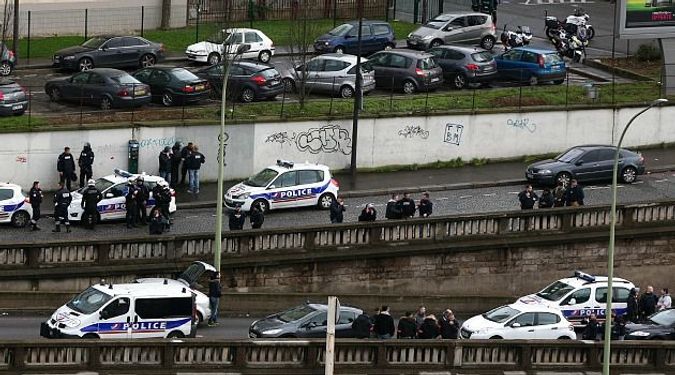