How a Year in Auschwitz Helped Me Grow 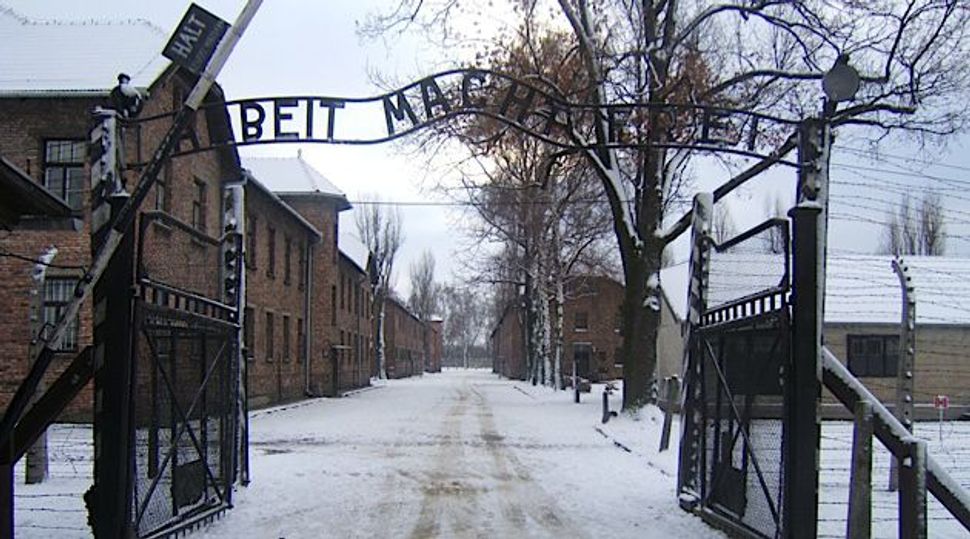 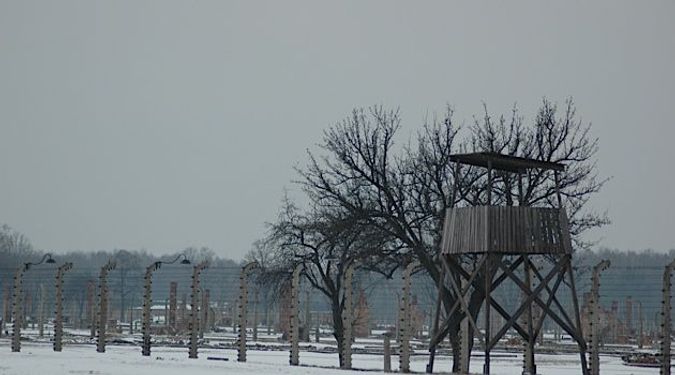 70 Years Ago: Auschwitz was liberated on January 27, 1945. Today, the Auschwitz Jewish Center is staffed by young volunteers from across the world. Image by Wikimedia Commons

It happened when I made my first visit to the former concentration camps of Auschwitz. I had seen the iconic words “Arbeit macht frei” before in photos and movies, as well as at the main entrance gate to Birkenau, and had learned and read about what happened there. Growing up in Germany, I considered myself well-informed about World War II and the Holocaust. To my surprise, however, standing between the barracks, it was hard for me to feel the sadness and pain I had prepared myself for. I was trying to relate to what the prisoners must have felt — but I couldn’t. I went on on another three different tours of the camps but still I could not truly comprehend what had happened there. This inability to empathize left me feeling guilty.

The first thing that comes to people’s minds when they hear the word Auschwitz is unimaginable cruelty: More than 1.3 million people, the majority Jewish, died at the Nazi death camp between 1940 and 1945. But for me, Auschwitz stands for one of the best and most interesting years of my life.

After completing high school in Freiburg, Germany, in the summer of 2013, I chose to participate in a one-year volunteer program with Action Reconciliation Service for Peace (or Aktion Sühnezeichen Friedensdienste, as it is called in German), an organization founded in the 1950s by members of the Confessing Church, a movement within the Protestant Church that opposed collaboration with the Nazi regime. ARSP sends young people to work in countries that suffered under the Nazi regime, where they work with people who were victims of the Holocaust as well as in institutions that fight for human rights and offer political or historical education. 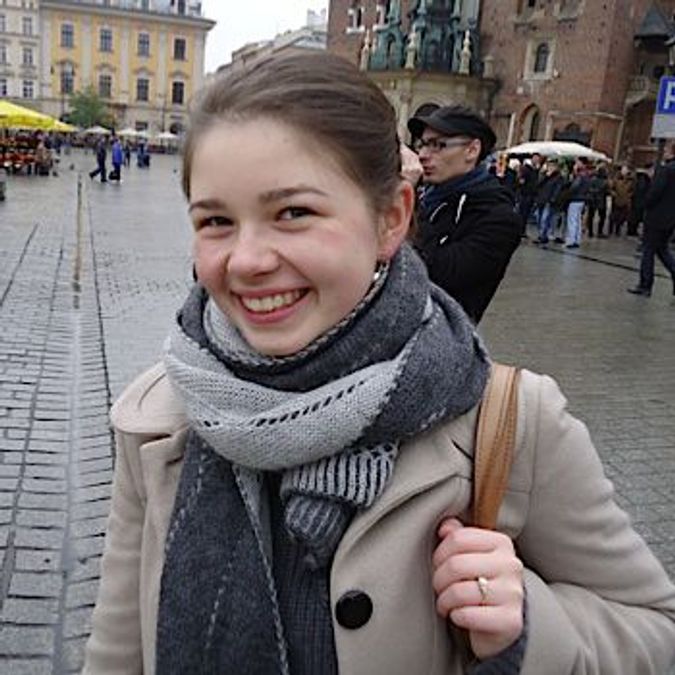 Making the decision to work for ARSP was easy. Nevertheless, when I was offered a spot at the Jewish Museum in Oświęcim I had very mixed feelings. Oświęcim is the southern Polish town better known as Auschwitz. It received its German name while it was part of the Habsburg Empire and was later used again during German occupation.

Did I really want to live in a town known to the world for history’s biggest genocide? What would it be like to have a normal life at a place of such atrocity, to make friends, go out and have fun? And then, I hardly knew anything about Poland. The image many Germans have of their Eastern neighbor is one of a cold country that is never sunny, with cities destroyed during the war and rebuilt in the grey Soviet style. Many think that the people there are poor and unfriendly. “Watch out for your belongings,” some friends said when I told them about my plans.

In Oświęcim I worked at the Auschwitz Jewish Center. The exhibit in the small museum, which opened in 2000 in the middle of the town, shows an aspect of the town’s history that is rarely discussed. Rather than focusing on the atrocities committed against the Jews during the Holocaust, it shows artifacts of Jewish daily and religious life and houses the only synagogue that survived the war, during which the synagogue was used to store German ammunition. Even though not a single Jew lives in Oświęcim today, the synagogue is kept open in order to give Jewish visitors the possibility to get together for prayers after visiting the concentration camps.

It was my task to give tours of the museum and synagogue to English- and German-speaking visitors. The English-speaking groups frequently consisted of elderly people, often of Jewish heritage. They were usually fascinated to hear of the vibrant Jewish life in Oświęcim prior to the war. Before the Nazi invasion in September, 1939, more than 60% of Oświęcim’s population was Jewish. Jews ran most of the big businesses and establishments, and filled over 20 synagogues in the town. Oświęcim wasn’t the only town in Poland with a majority of Jewish inhabitants. What set it apart was the nickname it was given by the Polish Jews: Oshpitzin, which derives from the Aramaic word ushpizin and is the name of a Sukkot prayer that welcomes guests.

Whenever German school classes —which formed the majority of visitors — came to visit the Center, I found that I could relate to these groups because the education I received in school was similar to theirs. Judaism is a topic we discuss briefly in our religious education and, not being Jewish myself, that was the extent of my knowledge before I came to Oświęcim. To be able to guide groups through the museum, I read up on the most important, basic facts. Most of my knowledge, though, I attained through conversations with visitors to the museum. 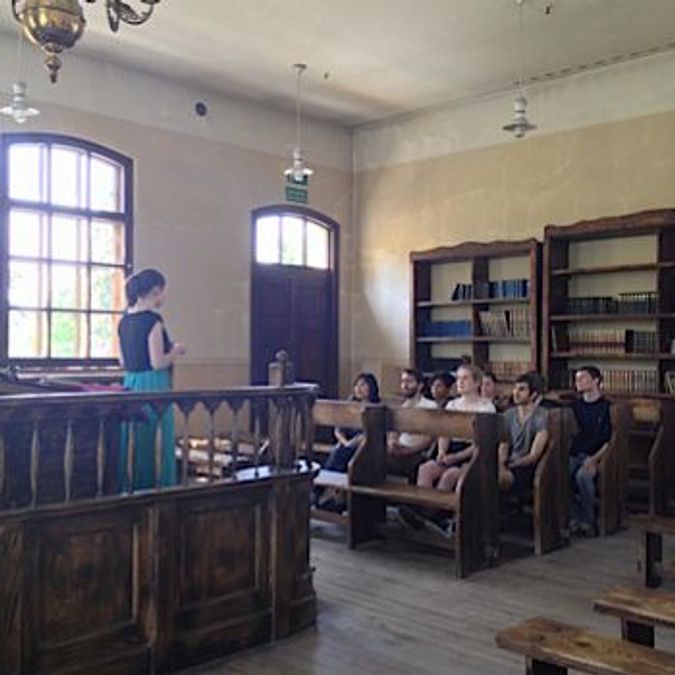 The main focus of these school trips was the Holocaust, so German students would visit the camps, where they learned about the death of a people, without knowing anything about their lives. For many of them, coming to the AJC provided them with their first opportunity to see a synagogue from the inside. Perhaps it wasn’t all that surprising that most of these groups were usually more interested in general Jewish life and artefacts than in the history of Jewish Oświęcim.

The topic of the Holocaust plays a much larger role than the study of Jewish religion in German education. We study the history of Germany during World War II with great depth, and even in everyday life we are made aware of the atrocities committed by the Nazis. Many German towns, for example, have small brass plaques, so-called stumbling stones, mounted onto the sidewalk in front of houses to commemorate the former residents who were deported to concentration camps. The topic of the Holocaust is omnipresent in our lives, sometimes to the extent that some people do not want to hear about it anymore. In my own class we skipped the topic of World War II during our penultimate year of high school, because my classmates were bored by it and felt it had already been thoroughly covered before.

When I wasn’t working at the Jewish Center, I spent my time with the other seven international volunteers and the local friends we made within the community. We cooked, played board games, went to the movies and to the local pub. We also held a weekly meeting with local students to give them an opportunity to practice their English. I soon realized that the prejudices Germans have toward Poland and the Polish people were unfounded: Not only were none of my possessions stolen — we felt safe in Oświęcim and sometimes even left our doors unlocked — but we also discovered that other Polish cities were a far cry from the image of old Soviet-style buildings and grey drabness. I saw Warsaw and Masuria, a lake district in northwest Poland, as well as Krakow’s beautiful old city, its castle, and its old Jewish Quarter, Kazimierz.

January 27, 2014, the 69th anniversary of the liberation of Auschwitz by Soviet troops, was one of the coldest days of the year. Birkenau was covered in an ankle-deep layer of snow. Even though we were wearing as many layers of clothes as we were able to put on, we were still shivering with cold. The celebrations comprised speeches by politicians and survivors, and concluded with Christian and Jewish prayers. The Shofar was blown in front of the memorial at the end of the unloading ramp where SS doctors decided which deportees were qualified for work, or sent to the gas chambers immediately. Standing there in the bitter cold, it was utterly unfathomable to me how it was possible that anyone could have survived the events of the winter of 1945 — and was now able and willing to travel from around the world to commemorate the liberation. 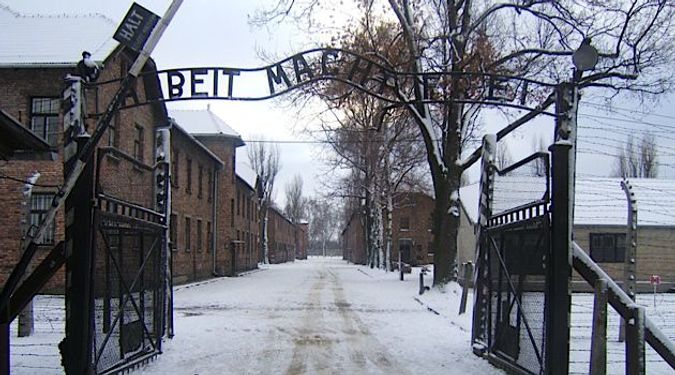 It wasn’t until one group reflection session after a tour that the other participants said something that helped me: We should not try to relive the pain the people have been put through, or waste time feeling guilty about not being able to comprehend this pain. Instead, we should realize how lucky we are that we don’t have anything to compare this with, and be appreciative of what we do have. We should use what we have learned and turn it into something positive for the future, making sure something of this kind cannot be repeated.

Once, a group of elderly British people visited the Center. In the synagogue, I began telling them about my work at the AJC, until a man in his 80s motioned that he had a question. He explained that he had grown up in Germany. Because he was Jewish, he and his family were deported to the Buchenwald concentration camp, which they miraculously all survived. He asked how I, as a German, felt living here knowing that my forefathers were responsible for the crimes that had been committed in Auschwitz. His tone was accusing and I was stunned at how bluntly he had phrased it.

Others in the group immediately complained that this was an unfair question to ask and said that I didn’t have to answer. But I gave it some thought. Then I answered that the topic of the Holocaust had been a big part of my education, as was the question of guilt, which was discussed frequently. But the Holocaust, I continued, should not be a question of guilt, but one of responsibility. As my generation is too young to be blamed for the crimes our forefathers committed over 70 years ago, I didn’t think we should feel guilty, nor is there any benefit to be had from this. What I did think, though, was that we had a responsibility to learn and teach about that part of our country’s history, despite how unpleasant and painful it is. This was why I felt good about living in Oświęcim and about my work there.

Emily Herlyn is studying to become a teacher in Berlin.

How a Year in Auschwitz Helped Me Grow