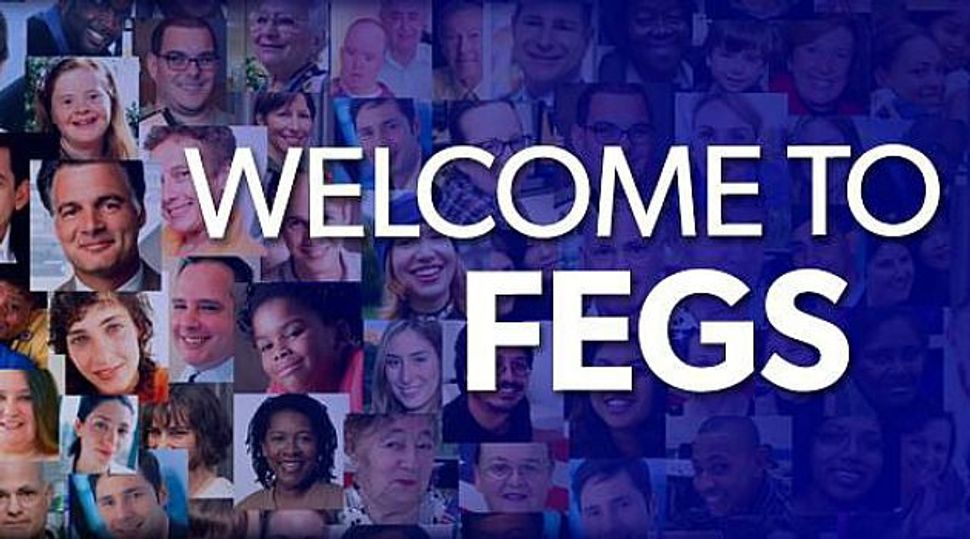 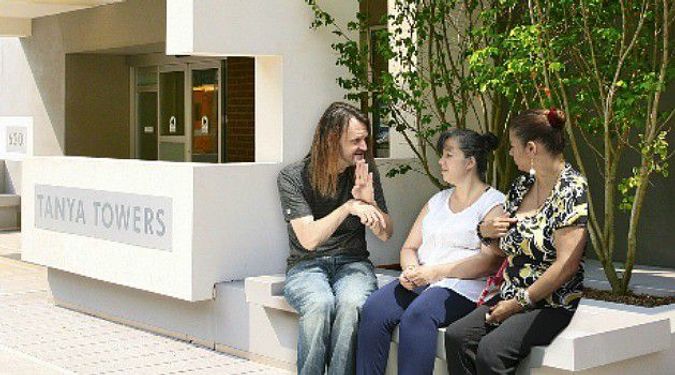 Image by courtesy of fegs

The collapse of one of the largest Jewish charities in the United States is raising concerns about the future of the Jewish social service ecosystem.

The massive New York-based social service charity known as FEGS said on January 30 that it would shut down, just seven weeks after it revealed a stunning, previously undetected $19.4 million shortfall.

For years, FEGS has been the largest of a handful of New York Jewish social service agencies that rely on government funding to serve both Jewish and non-Jewish clients. A similar agency, the Metropolitan Council on Jewish Poverty, announced in mid-January that it would seek mergers and partnerships to help preserve its programs.

FEGS has yet to fully explain the reasons for its collapse, but the implosion has drawn attention to a systemwide crisis, affecting Jewish and non-Jewish agencies, in which underfunded government contracts are causing shortfalls at social service charities.

business,” said Allison Sesso, executive director of the Human Services Council, a membership association for providers of social services. “The model in terms of government contracts and nonprofits is broken.”

The FEGS collapse appears to have stunned the Jewish not-for-profit ecosystem into silence. Major Jewish social service agencies either declined to talk for this story or did not respond to requests for comment. Selfhelp Community Services, Jewish Association Serving the Aging and Jewish Child Care Association, all large New York-based Jewish social service agencies that rely heavily on government funding, did not respond to the Forward; the Jewish Board of Family and Children’s Services said it would not comment.

UJA-Federation of New York, which gives grants to all these agencies, did not directly answer a question about whether the FEGS collapse should raise concerns about the future of the entire Jewish social service ecosystem. “The network of agencies and services available to New York’s Jewish community, and all New Yorkers, is greater than a single entity,” the organization said in a statement. “It is the strength of the whole that ensures that services will continue to be provided to those in need.”

A UJA-Federation conference call held on January 2 about FEGS for social service agencies in the UJA network was kept unannounced and confidential — a shift from a prior UJA conference call on the issue, which was not secret.

FEGS itself, in a statement, said that it had already found agencies to take on some of its programs, including a city-funded welfare-to-work program called WeCARE, which is going to a non-Jewish social service agency called Fedcap.

The behemoth that became FEGS was created in 1934 as an employment agency for New York Jews during the Great Depression. The organization later became one of countless Jewish welfare agencies to shift from relying on communal charity to government contracts and grants. In return for taking on non-Jewish clients, the Jewish agencies vastly expanded their services — and their budgets.

“There was a point in time when the Federation provided a majority of the funding for some of these organizations,” Ron Soloway, the New York federation’s former managing director of government relations, told the Forward in April [2014](https://forward.com/articles/195377/jewish-charities-grow-huge-on-cash-from-government/?p=all “2014”). “With the advent of Medicaid and Medicare in the 1960s, much more government revenue became available to help the poor, the vulnerable…. The organizations have grown appreciably.”

By the time of its collapse, FEGS had an annual budget of $229 million, making it one of the seven largest Jewish charities in the United States.

Observers are still mystified as to why the massive charity collapsed, and how it was taken by surprise by a $19.4 million shortfall. FEGS officials are not sharing specifics, and UJA-Federation brass appear to be keeping details quiet as they seek new entities to take on FEGS’s programs. In a statement, FEGS blamed its deficit on a variety of causes: government contracts that did not cover their costs, performance-based government contracts where the agency did not meet its targets, write-offs on program revenue that didn’t pay out, bad investments and excess real estate.

“In terms of the question about the $19.4 million being a ‘surprise,’ during the fiscal year, there were indications of financial problems, which continued to mount,” the agency said in a statement. “A forensic review has not uncovered any fraud or malfeasance to date, and we are not aware of any criminal investigation into FEGS or its employees.”

Faced with the muddle of information on FEGS’s decline, observers have latched on to the reported trouble with government contracts, which is a common complaint among local not-for-profits.

Government contracts carry inherent risks. They don’t always pay on time, and they’re prone to political manipulation. According to Sesso, not-for-profits have traditionally been able to close the gap with fundraising, but steep cuts in New York State government contract reimbursements in recent years have made the juggling game more difficult.

Sesso also pointed to a specific change to the Medicaid system that introduces for-profit managed care companies as a middleman between state coffers and not-for-profit service providers. This has offloaded risk onto charities.

Under these increasing financial stresses, experts in the social services field say, not-for-profits that aren’t on top of their financial situations can buckle under the pressure. “They are there to do good, they believe in a mission, but their strengths may not lie in fiscal management,” said Amish Mehta, a partner and not-for-profit practice leader at the accounting and advising firm Friedman LLP. Of FEGS, Mehta said: “It’s a large enough organization that they should have had a structured budgeting process in place…. You have to wonder, where was the board and senior management in their oversight of the organization?”

The incentives for maintaining stringent financial oversight may decrease for charities that rely both on government and private funding, according to Jeffrey Solomon, president of the Andrea and Charles Bronfman Philanthropies. The premium that donors place on low overhead could make it harder for the charities to pay for the expertise needed to effectively manage their government contracts, he said. In an environment where government is squeezing social service contracts, the charities may be left unable to make smart financial decisions.

Amid the recriminations and anxiety following the FEGS collapse, some say that mergers may be necessary to preserve the remaining Jewish social service agencies.

“We’re going to be seeing forced consolidation, and we don’t know how that’s going to play out,” said a Jewish communal insider who asked not to be named in order to protect relationships.

Mehta said that mergers can be a hard sell to not-for-profit managers, as these managers risk losing their jobs. “It’s really up to the board, which doesn’t have a financial interest in the organization, to say, hey, we’re going to have to look for other opportunities.”