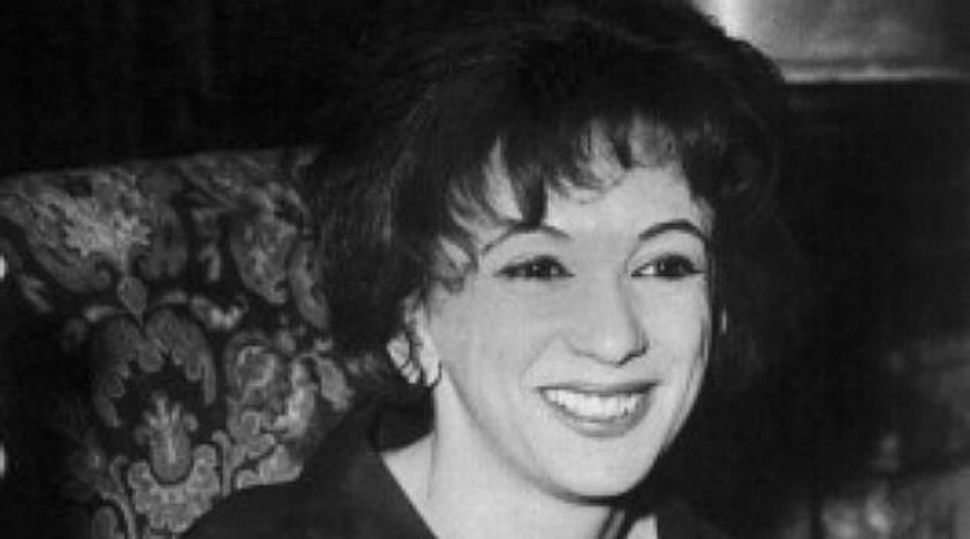 Judith Malina loved to tell a story about her experience playing the role of Grandmama in “The Addams Family,” which was filmed during the First Gulf War, in 1991.

A committed pacifist, Malina was known on the set for trying to engage co-stars Anjelica Huston and Raul Julia in the anti-war effort. So it was no surprise that when a teamster working on the set passed her a little paper American flag, Malina, an anarchist who opposed nationalism of all stripes, responded, “Don’t give me that without a match to burn it.”

Malina claimed that she quickly became the focus of animosity on the set.

Being ostracized was nothing new to Malina, who died last week at the age of 88 in a New Jersey assisted living facility. She spent the last two years of her life there after being evicted from her Lower East Side apartment for falling behind in the rent. That apartment itself was a modest flat that paled in comparison to the sprawling Upper West Side apartment she once shared with her life partner, Julian Beck, the abstract expressionist painter and actor. Together, they founded the Living Theatre which, from the 1950s on, blazed a pioneering path through American and European culture, as a fount of the artistic avant garde, fusing improvisation to a vision of political theater that aimed to transform society, not just entertain it.

Malina met Beck, who died in 1985, when she was just 17. But no matter where she lived, to the very end Judith Malina was waging what she called “the beautiful non-violent, anarchist revolution.”

Born in Germany in 1926, Malina came to New York at the tender age of three. Her father, Max, was a Conservative rabbi who tried to warn of the Nazi menace. Her mother, Rosel, was an actress. If you spend enough time trolling YouTube, you’ll find footage of Judith Malina singing traditional religious blessings — bruchas — beautifully in Hebrew, an indication of the spark of Yiddishkeit that never went out in her over the course of decades of avant garde theater and left-wing politics.

I knew Malina for more than 20 years. I was introduced to her by a former member of the Living Theatre named Steve Ben Israel. He and his wife, Pamela Mayo Israel, performed with the theater troupe during its glory days in the 1960s. I remember sitting on the mattress that served as a couch in Israel’s Soho flat and noticing a photo of another Living Theatre alumnus on the wall. It was Jenny Hecht, whose father Ben, a famed screen writer, is one of my heroes. In Ben Hecht’s wonderful autobiography I learned of his efforts to awaken America to the Holocaust, which included staging spectacles in Madison Square Garden and taking a bus full of Orthodox rabbis down to Washington, D.C. The Living Theatre, it could be argued, was in a similar line of work.

My first encounter with Malina came when Israel invited me to a New Year’s Eve party at Malina’s Upper West Side home In the early 1990s. My memory is a bit foggy but I do recall being accompanied by a woman who later became my wife and that there was a lot more marijuana than champagne that evening. The Living Theatre’s seders were also held in the that cavernous rent-controlled apartment and were known to be wild.

Malina and Beck were devoted to each other up to the day of Beck’s death. But in full keeping with their iconoclastic defiance of convention, both Beck and Malina also had male lovers. Malina later married the much younger Hanon Reznikov, another member of the Living Theatre.

In America, the Living Theatre troupe, which lived together as a collective, had its greatest impact in the late 1950s and 60s. Back then, its members were greeted with arrests as often as with standing ovations, thanks to the nudity some of their productions featured.

Nevertheless, the troupe earned critical recognition for its groundbreaking dramas such as The Connection and The Brig.

During the 1970s and early 1980s the Living Theatre spent much of its time abroad, performing in Brazil and Europe, which seemed to appreciate its radical approach to breaking down the barrier between performers and audience.

Back in the day when the troupe was playing to packed houses, Malina and company attracted a couple of unknown actors who have done pretty well for themselves: Martin Sheen and Al Pacino. For his part, Pacino said that seeing the ensemble perform Paradise Now in Brooklyn changed his life. Both Sheen and Pacino have donated some of their Hollywood earnings to keep the Living Theatre alive over the years. But when the theater fell far behind in its rent on the Lower East Side spaces that it used to house Malina and to perform in, the decision was made to move Malina into the Lillian Booth Actors Home, an assisted living facility run by the Actor’s Fund in Englewood, New Jersey.

When the Lower East Side performance space shuttered, the New York Daily News, headlined its story “The Living Theatre is Dead,” seeming to delight in the news of another 60s institution biting the dust. I interviewed Malina just before the final performance there and asked how she felt about moving into a place with other elderly performers. Malina said she thought the facility was very nice but then added, “It’s a f…’n old age home.”

She told me that that she wouldn’t be allowed to light Sabbath candles in her room. And living in the home definitely put a damper on her pot smoking, as well.

One of Malina’s last public appearances took place in December at the Bowery Poetry Club. She was in a wheelchair and breathing with the help of an oxygen tank as she read a poem about Eric Garner, the African-American man from Staten Island who died in a police choke hold last summer. Malina’s reading was followed by chants of “I can’t breathe.”