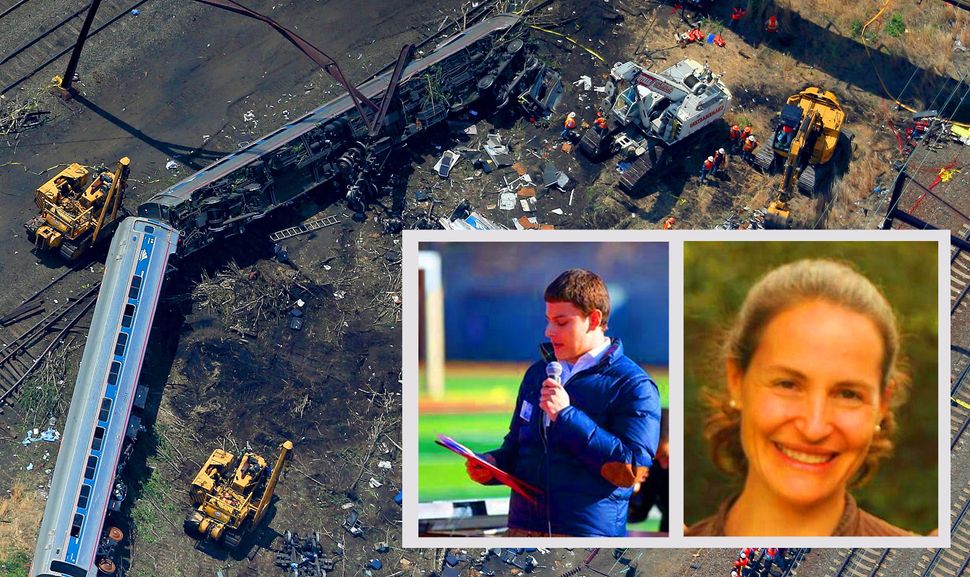 The Amtrak train that hurtled off the tracks in Philadelphia left a trail of broken bodies and dreams. Among the dead are at least two Jews, both with inspiring stories.

Justin Zemser, 20, was a midshipman at the Naval Academy heading back to his home in Queens, New York. Rachel Jacobs was a 39-year-old mom who was running an education tech startup in Philadelphia.

Investigators were still working to piece together the final moments before train No. 188 crashed in northeast Philadelphia on its way from Washington D.C. to New York on Tuesday night.

But it seems certain that the fact that the train was speeding at 100 miles per hour — more than twice the limit — played a key role in the tragedy.

Officials said at least 7 people died in the tragedy. They were still working to identify the dead. And about a dozen people were still missing, meaning the toll may rise.

‘A Strong Passion to Make the World Better’

Rachel Jacobs took the Jewish imperative to make the world better — and made it her life story. After founding a community group in her hometown of Detroit, the young woman put her Columbia business degree to work running an education start-up in Philadelphia.

Jacobs’s family sent a text message to friends saying that she died in the Amtrak tragedy, the New York Times reported. 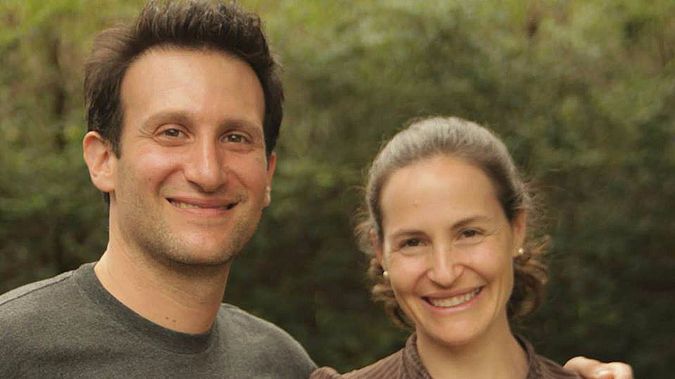 “This is an unthinkable tragedy,” the family said in a statement. “Rachel was a wonderful mother, daughter, sister, wife and friend.

“She was devoted to her family, her community and the pursuit of social justice. We cannot imagine life without her. We respectfully ask for privacy so that we can begin the process of grieving.”

A coworker told the local ABC affiliate that Jacobs has not been heard from since she told her husband she had boarded the train Tuesday night.

Earlier, a rabbi at Temple Emanu-El in Oak Park, Michigan said Jacobs’ parents were still hoping against hope she would be found.

“We are just frantic waiting to hear news from my daughter,” Gilda Jacobs, Rachel’s mother, told the New York Daily News before the family got the grim news.

Jacobs, who grew up outside Detroit, lived in Manhattan’s Stuyvesant Town and is married with a 2-year-old child. She is the CEO of ApprenNet, an online training service.

Her co-workers began to search for her the moment they heard about the disaster.

“We called, texted and emailed her right when crash happened, because we knew she was on the train,” ApprenNet COO Emily Foote told Philadelphia Magazine. “I went to the hospitals last night and she wasn’t in any of them. I went to the churches and schools where people are being sheltered, and we still can’t find her.”

ApprenNet tweeted: “Thank you for your thoughts & prayers for our CEO, Rachel Jacobs. We are still looking for Rachel & hope she will be with her family soon.”

She is also a founder of Detroit Nation, an organization devoted to promoting cultural and economic development in Detroit.

Perry Teicher, president of Detroit Nation, called Jacobs a “very good friend” who took seriously the Jewish imperative to make the world a better place for all.

“Rachel brings a strong passion to make the world a better place, whether through her volunteer work with Detroit Nation or professional work,” Teicher told the Forward.

Erin Einhorn, an author, journalist and childhood friend, said the death was “a loss of a magnitude I can’t even begin to comprehend.”

“I can’t fathom a world without my dear friend Rachel Jacobs, who inspired me constantly,” Einhorn wrote in a Facebook post. “She loved Detroit and believed in it – and believed she could help this city.”

Her mother is Gilda Z. Jacobs, a former Michigan state senator who is now president of the Michigan League for Public Policy, and her father is John Jacobs. The family are prominent members of Temple Emanu-El, a Reform congregation.

At Rachel Jacobs’s wedding, she described the joyous atmosphere as the party carried out Jewish celebrations.

“Some cousins got the hora going,” Rachel Jacobs said, according to a post on the Knot, a wedding web site. “I loved the look on my mother’s face when the group lifted her up on a chair.”

Just last month, Rachel Jacobs returned to her hometown to sit shiva after her grandmother died, a friend said.

Rachel Jacobs has cited her Jewish upbringing as an inspiration for her communal work.

“My family has always been very involved in the Jewish community and Detroit’s community,” she told Repair the World in 2011. “In many ways, it feels like a part of our family DNA – and when we think about what it means to be Jewish, it’s very much focused on building community.”

‘The Most Wonderful Kid’

Justin Zemser, a 20-year-old Jewish midshipman at the U.S. Naval Academy in Maryland, was remembered as a patriotic and community minded son of a working class community in Queens, New York.

“He was the most wonderful kid,” Zemser’s mother, Susan Zemser, told reporters, according to the Daily News. 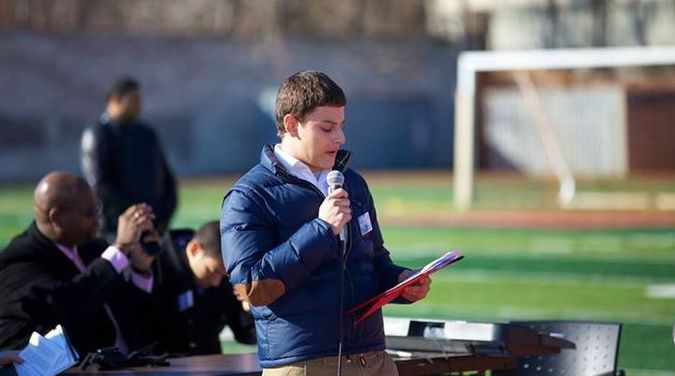 Zemser, who grew up in Rockaway Beach, New York, was a sophomore at the Naval Academy with aspirations to join a Navy Seal team. A high school valedictorian and football player, he was riding the Amtrak train home from the Naval Academy when he was killed.

“He was just such a nice, good boy,” an aunt Cathy Zemser, told The Washington Post. “He was very, very responsible. We knew it wasn’t good if he hadn’t called.”

Zemser’s uncle, Richard Zemser, had high hopes for Justin: “Am I talking to the first Jewish president of the United States?,” he would ask, teasingly, when he spoke with Justin on the phone, according to the Post. 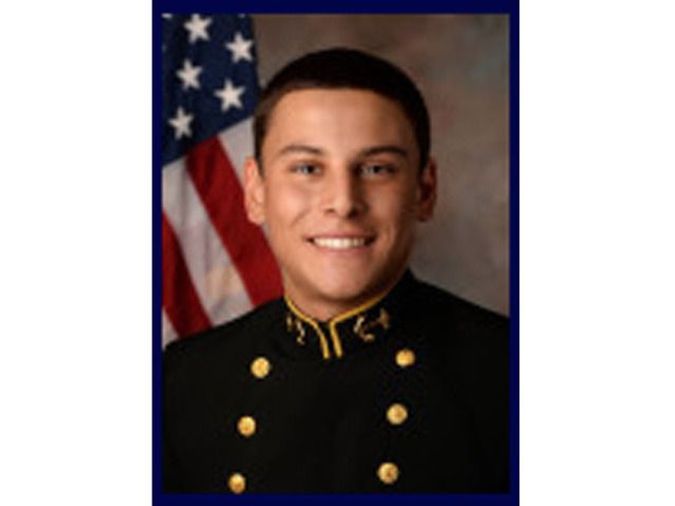 The Post also reported that Zemser had recently returned from a trip to Israel with other midshipmen.

Zemser was a graduate of the Channel View School for Research, a New York City charter school. The school, which sits in a low-lying neighborhood along the Atlantic Ocean coast, was hard hit by Hurricane Sandy. 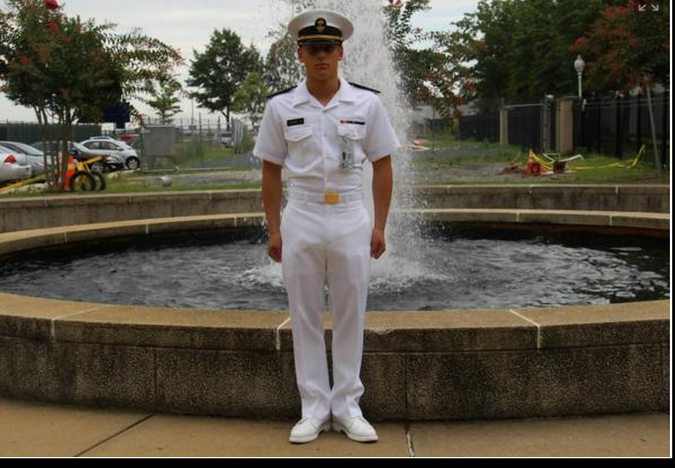 In a May 13 message on the Facebook page of the charter school network to which Channel View belongs, administrators wrote: “Zemser was the inspiring student body president at Channel View, whose positive example helped guide his fellow students through the aftermath of Hurricane Sandy… Our heart goes out to Zemser’s family and the entire Channel View community on this tragic loss of an outstanding young man.”

Zemser had interned for Eric Ulrich, a City Council Republican from Queens. In a statement to the Daily News, Ulrich praised Zemser.

“Justin was truly a bright, talented and patriotic young man,” Ulrich said. “He will be sorely missed by all who knew and loved him.”