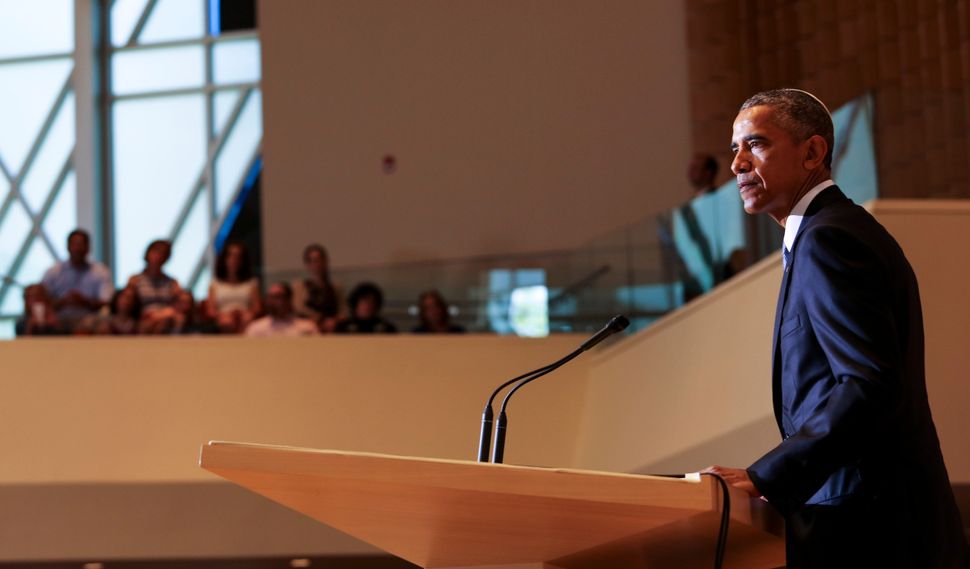 Standing on the bimah and donning a white kippah on his head, Barack Obama passed his first synagogue appearance as president with flying colors.

Obama chose a complex and subtle message for his Jewish American Heritage Month address at Adas Israel congregation, Washington’s prime Conservative synagogue, where many of the city’s Jewish government official, high profile politicos and journalists come to worship. He sought to explain, not to retract, his criticism of Israel and was met with a welcoming crowd.

These high expectations, the president explained, had to do with his image of Israel, one based on the story of the Jewish state’s founding fathers, the kibbutzim, and historical figures such as Golda Meir and Moshe Dayan. For Obama, Israel was set up to be a society where “the best of Judaism would thrive” an idea which he found “inspiring” as a young man. “And those values in many ways,” the president added, “came to be my own values. 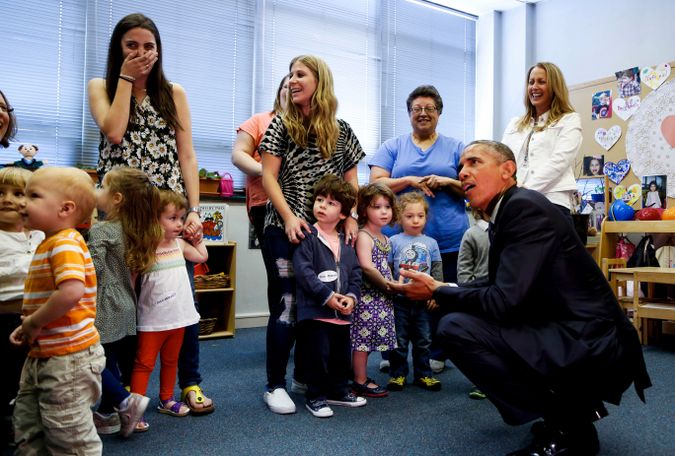 Now Obama expects it to live up to its values.

“Just as Israelis built a state in their homeland, Palestinians have a right to be a free people on their land, as well,” he told the crowd, who responded with applause.

But Obama went a step beyond his usual Middle East rhetoric, tying his relentless commitment to support Israel counter anti-Semitism across the world, to the question of Israel’s own values and conduct.

“To me, all these things are connected. The rights I insist upon and now fight for, for all people here in the United States compels me then to stand up for Israel and look out for the rights of the Jewish people,” Obama said. “And the rights of the Jewish people then compel me to think about a Palestinian child in Ramallah that feels trapped without opportunity. That’s what Jewish values teach me. That’s what the Judeo-Christian tradition teaches me. These things are connected.”

The president, who pledged his support to Israel time and again in his speech, repeating his promise for continuing the “unshakeable” and “unbreakable” bond between the two nations, took issue with those questioning this commitment because of his criticism of Prime Minister Benjamin Netanyahu’s government.

“When I hear some people say that disagreements over policy belie a general lack of support of Israel, I must object, and I object forcefully,” he said. “For us to paper over difficult questions, particularly about the Israeli-Palestinian conflict or about settlement policy, that’s not a true measure of friendship.” 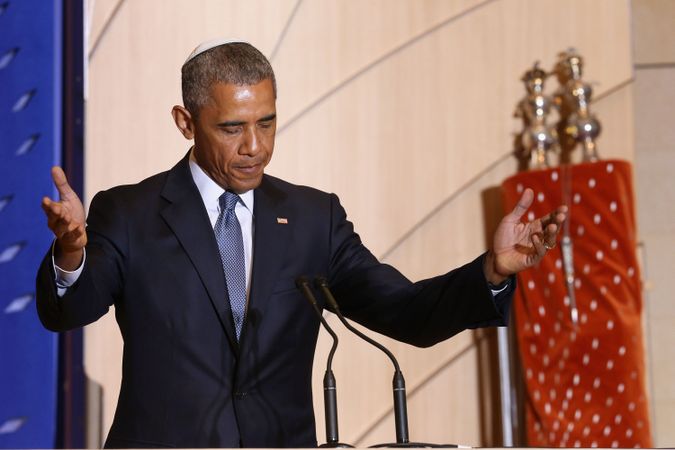 The audience applauded Obama for this statement, but it is not clear whether it reached the ears of the Israeli prime minister. His envoy to the United States, Ambassador Ron Dermer, was a no-show at Adas Israel on Friday. Dermer’s fraught relations with the White House are no secret and he is viewed by some in the administration as the brains behind Netanyahu’s pre-election congressional address on Iran. Israeli officials said Dermer was out of town and could not make it to the hear Obama, a line strikingly similar to that used by the Vice President’s office when explaining why Joe Biden could not come to chair Netanyahu’s speech in front of a joint meeting of Congress.

But Obama didn’t seem worried about Dermer’s absence. The president felt at ease with the crowd of Jewish movers and shakers gathered to hear him on a Friday morning. He sat down with a group of Jewish communal representatives before the speech (an unusual crowd that included liberal groups, community activists and even Rachel Beyda, the UCLA student who was questioned about her Judaism in an interview for the campus judicial board.)

Obama gave the audience a mix of some feel-good humor, joking about his title as “first Jewish president” and about the Yiddish curse words he learned from former Chief of Staff. “I will not use any of the Yiddishism that Rahm Emanuel taught me, because I want to be invited back,” he said.

And to top it, Obama made a short detour on his way out to peek into one of the synagogue’s nursery school classroom’s where the toddlers were singing a Shabbat Shalom song.

“POTUS,” the White House pool reported, “joined in the song.”