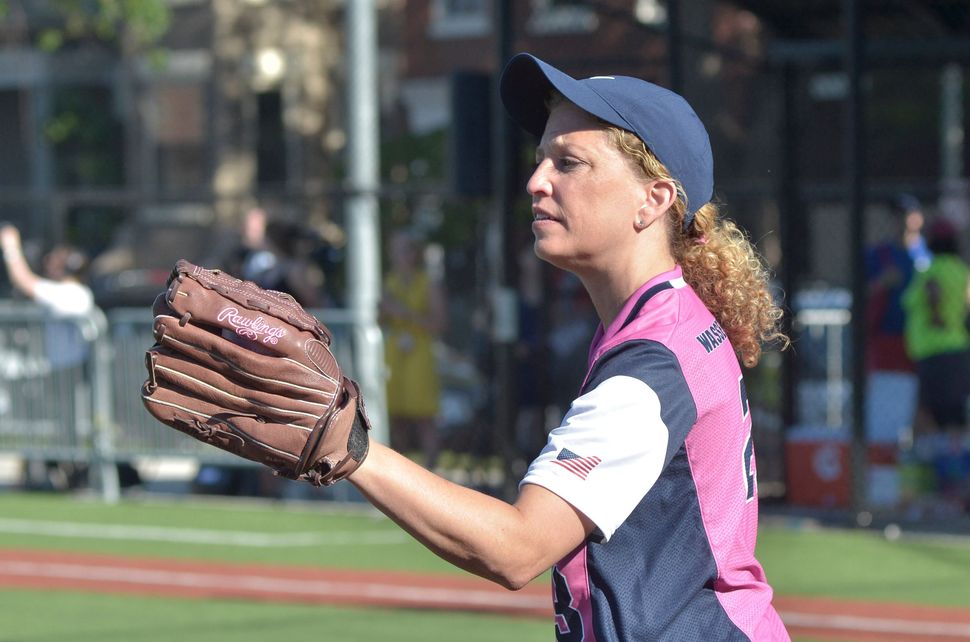 A coalition of politicians from both sides of the aisle are deeply concerned about new recommendations for breast cancer screening. They, along with patient advocates, say the new guidelines from the United States Preventive Services Task Force will fail to protect populations with a hereditary predisposition, including Ashkenazim, one of the groups at higher risk for the BRCA 1 and 2 genetic mutations linked to breast, ovarian and other cancers.

An April 20 draft of the guidelines, which the task force is slated to finalize sometime this year, assigns a C grade to mammography for women ages 40 to 49. Under the Affordable Care Act, heath plans typically cover preventive services at no additional cost to the patient — but only if the service receives a grade A or B recommendation from the USPSTF. If the USPSTF’s draft is finalized as is, it could mean women in their 40s will lose guaranteed mammography coverage and may face the burden of out-of-pocket costs.

The current ACA coverage for breast cancer screening is based on the USPSTF’s 2002 recommendation, which gave a B grade to mammography for women in their 40s. The C-grade assignation was first introduced by the task force in 2009 but was blocked by the Senate. The new guidelines, however, will replace the Senate’s 2009 amendment.

Knowing this, U.S. Senators David Vitter (R-La.) and Heidi Heitkamp (D-N.D.), along with Congresswomen Cathy McMorris Rodgers (R-Wash.) and Debbie Wasserman Schultz (D-Fla.), expressed concern about the draft screening recommendations in a May 6 letter to the Secretary of Health and Human Services.

“We urge the USPSTF to take into consideration the benefits of prevention, keep in mind the thousands of women who are diagnosed with breast cancer in their 40s and not jeopardize access to these screenings,” they wrote.

Wasserman Schultz was diagnosed with breast cancer at age 41 and later tested positive for the BRCA 2 mutation. She has said that at the time of her diagnosis she did not know that being an Ashkenazi Jew put her at increased risk. “Ashkenazi Jews, African-American women, young women with family histories — various groups are disproportionately impacted by breast cancer and while they may seem like ‘small’ subsets of the population, when taken together they exemplify how misguided the potential changes are to mammography guidelines,” she told the Forward in an email.

The task force’s vice chair, Dr. Kirsten Bibbins-Domingo, said the C-grade assignation was based on incidences of overdiagnosis and over-treatment — false positive test results that led to more tests and unnecessary procedures.

“Mammography before 50 does have the benefit of helping women avoid the risk of dying from breast cancer. The challenge is that there are also more harms in this younger group than if you were to start screening later, at age 50,” said Bibbins-Domingo.

Patient advocate Sue Friedman, executive director of Facing Our Risk of Cancer Empowered, said that this reasoning fails to protect the community she serves — women, such as Wassermann Schultz, with hereditary breast and ovarian cancer who are more commonly diagnosed in their 30s and 40s.

“I’m not denying the existence of overdiagnosis,” she said. “I do think this fails to take into account the risk for underdiagnosis in people who may be high risk that we did not know were high risk. That impacts the community I serve, so I have to speak out.”

Friedman, 48, cites herself as a cautionary example: She was diagnosed with breast cancer at 33 and later tested positive for the BRCA 2 mutation. (One in 40 Ashkenazim carries a BRCA mutation as compared to 1 in 345 in the general population.) Friedman inherited the mutation from her father’s side of the family. Many women, however, are unaware that the gene can be passed down paternally, so they don’t know they are at risk.

The USPSTF has a separate set of guidelines for women with a family history of the BRCA mutations. In those, the task force assigns a B grade to screening women who have family members with breast, ovarian, tubal or peritoneal cancer. The problem, said Friedman, is that some women — for example, adopted women — do not know their family history or underestimate their risk.

“Because genetics experts and risk-assessment tools are underutilized, many high-risk women with an inherited predisposition to cancer learn about their high-risk status only after they are diagnosed with breast cancer that has been detected by mammography,” Friedman wrote in an open letter to the USPSTF.

Lakshman Ramamurthy, vice president of Avalere Health, an advisory company focused on health care business strategy and public policy, largely dismissed that concern. “A very tiny fraction of people will not know they are at high risk,” he said. His company, however, did find in a new analysis that 17 million women aged 40 to 49 could lose their guaranteed coverage if the Task Force’s current screening recommendations are finalized.

The public comment period to weigh in on the guidelines ended May 18. Friedman of FORCE is asking those who oppose the Task Force’s recommendations to sign a Change.org petition sponsored by several advocate organizations.