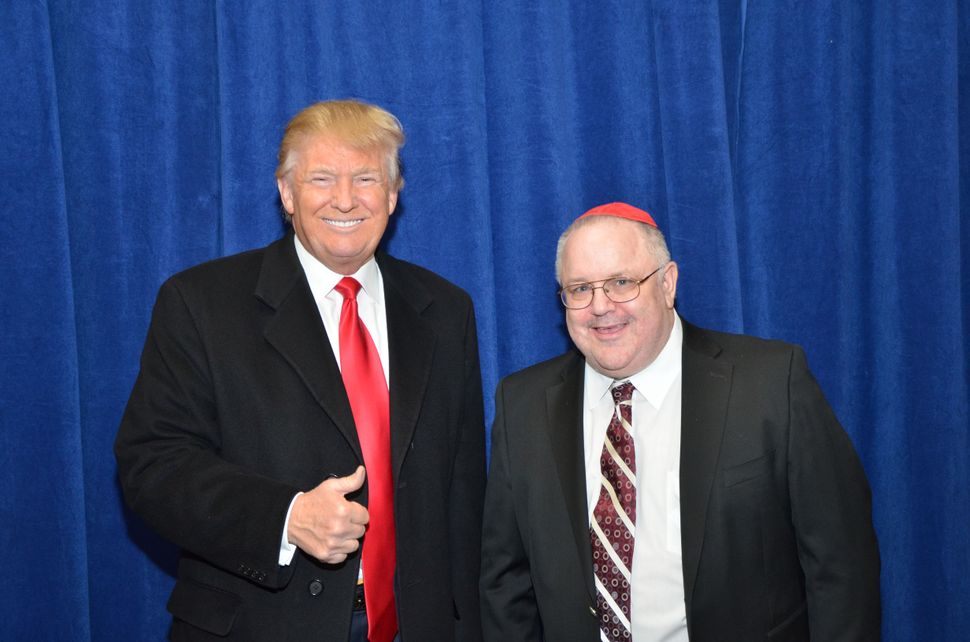 When Marc Daniels sells you his campaign yarmulkes at $10 dollars a pop, it’s not just the religious headgear he wants you to take. What he’s selling, he tells me on the phone, is the Jewish principle of “tikkun olam.”

The yarmulkes, which he recently sold at the Iowa caucuses, come in red or blue, with the name of each presidential candidate emblazoned in both Hebrew and English. But inside the yarmulkes, which sometimes come paired with packets of sunflower seeds, is a message about sowing seeds of peace and rooting out weeds of hatred.

It’s all part of Marc’s attempt to achieve his “vision in green.” In his vision, a future President of United States will assemble children from all over the world to both root out weeds of hatred and plant sunflowers seeds of peace on the White House lawn on Martin Luther King Jr. Day.

I know, it sounds crazy. And Marc knows it too. When I tell him I’m Israeli, he tells me he’s been compared to Israeli satirist Ephraim Kishon’s character, Blaumilch, a man who escapes from an insane asylum and tries to dig a canal from Tel Aviv’s busiest intersection to the sea. But, just like Blaumilch, Marc’s crazy tenacity may pay off in the end. In fact, it may be working already.

Marc’s vision channels his two obsessions, gardening and Kaballah. He spent years studying the latter in Israel. In 2010, he wrote a book in German about the connections between the two. It was during a visit to Dachau concentration camp that Marc began to develop this vision. He wanted to channel a vision “positive as the nazi and Hitler was negative,” and he thought of Martin Luther King. He’s written countless letters to President Obama about his green vision, but only after receiving no response did Marc decide to try other political avenues. 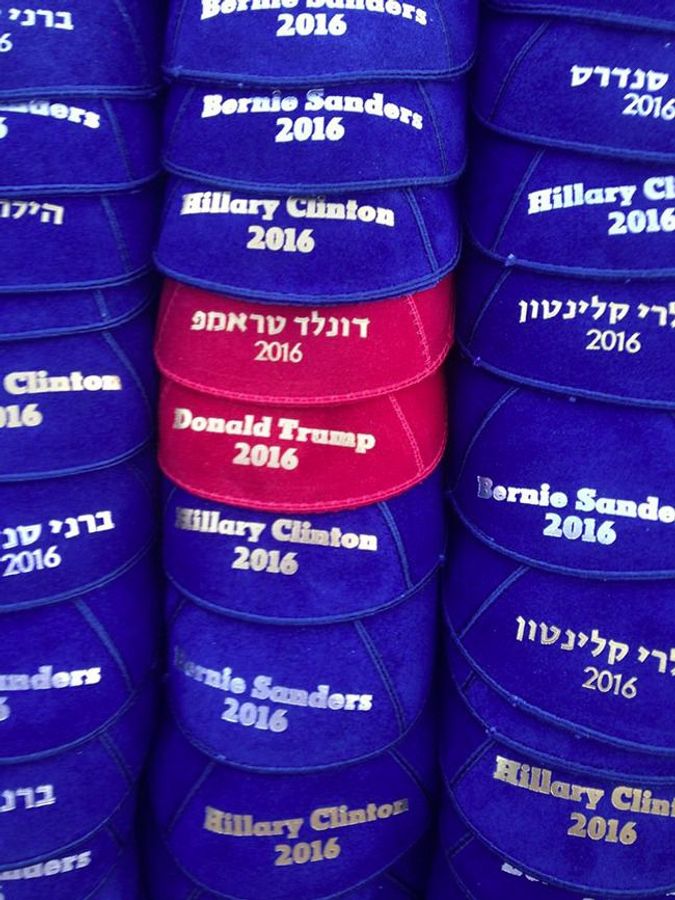 I first came across Marc in the New York Times’s coverage of the Iowa caucuses. They paper found him handing Marco Rubio a yarmulke and asking Rubio to wish the camera a “gut shabbos.” Rubio, instead, asked “boot shabbos?” And the internet, of course, loved it.

“I had no idea what to do at the time,” he told me, “but I knew I’d get attention if I brought my kippah. And I said ‘Donald, do you love Israel?’ And he said ‘I looooove Israel!’ And I said, ‘prove it. Sign my kippah.’ And he did.” 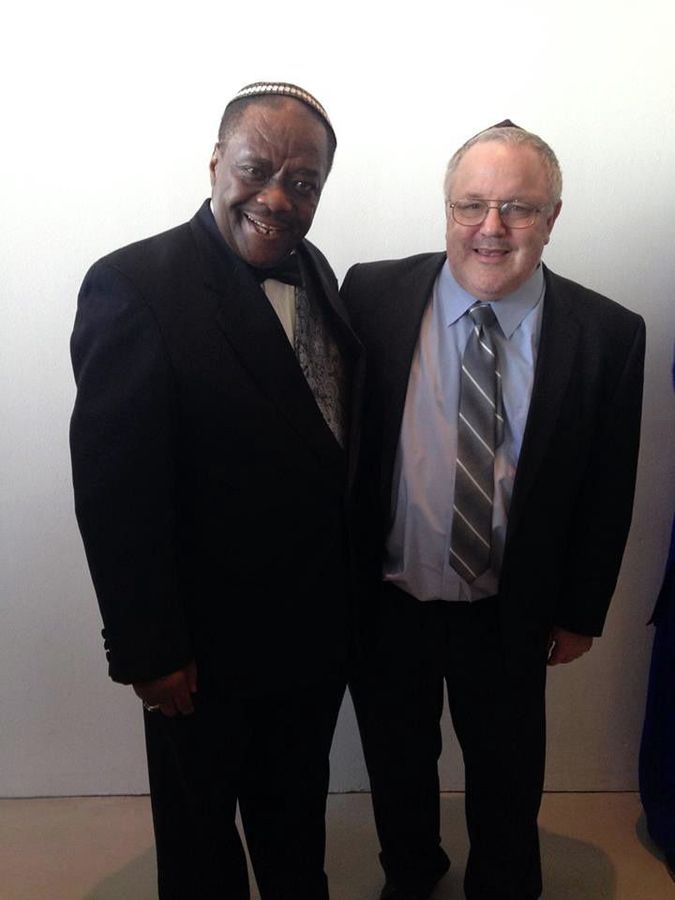 A few days later, he found himself at a Banquet for Rabbi Capers Funnye, with former Israeli ambassador Michael Oren in attendance. When he showed Oren and Funny the Kippah that Trump had signed, they lit up and said “that’s amazing!”

After the banquet, Daniels went back to Trump and told him how Funnye and Michael Oren loved his idea. Emboldened, he told Trump “if you get elected and [realize my vision] on the White House lawn, you will not only make America great again, you will make the planet great again!”

Continuing on the trail, at a rally for Jeb Bush, Daniels told the Jeb he had come to “ignite” his “smoldering bush-desire to weed out hate and sow the seeds of peace,” and gave him one of the famous Yarmulkes.

Later, during the same Bush rally, Daniels got more attention when, in response to Trump’s hateful rhetoric about Muslims, he yelled “Trump is a Putz!”

“I knew people would start tweeting about it,” he told me. “I said he’s putz because he has greatness within him and he’s wasting it. The best way for him to stop being a putz is help stage my ‘weed out hate’ event.” 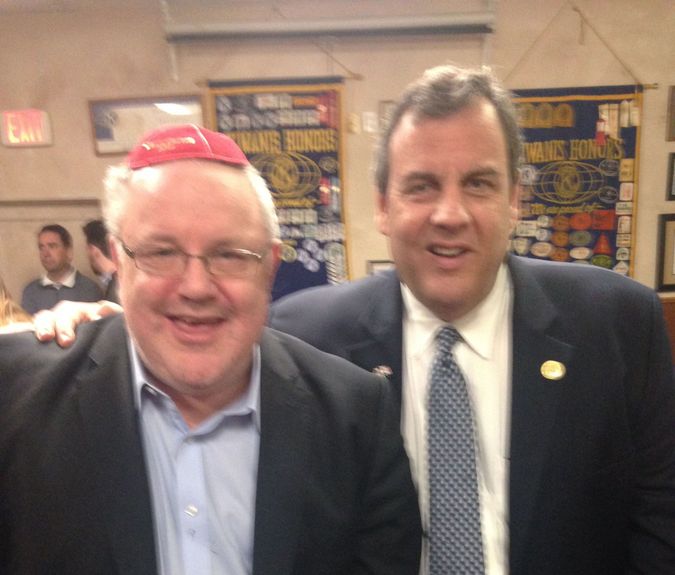 Marc and Chris Christie Image by Courtesy of Marc Daniels

But Marc is not a one-party kind of guy. When I asked him if he’d met Bernie Sanders, he told me that Bernie, the only Jewish candidate, wasn’t too big on his idea of sowing the seeds.

But Hillary Clinton was the one candidate who managed to get Daniels’s words to the crowd. At a rally for Hillary, Marc, who was in attendance, mentioned his “weed out hate” idea to her and Hillary responded with overwhelming enthusiasm.

“Thank you. Thank you so much,” she says in the video of the event, “I love that. It’s a great mission he’s on, to weed out hate. I think that’s especially appropriate here in Iowa. We’ve got to do everything we can to weed out hate and to plant understanding and more love and kindness.” 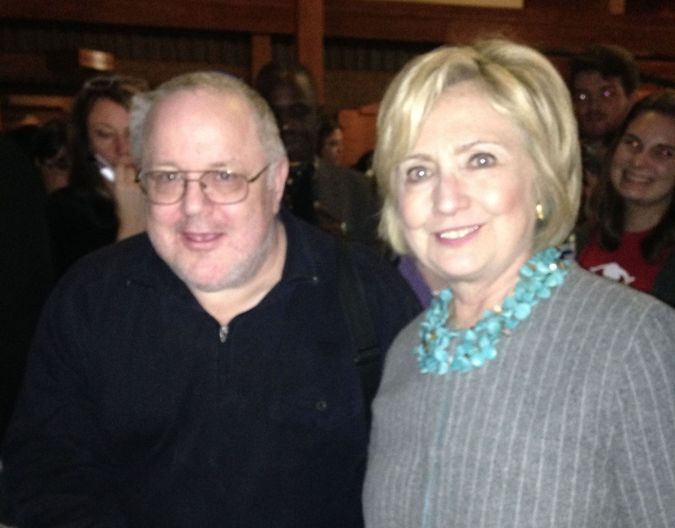 Marc with Hillary Clinton Image by Courtesy of Marc Daniels

In a piece about that rally, the AP attributed Marc’s idea to Clinton. And the line about sowing seeds also made it to the opening monologue of the “Tonight Show.”

“What I want people to know,” Marc says, “is that I read a lot about Jews in places like Iowa and New Hampshire who feel like their voices don’t matter. What they need to do is get out, go to the rallies and put on their yarmulkes.”

For Marc, the yiddishisms and the yarmulkes are both ways of standing out in the crowd. I like that. It’s the spirit of the macher.

Daniels is probably likely to get brushed off and laughed at more often than not. At times, he gets cut off at events. But with every disarming line, with every reporter unwittingly charmed and with every yarmulke handed to a candidate, a seed is sown. 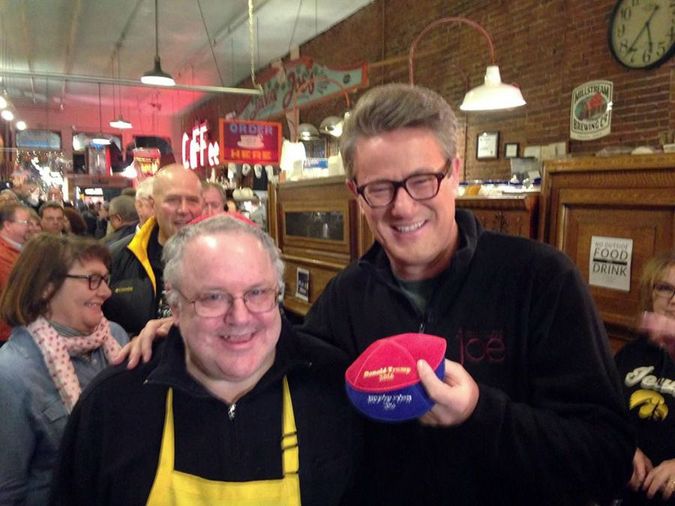 Of course, some people are cynical about Marc’s efforts. They call him an opportunist. They think he’s only in it for the money. But for Marc, that couldn’t be further from the truth.

“This is what I’m doing to give back,” he tells me.

Still, since he has rubbed elbows with all these candidates, I was curious as to who may have won Marc’s heart and vote.

“I am playing one against the other,” he confessed, “I call it political quantum dynamics. I’m just trying to make waves. But, yeah, I’ll go with the first one to do something with “Weed Out Hate”, the first to talk about sowing seeds of peace between Muslim, Christians and Jews, the first one to pull out a weed in the campaign.”

“So you’re just waiting for that weed to come out,” I remarked, concluding our conversation.

I don’t see his position as cynical. After all, don’t we all vote for the candidate that stands for our most important ideals? For Marc, those ideals are his seeds.