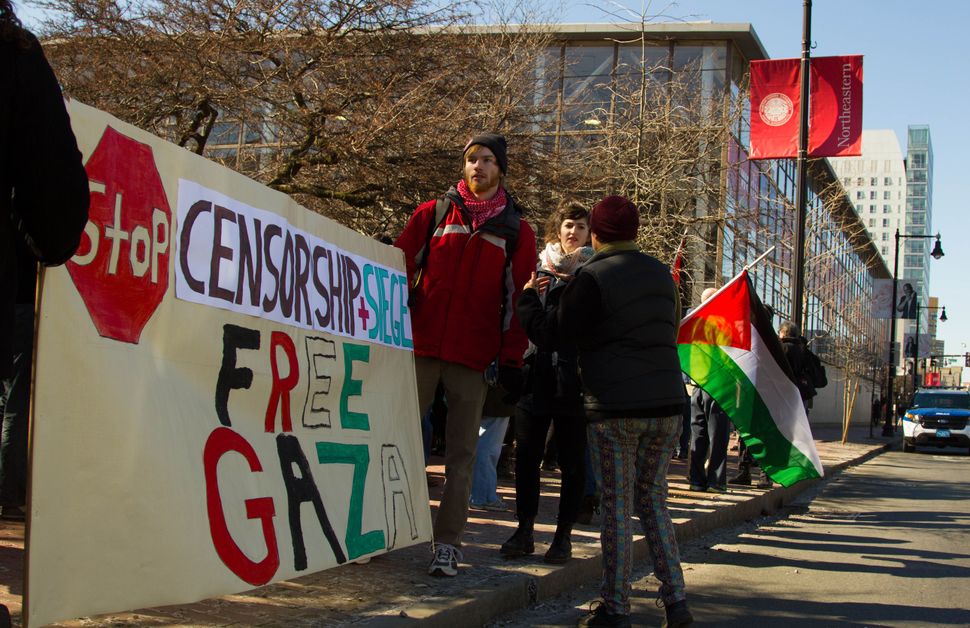 The campus movement focused on divesting, boycotting and imposing sanctions against Israel has been a major concern for the Jewish community in recent years and a driving force behind numerous initiatives and millions of dollars aimed at countering the movement. But just how effective has the BDS movement on university campuses been?

A new report by a major pro-Israel campus umbrella organization released Thursday suggest that, judging by numbers of events and their success, detractors of Israel have had a bad year.

In 2015, according to the Campus Trends Report compiled by the Israel on Campus Coalition, the number of anti-Israel events on university campuses dropped by nearly 15% while pro-Israel events were up by more than 21%. Direct BDS activities, including attempts to pass resolutions divesting from Israel in student governments and resolutions supporting boycott of Israel, were down by 66%.

Almost all other categories of anti-Israel campus activism registered significant declines, including the building of mock separation walls to protest the wall Israel erected around the West Bank, petitions against Israel, walkouts, and other anti-Israel legislative moves that are not tied to BDS. Small increases were seen in the number of public events such as protests and street theater shows critical of Israel.

Why the decline? According to ICC, this may have to do with the unusual tense period during the 2014 Israeli military operation in Gaza, which sparked a wave of anti-Israel activity on college campuses. “The fall 2014 semester saw an exceptionally high number of BDS campaigns, most likely a reaction to Israel’s operation in Gaza,” the report stated, noting that BDS activity is now down to the rate before the Gaza war.

“The anti-Israel campus movement is evolving,” said ICC director Jacob Baime. “We are seeing a shift away from BDS resolutions and toward protests, disruptions, and street theatrics.” Baime added that ”the campaign for an academic boycott of Israel is tenacious but has had limited success in driving a wedge between campuses in the United States and Israel.”

But while this decline, coupled with a surge in pro-Israel on campus activity, may seem as good news for supporters of Israel, ICC has pointed to the empty half of the glass, noting that pro-Palestinian students have increasingly joined forces with other campus groups, mainly those of minority students, to create an inclusive agenda that provides a larger platform for BDS supporters.

“A frustrated and opportunistic SJP has inserted anti-Israel language into the public demonstrations and grievance platforms of these campus agitators,” the ICC report stated, referring to Students for Justice in Palestine (SJP) as the main anti-Israel group active on college campuses. “These efforts constitute a defining trend within the anti-Israel movement, reshaping the strategy and reach of Israel’s detractors on American campuses.”

This collaboration, referred to as intersectionality, is based on the idea of a common cause shared by pro-Palestinian activists and other groups that represent oppressed populations.

For pro-Israel activists, according to the ICC report, intersectionality is emerging as the major cause for concern on college campuses, due its ability to amplify the Palestinian issue as part of a broader anti-establishment platform. The report lists several examples in which African-American students groups and Black Lives Matter activists added divestment from Israel to the list of their demands from campus administrators and faculty. Northwestern, Loyola in Chicago, and Oberlin College were among the universities where groups took these actions.