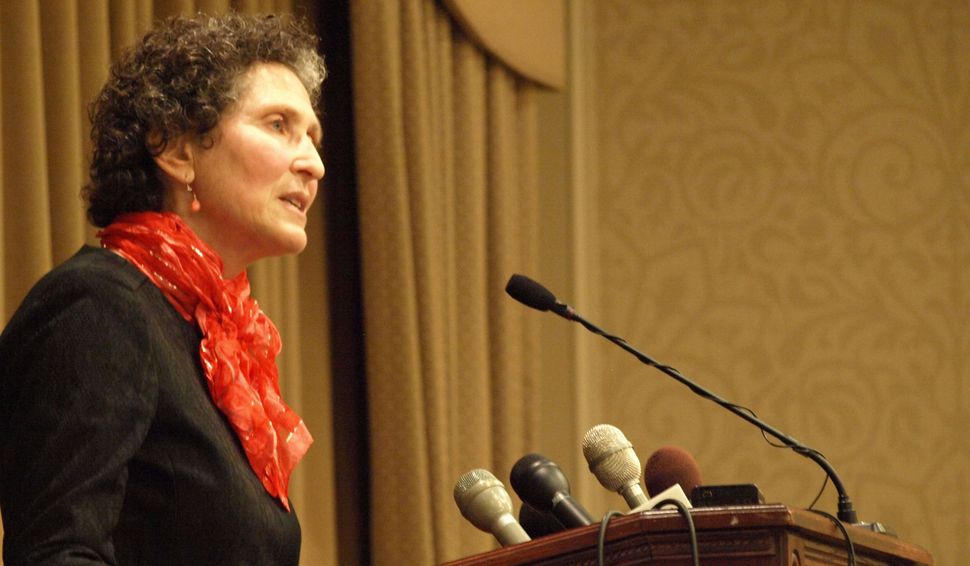 MILWAUKEE — As a young girl growing up in Connecticut, Judge JoAnne Kloppenburg, who sits on Wisconsin’s second highest tribunal and is now running for state Supreme Court, made what many would consider an unusual, albeit mature decision: She refused a bat mitzvah.

Kloppenburg, 62, recalls that she was active in her Conservative shul – The Emanuel Synagogue in West Hartford – and performed community service.

The problem? the Rabbi only allowed boys to read from the Torah. 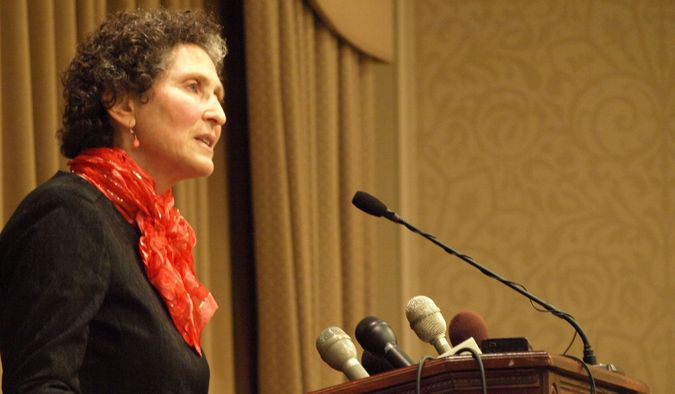 “I refused to have a bat mitzvah if I could I not read the Torah — I didn’t want something different from the boys,” Kloppenburg said. “I guess I showed that I was pretty independent and strong-willed.”

Those are traits she may need now, too. Kloppenburg is facing an ally of Wisconsin’s cutting-edge right-wing governor, Scott Walker, and is neck-deep in what many observers view as the most politicized judicial race in the country.

It is a race even more bitter than her unsuccessful run for a seat on the state Supreme Court in 2011. Kloppenburg has been attacked for being soft on criminals while her opponent, incumbent Justice Rebecca Bradley, has had to defend writings from 1992 in which she said, among other anti-gay comments, that homosexuals with AIDS had effectively chosen to kill themselves.

Kloppenbug, on the other hand, notes that she has “performed lots of same-sex weddings … it’s wonderful.”

As is typical of Wisconsin Supreme Court races in recent years — and increasingly in judicial elections across the country — both candidates have been supported, and attacked, by commercials funded by special interest groups.

Though this is technically a non-partisan race, Kloppenburg is garnering much of her support from Democratic circles while Bradley is the favorite of Republicans. Conservatives currently dominate the court by a 5-2 margin.

“If Kloppenburg wins it will be the beginning of the end of the Walker regime,” said Jeff Spitzer-Resnick, a Madison civil rights lawyer and president of Congregation Shaarei Shamayim in the state capital.

A Marquette University poll released Wednesday showed that Bradley was leading Kloppenburg by five percentage points. The poll showed showed 41% of the likely voters favored Bradley; 36% were supporting Kloppenburg and 18% were undecided. The poll had a margin of error of plus or minus 3.3.%

“If Kloppenburg wins it will be the beginning of the end of the Walker regime.”

Kloppenburg was elected to her current post, as chief justice of the state Court of Appeals, in 2012, after working as an assistant attorney general for 23 years. Her election came the year after she first ran for the Supreme Court and lost by about 7,000 votes, or less than .5%, in a contentious race against incumbent Justice David Prosser.

Kloppenburg is not particularly religious. She and her husband, Jack Kloppenburg, a retired University of Wisconsin professor, do not belong to a synagogue, though they attend services on the High Holidays and celebrate the other holidays with their adult children, Kloppenburg said.

Her sense of Jewish values, though, is a different matter. “Service to the world is what has guided my outlook in life,” she said.

After graduating from Yale University, where she earned a degree in Russian studies, Kloppenburg served in the Peace Corps in Botswana and then went on to attend law school at the UW.

The April 5 race between Kloppenburg and Bradley is being watched closely both locally and nationally.

While a student at Yale, she spent time in Leningrad in what was then the Soviet Union — it’s now St. Petersburg in Russia — where, she recalled, ”I walked everywhere and I wore my Jewish star.” She also met many Russian Jewish families. “They were very repressed,” she said, adding that despite the oppression, “the families [were] so enthusiastic and warm, and had a lot of spirit and a lot of spirituality.”

The April 5 race between Kloppenburg and Bradley is being watched closely both locally and nationally. Bradley was appointed to the court last year by Walker – the third judicial appointment he has bestowed on her. Walker, who dropped out of the presidential race last year, appointed Bradley, 44, to the Milwaukee County Circuit Court in 2012 and to an appellate court spot last year.

So far, it’s been a spicy, if not very judicial, race.

In February, it was disclosed that in 1992, while she was a student at Marquette University, Bradley penned a series of articles that included an anti-gay rant and a comparison of abortion to slavery and the killing of Jews.

In other college writings, Bradley referred to gay men as “queers” and said she had no sympathy for AIDS patients, referring to some as “homosexuals and drug addicts who do essentially kill themselves.”

Bradley has apologized for those writings, saying she no longer thinks that way. Kloppenburg has questioned how much Bradley views have changed since college.

Those stories were followed by a disclosure that in 2005 Bradley represented an ex-boyfriend in a child placement case after his divorce. The boyfriend’s ex-wife and the guardian ad litem for the couple’s son objected. The judge, however, said Bradley’s representation did not cross an ethical line – though several attorneys have questioned that judgement.

The Milwaukee Journal Sentinel story pointed out that Bradley was married at the time she had an affair with the man who later became a client.

The story infuriated Bradley, who demanded that Kloppenburg disavow the article. Kloppenburg has refused to do so.

“The facts about her record are fair game … it’s important for people to know,” Kloppenburg said. “I don’t care about her personal life … it’s her exercise of professional judgement when she chose to represent somebody she had been emotionally involved with… It was not a wise choice to make.”

Kloppenburg’s opponents have pointed to about a half-dozen cases in which her decisions sided with people convicted of various crimes, including one case involving a man convicted of showing a child pornographic materials. In a second case, the court agreed to reverse the conviction of a man charged with possessing heroin with the intent to sell it.

“They cherry picked a couple of cases,” said Kloppenburg, out of the hundreds she has heard on the bench, adding that judges cannot “approach these cases based on their personal beliefs” but must rule on the basis of the law.

One thing that has not been an issue in the race is Kloppenburg’s Jewish faith. It has not even garnered attention in the Jewish community. Many of Wisconsin’s Jews likely do not even know Kloppenburg is Jewish.

Kloppenburg seems to like it that way. Spitzer-Resnick, the civil rights lawyer and synagogue president, said he has known Kloppenburg through professional and social service work for many years. The subject of her religion has never come up, he said.

“We’ve not had a Jewish conversation,” he said.

Mordecai Lee, a former Wisconsin legislator who is now a professor at the University of Wisconsin/Milwaukee, noted that the state has elected Jewish politicians to office since the 1800s.

“I don’t think Wisconsin has always been the Garden of Eden of tolerance but it has not hampered people from seeking and winning elected office.”

“I don’t think Wisconsin has always been the Garden of Eden of tolerance,” said Lee, who noted that in 1940 his father changed his name from Levy to Lee. “But it has not hampered people from seeking and winning elected office.”

Wisconsin was represented in the U.S. Senate by two Jewish men from 1993 through 2010, when Democrat Russ Feingold lost a re-election bid. Herb Kohl, also a Democrat, represented the state from 1989 until he decided not to seek re-election in 2012.

“In Wisconsin both politically and socially we’ve made it,” Lee said. “By the time Herb Kohl was running it was really a nonissue.”

Still, Spitzer-Resnick noted, Jewish politicians in Wisconsin do not wear religion on their sleeves.

“I can’t remember a Wisconsin Jewish politician who was ultra-Jewish,” Spitzer-Resnick said. “[We] keep it personal to ourselves … but we don’t have to hide it.”

That seems to be the case in Kloppenburg’s race. She and her husband did belong when their three children – ages 22, 31 and 33 – attended Hebrew school. When asked, the judge said she was proud of her faith and “so glad that this year Passover comes after the election.”

And, yes, the couple’s son had a bar mitzvah and both of their daughters had a bat mitzvah.