Scott Walker Needs To Learn How To Say ‘Mazel Tov’ 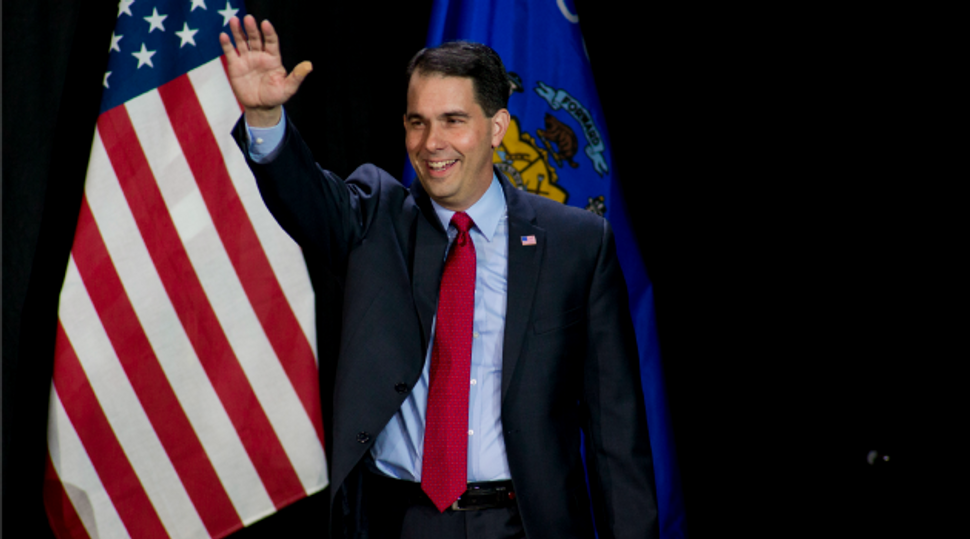 And the winner of best Hebrew flub 2014 is… Republican Wisconsin governor Scott Walker.

The 2016 presidential hopeful better brush up on his Hebrew. In a letter to a constituent leaked online, Walker seemingly confuses “Mazel Tov” with “Molotov.”

One Wisconsin Now dug up an undated letter that Walker sent in response to chairman Franklyn Gimbel’s request that he display a menorah during the holiday season:

Walker told Gimbel his office would be happy to display a menorah celebrating “The Eight Days of Chanukah” at the Milwaukee County Courthouse, and asked Gimbel to have a representative from Lubavitch of Wisconsin contact Walker’s secretary, Dorothy Moore, to set it up.

The letter is signed, “Thank you again and Molotov.”

Same diff, am I right?

Scott Walker Needs To Learn How To Say ‘Mazel Tov’