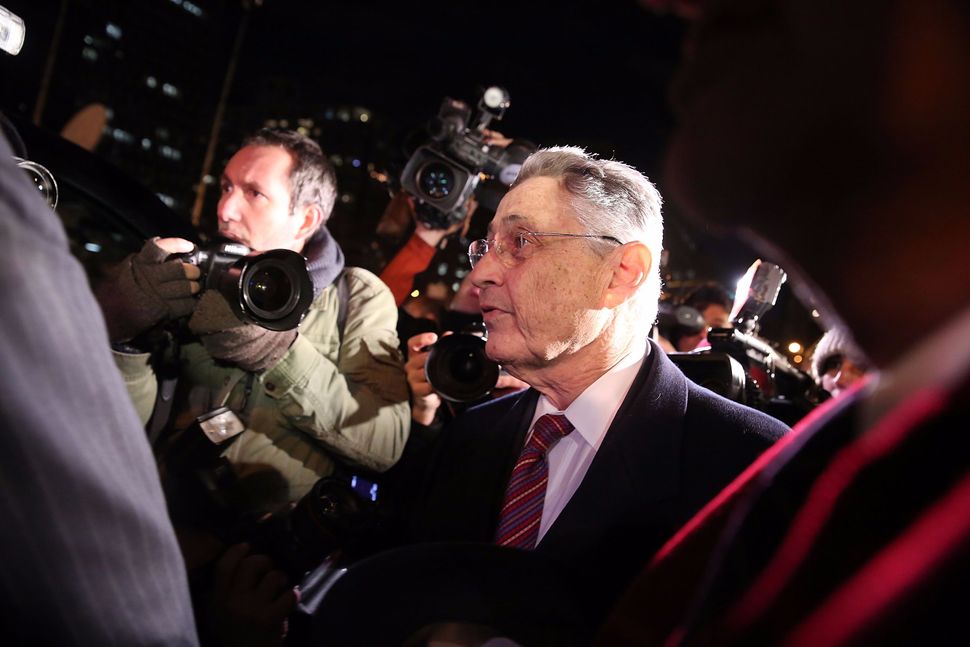 Jewish leaders are standing by their old friend, disgraced former New York State Assembly speaker Sheldon Silver, even after his conviction on charges of fraud and extortion.

Silver was an important and powerful benefactor for the organized Jewish community during his decades in power in Albany, and now prominent Jewish communal leaders are pleading for leniency ahead of Silver’s May sentencing, submitting letters to the federal judge who heard Silver’s case.

Letter writers include Malcolm Hoenlein, executive vice chairman of the Conference of Presidents of Major American Jewish organizations; Rabbi Menachem Genack, CEO of OU Kosher and Rabbi Yaakov Perlow, the Novominsker rebbe, who serves as the rabbinical head of Agudath Israel of America.

Perlow, in his letter, characterizes Silver’s corruption as “unfortunate deviations from legal strictures.”

If prosecutors have their way, Silver, 72, could spend the rest of his life in prison. In court filings, prosecutors asked that the federal judge overseeing the case sentence Silver to more time than any other New York State legislator has received for corruption offenses. According to the New York Times, that would mean a sentence of over 14 years.

In their messages to the judge, Jewish officials described Silver’s work on behalf of the community.

“In the four decades of our association, Mr. Silver volunteered his assistance, participation and support for many important civil and human rights, for advancing intergroup relations, and aiding charitable and communal undertakings,” Hoenlein wrote. “He did so without seeking public recognition.”

Silver was convicted on November 30 of receiving $4 million in return for using his position as Assembly speaker to benefit one medical researcher and two real estate developers. A federal prosecutor told the jury that Silver had governed “by Sheldon Silver [and] for Sheldon Silver.”

Defense attorneys revealed in exhibits attached to the sentencing memorandum that Silver was recently diagnosed with prostate cancer. He received treatment, and the cancer is currently in remission.

Genack’s letter, which was written on the stationary of his Englewood, N.J. synagogue and not of OU Kosher, the large kosher certification group he leads, told a story about Silver interceding to convince an insurance company to cover an ill man’s medical expenses.

“My impression of him as a friendly and good person hasn’t changed over the years,” Genack wrote.

Perlow, in his letter, acknowledged Silver’s crime, but argued for leniency. “I would respectfully urge that you focus on the entirety of Mr. Silver’s career — not just his unfortunate deviations from legal strictures,” Perlow wrote.