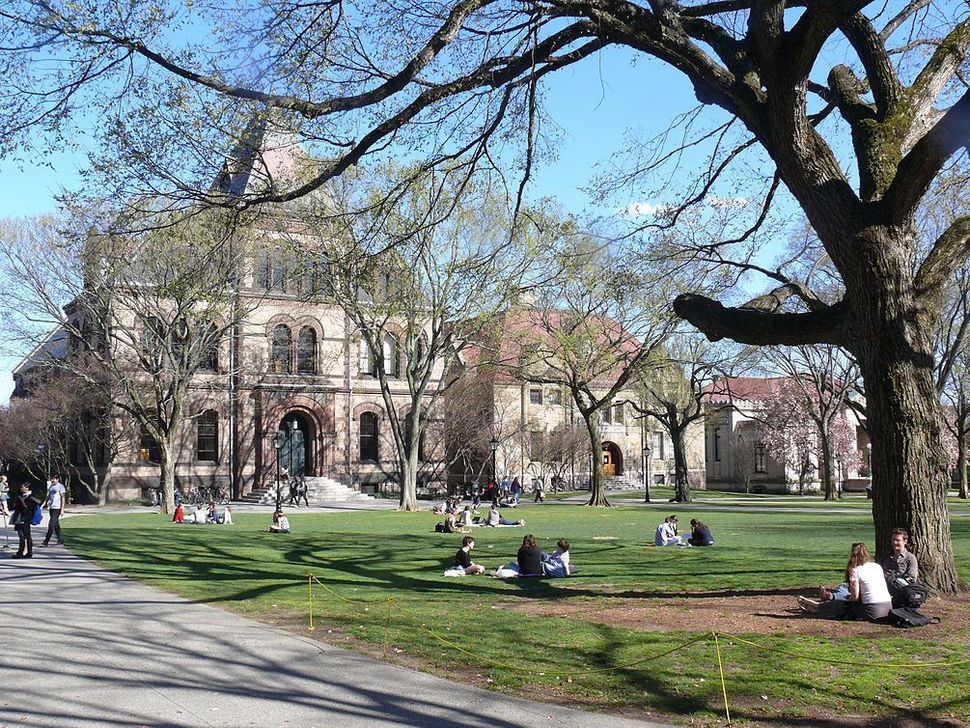 Jewish students at Brown University and Rhode Island School of Design decided to hold a May 11 event at their Hillel building focused on the Palestinian experience of Israeli independence in defiance of what they called “pressure” from Hillel International, according to two students with direct knowledge of the event who spoke anonymously to protect their relationships with all members of the Hillel community. 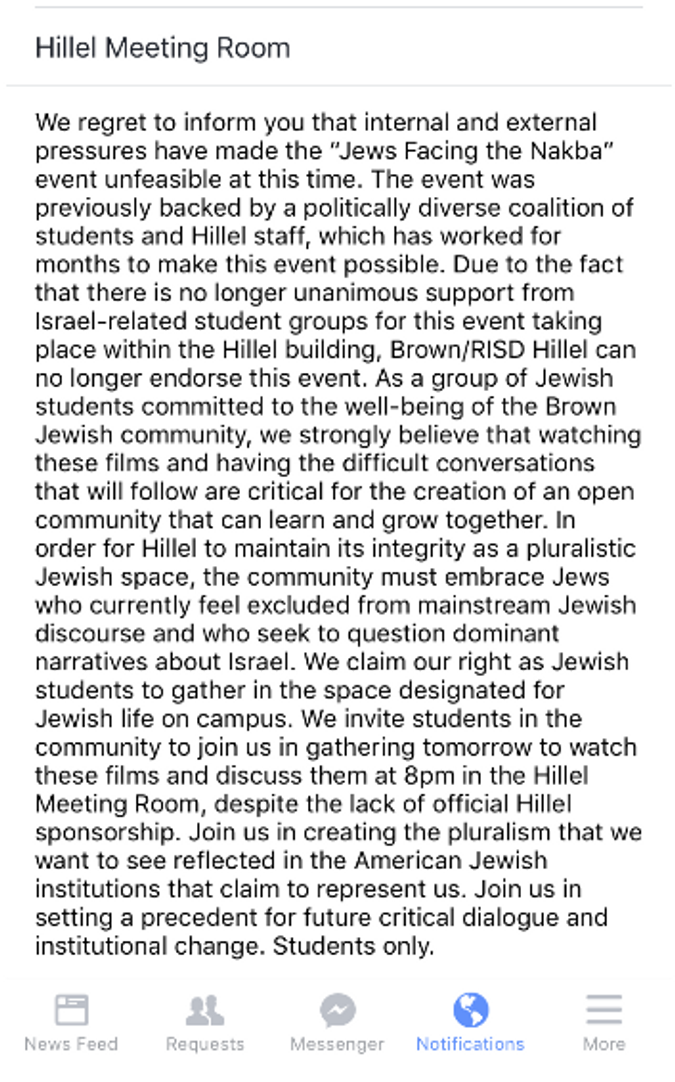 In a statement, Hillel International said it supported Brown RISD Hillel’s decision to cancel the event because the program was “inconsistent with Hillel’s mission and values.”

J Street U, Brown-RISD’s joint Hillel Student Board and Brown Students for Israel, the event’s original sponsors, had timed it to coincide with Israel’s independence day, Yom Ha’atzmaut, which started that night. It featured three short films made by Zochrot, an Israeli nonprofit, about the day, which Palestinians call the “Nakba,” or catastrophe, and was called “Jews Facing the Nakba.”

The event took place despite the cancellation because about 70 students decided to move ahead without the official backing of the original organizations.

“As a group of Jewish students committed to the well-being of the Brown Jewish community, we strongly believe that watching Zochrot’s films and having the difficult conversations that followed is critical, as we push for a more open community that can learn and grow together,” wrote the organizers of the event in a statement.

Some students agreed with the decision to cancel the event.

“While there is an abundance of anti-Zionist spaces at Brown, including students groups, courses, and university events that openly oppose the Jewish right to statehood, Hillel provides a rare and small safe space for students who believe in the national liberation movement of the Jewish people,” wrote Brown sophomore Ben Gladstone in an open letter to the Brown RISD Hillel published on Medium, an online forum. 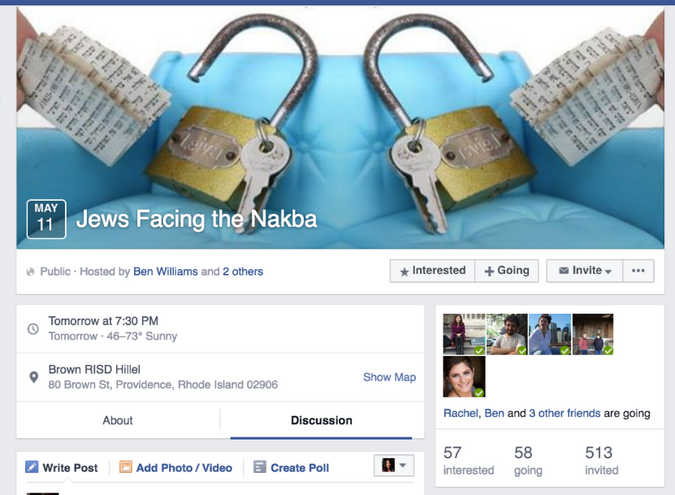 The name Zochrot means “Remembering,” and the group aims to educate people about what it calls the “injustices of the Nakba” and to redress those injustices by fighting for the return of Palestinian refugees or their descendants who left their homes during the war that erupted after Israel declared its independence.

Hillel International regulates the activity of its campus members in part through what it calls its “Standards of Partnership,”. The standards prohibit programs, partnerships or speakers who “delegitimize, demonize or apply a double standard to Israel,” or deny its right to exist. The guidelines also bar cooperation with anyone supporting boycotts, divestments or sanctions against the Jewish state.

On its website, Zochrot envisions “not only the physical return of refugees to this country, but also their appropriate and dignified integration in an equal, joint Palestinian-Jewish society.”

Four local Hillels have declared themselves “Open” — at Swarthmore College, Guilford University, Vassar College, Wesleyan University — to protest and reject the Standards of Partnership, but only Swarthmore and Guilford disaffiliated from the international organization and changed their names, said Rachel Sandalow-Ash, an organizer with Open Hillel, a group formed in 2013 at Swarthmore that tries to push the boundaries of acceptable campus discourse on Israel. Open Hillel calls on Hillel International to rescind its Standards of Partnership.

“In order for Hillel to maintain its integrity as a pluralistic Jewish space, the community must embrace Jews who… seek to question dominant narratives about Israel,” the event’s organizers wrote in their statement.

The students coordinated in private messages online and held the event an hour earlier than scheduled.

Now that it’s over, they say that the process of planning it has made them realize they need to rework their guidelines on programming about Israel and Palestine, said Brown junior Eital Schattner-Elmaleh, one of the organizers.

“We claim our right as Jewish students to gather in the space designated for Jewish life on campus,” the students stated in the Facebook post that announced their intention to hold the meeting anyway.