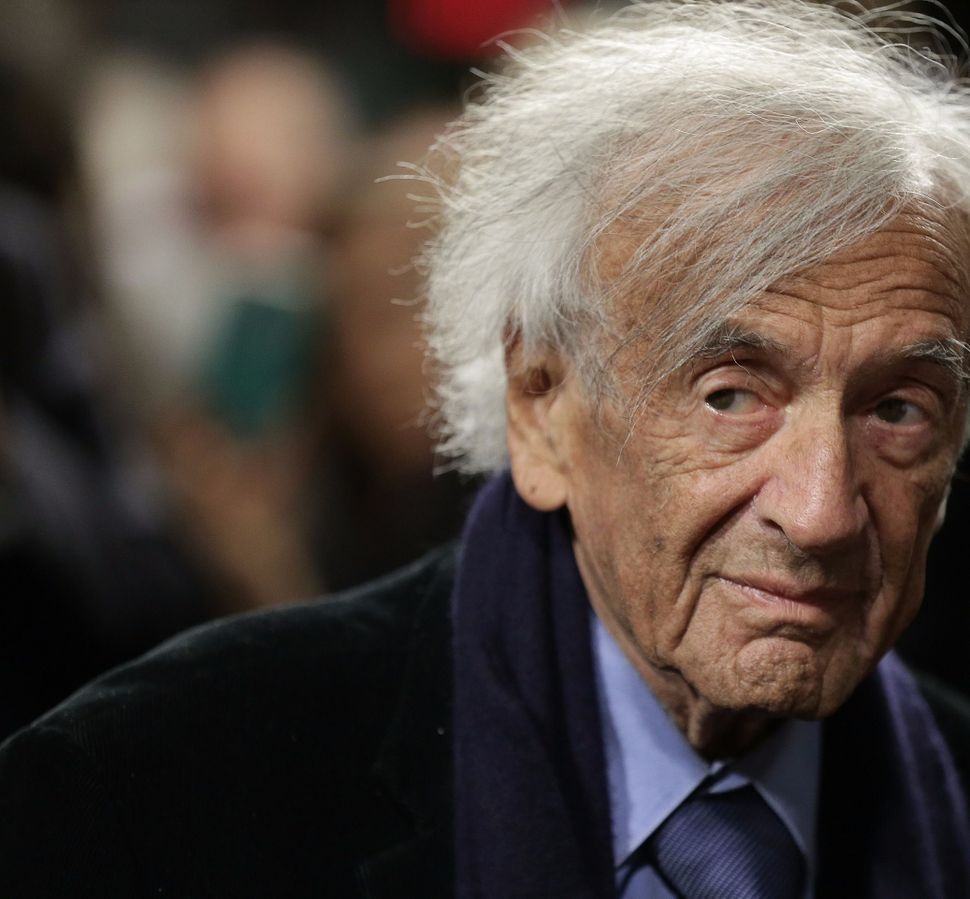 Wiesel, a philosopher, speaker, playwright and professor who also campaigned for the tyrannized and forgotten around the world, was 87.

The Romanian-born Wiesel lived by the credo expressed in “Night,” his landmark story of the Holocaust – “to forget the dead would be akin to killing them a second time.”

In awarding the Peace Prize in 1986, the Nobel Committee praised Wiesel as a “messenger to mankind” and “one of the most important spiritual leaders and guides in an age when violence, repression and racism continue to characterize the world.”

Wiesel did not waver in his campaign never to let the world forget the Holocaust horror. While at the White House in 1985 to receive the Congressional Gold Medal, he even rebuked U.S. President Ronald Reagan for planning to lay a wreath at a German cemetery where some of Hitler’s notorious Waffen SS troops were buried.

“Don’t go to Bitburg,” Wiesel said. “That place is not your place. Your place is with the victims of the SS.”

Wiesel became close to U.S. President Barack Obama but the friendship did not deter him from criticizing U.S. policy on Israel. He spoke out in favor of Jewish settlements in East Jerusalem and pushed the United States and other world powers to take a harder stance against Iran over its nuclear program. Wiesel attended the joint session of the U.S. Congress in 2015 when Israeli Prime Minister Benjamin Netanyahu spoke on the dangers of Iran’s program. 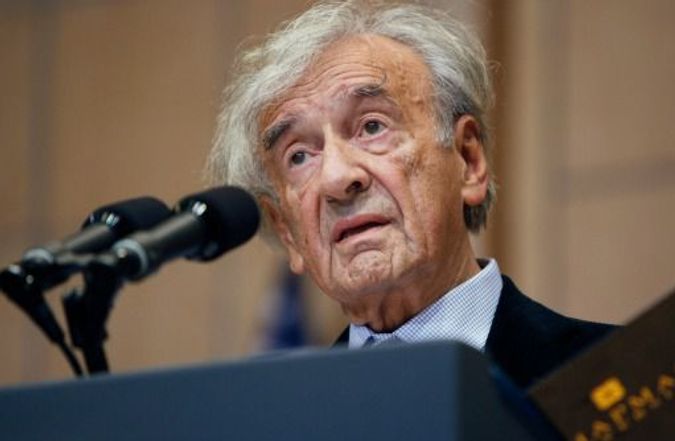 Wiesel and his foundation both were victims of the wide-ranging Ponzi scheme run by New York financier Bernie Madoff, with Wiesel and his wife losing their life’s savings and the foundation losing $15.2 million. “‘Psychopath’ – it’s too nice a word for him,” he said of Madoff in 2009.

Wiesel was a hollow-eyed 16-year-old when he emerged from the newly liberated Buchenwald concentration camp in 1945. He had been orphaned by the Nazis and their identification number, A-7713, was tattooed on his arm as a physical manifestation of his broken faith and the nightmares that would haunt him throughout his life.

Wiesel and his family had first been taken by the Nazis from the village of Sighetu Marmatiei in the Transylvania region of Romania to Auschwitz, where his mother and one of his sisters died. Wiesel and his father, Shlomo, ended up in Buchenwald, where Shlomo died. In “Night” Wiesel wrote of his shame at lying silently in his bunk while his father was beaten nearby.

After the war Wiesel made his way to France, studied at the Sorbonne and by 19 had become a journalist. He pondered suicide and never wrote of or discussed his Holocaust experience until 10 years after the war as a part of a vow to himself. He was 27 years old in 1955 when “Night” was published in Yiddish, and Wiesel would later rewrite it for a world audience.

Asked by an interviewer in 2000 why he did not go insane, Wiesel said, “To this day that is a mystery to me.”

By 2008, the New York Times said “Night” had sold an estimated 10 million copies, including 3 million after talk-show hostess Oprah Winfrey made it a spotlight selection for her book club in 2006.

In 1985 Wiesel helped break ground in Washington for the U.S. Holocaust Memorial Museum and the following year was awarded the Nobel Peace Prize. In typical fashion, he dedicated the prize to all those who survived the Nazi horror, calling them “an example to humankind how not to succumb to despair.”

Wiesel, who became a U.S. citizen in 1963, was slight in stature but a compelling figure when he spoke. With a chiseled profile, burning eyes and a shock of gray hair, he could silence a crowd by merely standing up.

He was often described as somber. An old friend, Chicago professor Irving Abrahamson, once said of him: “I’ve never seen Elie give a belly laugh. He’ll chuckle, he’ll smile, there’ll be a twinkle in his eye. But never a laugh from within.”

A few years after winning the peace prize, he established the Elie Wiesel Foundation for Humanity, which, in addition to Israeli and Jewish causes, campaigned for Miskito Indians in Nicaragua, Cambodian refugees, victims of South African apartheid and of famine and genocide in Africa.

Wiesel wrote more than 50 books – novels, non-fiction, memoirs and many with a Holocaust theme – and held a long-running professorship at Boston University. In one of his later books, “Open Heart,” he used his 2011 quintuple-bypass surgery as impetus for reflection on his life.

“I have already been the beneficiary of so many miracles, which I know I owe to my ancestors,” he wrote. “All I have achieved has been and continues to be dedicated to their murdered dreams – and hopes.”

He collected scores of awards and honors, including an honorary knighthood in Britain. Obama presented him the National Humanities Medal in 2009.

Wiesel was attacked in a San Francisco hotel in 2007 by a 22-year-old Holocaust denier, but not injured.

Wiesel and wife Marion married in 1969 and their son, Elisha, was born in 1972.—Reuters