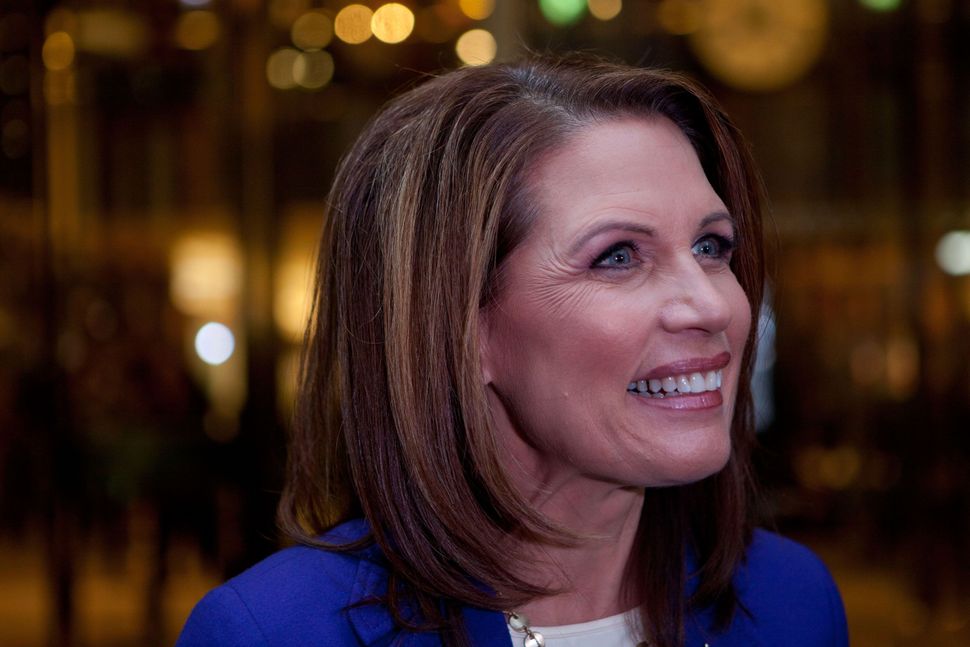 Michele Bachmann speaks to members of the media after meeting with Donald Trump at Trump Tower on 5th Avenue on November 21, 2011 in New York City. Image by Getty Images

Michele Bachmann said Donald Trump longs for the time when “even my Jews would say merry Christmas.”

The Republican former representative spoke fondly of Trump’s “churched background” and “1950s sensibilities,” in a clip from a Saturday interview published by watchdog Right Wing Watch.

In the interview with evangelical radio host Jan Markell, who has been involved in Christian ministries that seek to convert Jews, Bachmann admitted she is not sure of the presumptive Republican nominee’s religious beliefs. .

“I’m not here to certify where he is on the Christian scale because I honestly don’t know,” said Bachmann, who serves on Trump’s evangelical advisory board, “but I will say he’s very much 1950s common sense, he believes in a lot of things we believe in.”

The Minnesota Republican conceded Trump had not been her first choice candidate, but said he was the only option left to defeat Hillary Clinton and implied God may have chosen him to do so.

“What I kept thinking to, Jan,” she said, addressing the radio host, “was the Book of Daniel, and the Book of the Daniel, the essence of the book is that the most high God lifts up who he will and takes down who he will.”

Listen to the interview here: