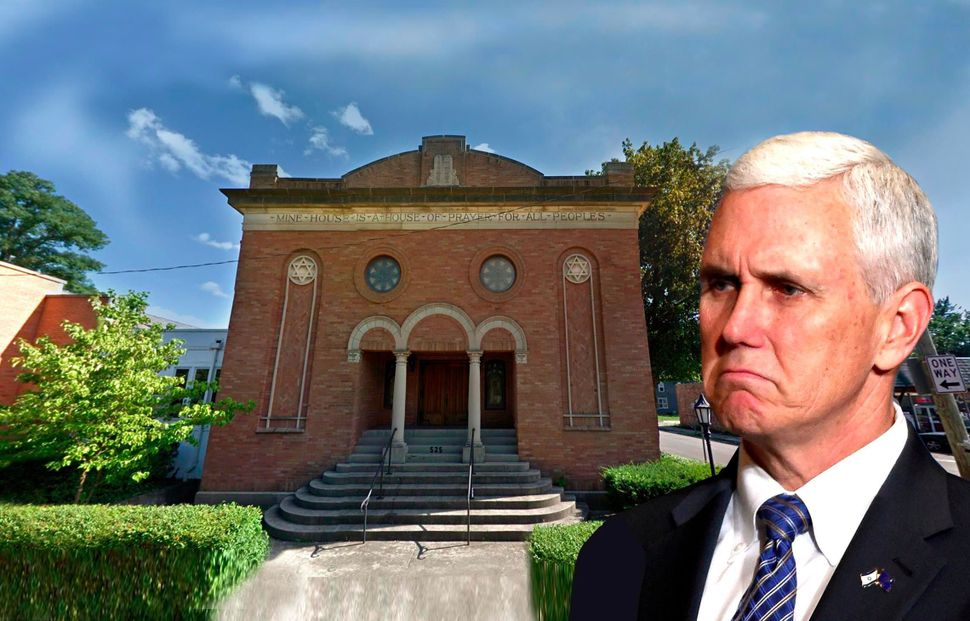 Temple Beth-El, an attractive red-brick Reform synagogue, has stood for 94 years at the corner of Jackson and Council streets in a leafy section of the city of Muncie, Indiana.

It’s never been a large congregation and mostly doesn’t hold services in the summer when some members are out of town and nearby Ball State University is on break.

Less than 50 miles away, the small Reform congregation Temple Beth Boruk sits in the town of Richmond in the building its occupied since 1963.

Indiana Gov. Mike Pence should at least know that these historic temples exist — or so say Indiana Jews.

Donald Trump’s newly minted vice presidential pick was the local congressman for the area in 2009 when he told an American Israel Public Affairs Committee conference that “I know of no synagogues in my district.”

Indiana-born Wendy Soltz, who has a PhD in American Jewish history, said it is typical for the average person in Indiana to not know about Jewish communities in their midst. But that it doesn’t excuse an elected official like Pence.

“It is shocking to have the representative not know about it,” she said. “It’s almost a joke … It shows he’s not really understanding who he’s representing.” 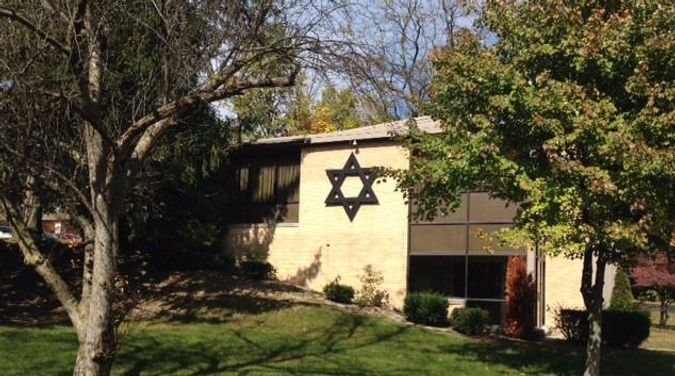 A member of Temple Beth-El, who did not want his name used, said he found it hard to believe Pence was unaware of the existence of the historic Jewish community. A spokesman for Pence did not immediately return calls for comment.

The synagogue member said the congregation is mostly comprised of liberal Democrats, few of whom likely supported Pence as representative of the sixth district in the U.S. House of Representatives or in his current position as governor.

“Pence has been a disaster for Indiana,” he said. “My friends have all said they wish he would be VP so he wouldn’t be our governor anymore.”

Part of Pence’s appeal is expected to be pro-Israel conservatives. He has been identified with the Christian right, which strongly supports Israel.

“Though I know of no synagogues in my district, let me say emphatically, like the overwhelming majority of my constituents, my Christian faith compels me to cherish the state of Israel,” Pence told the AIPAC gathering seven years ago.

Despite Pence’s claim, Temple Beth-El has deep roots in the city of 70,000 an hour’s drive northeast of Indianapolis, smack in the middle of the district that is 94% white and has voted reliably Republican for more than two decades.

When Temple Beth-El was formally organized in 1885, it had an initial membership of 19, according to temple records in the archive at Ball State University. By the 20th century, temple membership had dwindled to 14 people and it has relied upon visiting student rabbis and lay leadership for Shabbat and other services. The temple also provides a religious home to Jewish students studying at the nearby Ball State.

According to the archive, the building’s cornerstone contains a sealed box with souvenirs of local Jewish history, including a record of the first Jew in what had been known as “Munseetown,” and a diaper pin from the first Jewish male born in the newly-named Muncie.

An inscription on the building reads: “Mine House Is A House Of Prayer For All Peoples (which is from Isaiah 56:7)”

Soltz, who returned to Indiana to raise her children, said Pence’s ignorance about Jews reflects an embarrassing lack of interest in the various communities that live in the state.

The two synagogues in the sixth congressional district are typical of the shuls serving of the small communities of Jews that dotted smalltown Indiana before many moved to large urban areas like Indianapolis, Cincinnati or Chicago.

“Not only does it reflect on his lack of knowledge of what’s going on today and the diversity of Indiana, but it also reflects his ignorance of the story of Indiana,” she said.

As the 2016 election looms, the synagogue member said he and his wife were considering voting for Trump, despite being lifelong Democrats.

He said Pence on the ticket would make it an easy choice in November.

“If Mike Pence is VP, I won’t be voting for Trump,” he said.