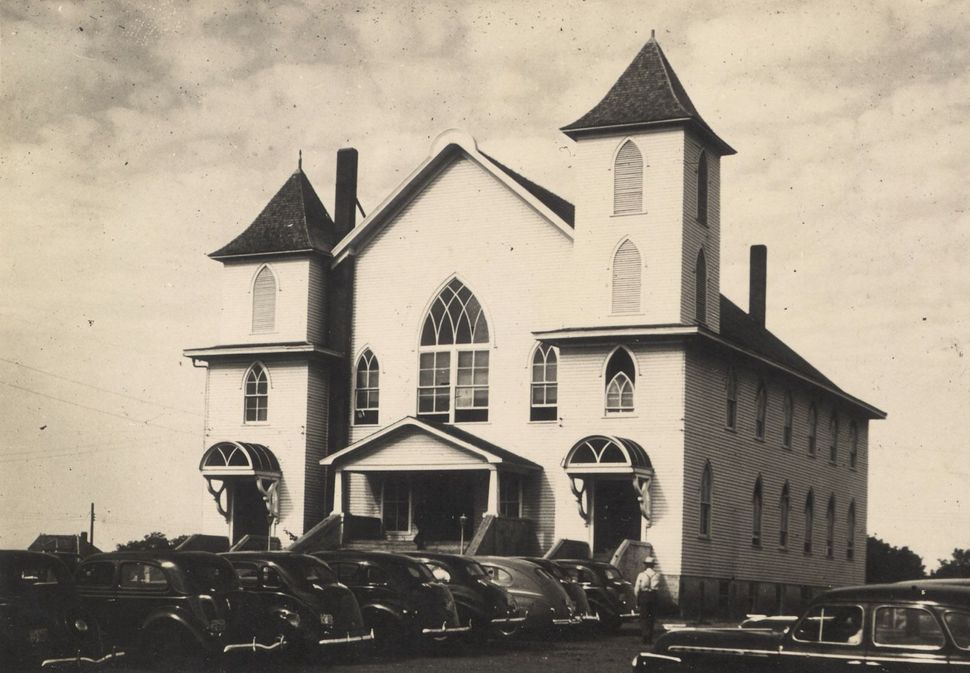 The boycott, divestment and sanctions movement claimed a landslide victory in Canada on the weekend of July 9 as the Mennonite Church Canada Assembly overwhelmingly supported a resolution backing the boycott of Israel.

All but one of the 350 delegates of the Canadian assembly supported the resolution, the website Mondoweiss reported. The Mennonite Church of Canada has a membership of more than 31,000, with hundreds of congregations across the country.

“We ask the Mennonite Church Canada General Board, along with regional churches, congregations, and members to avoid investing in or supporting companies that do business with Israeli settlements and the Israel Defense Forces,” the resolution read, “and companies that are profiting from the occupation of the Palestinian territories.”

Canadian Israel advocates condemned the move, saying the assembly has joined the “toxic ranks of the BDS movement” and that it was a “slap in the face” to Canadian Jews.

“We condemn the Mennonite Church of Canada’s decision to adopt a policy that discriminates against Israelis, hinders Palestinian economic opportunity, and ultimately serves as another barrier to peace,” said Shimon Koffler Fogel, from the Centre for Israel and Jewish Affairs, the advocacy agent of the Jewish Federations of Canada-UIA, in a press release.

The Mennonite assembly’s decision, Fogel said, signaled the “moral blindness and increasing marginalization of a denomination in decline.”

Mennonites are an Anabaptist group that has its roots in the Netherlands; facing religious persecution in Europe, members began immigrating to North America in large numbers in the 18th and 19th centuries. The church is now well known for advocating pacifism and nonviolence.

The American branch of the Mennonite Church, unlike their Canadian counterpart, delayed voting on a similar BDS resolution earlier this month. Some American delegates worried that the BDS resolution was “one-sided” and “edgy,” Mondoweiss reported on July 6, and the American Mennonites decided to table the resolution for a vote in two years.

Instead, American delegates passed another, more evenly-worded, resolution declaring “support for our Palestinian and Israeli partners in peacemaking.”

Many of these Christian groups have endorsed BDS, in part, as a response to a document signed by thousands of Palestinian Christians — including religious leadership from various denominations — known as the Kairos Palestine Document.