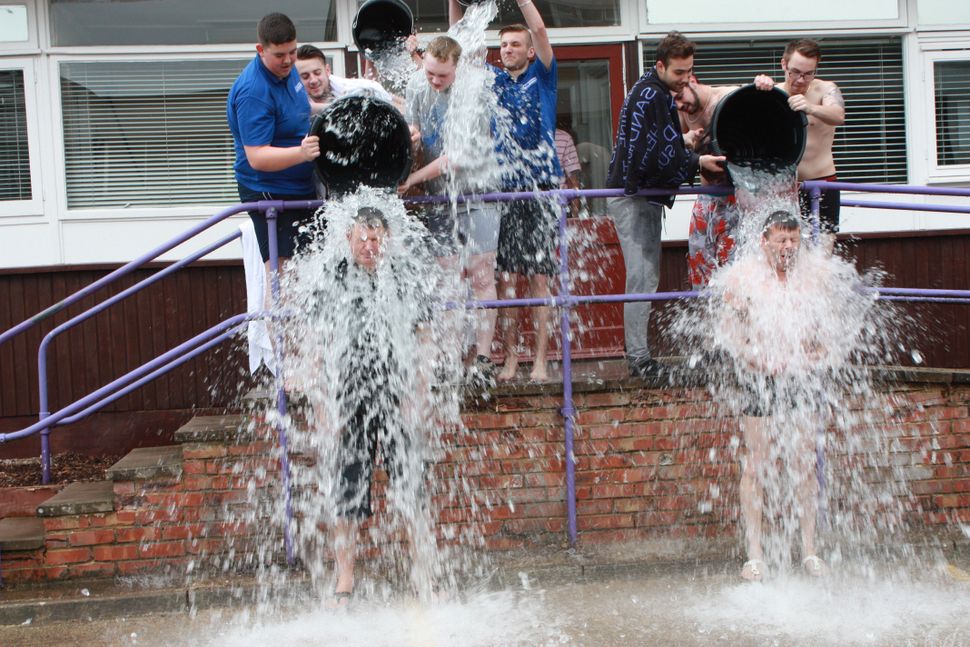 Two summers ago, thousands of people poured buckets of icy water on themselves and posted videos of it on social media in the name of a disease most had barely heard of — amyotrophic lateral sclerosis (ALS), somewhat better known as Lou Gehrig’s disease.

Although ALS, a neurodegenerative disorder that leads to permanent paralysis of movement and speech muscles and affects one out of every 50,000 people, has faded from its brief moment in the spotlight, it’s arguable that the dollar impact of the Ice Bucket Challenge, one of the most well-known charity campaigns of the past decade, is just now being felt.

According to Dorine Gordon, president of the ALS Association of Greater New York, the national foundation received more than $115 million in just eight weeks from people who participated in the Ice Bucket Challenge, while the overall campaign raised more than $220 million worldwide. Researchers at the Robert Packard Center for ALS Research at Johns Hopkins University are currently using money from the campaign to study different subgroups of ALS, including sporadic and familial, in the hopes of both finding a cure and helping advance research for such other diseases as cancer. Meanwhile, ongoing research has resulted in some promising findings; in July, scientists from the University of Massachusetts Medical School announced they’d discovered a gene, known as NEK1, which will help develop target therapy for the disease.

“Public awareness has certainly raised the bar significantly,” said Gordon, who had been working in ALS advocacy for 22 years prior to the Ice Bucket Challenge. “Now when we say ALS, people have an understanding of what it is.”

Started in connection with ALS by golfer Chris Kennedy, the Ice Bucket Challenge — pouring a bucket of ice-cold water on yourself, posting a video of it on social media and making a contribution to ALS research — unexpectedly turned into an Internet sensation when high-profile people such as Mark Zuckerberg, Oprah and LeBron James participated.

“It certainly helped us, and so we’re trying to keep up the momentum,” said Gordon, who was subsequently involved in starting a new campaign called “Every Drop Adds Up” so that people who remember the Ice Bucket Challenge every August can continue to donate.

Ten years ago, 25-year-old Lifshy Ajzenszmidt watched her father die from ALS within a year of being diagnosed. When she first saw videos of people (some wearing strange costumes) pouring water on themselves in the name of ALS, she said, “I felt my heart drop and my stomach churn. I felt that people were trivializing it by posting silly videos and casually using the acronym ALS without knowing what it meant.”

It was only after Ajzenszmidt saw the challenge play out on social media over several weeks that she realized that the campaign, unlike many other high-profile charity appeals, was actually succeeding in getting donations and increasing the general public’s understanding of the disease.

“Many people who had never heard about this disease became informed,” said Jeff Rothstein, director of the Robert Packard Center for ALS Research at Johns Hopkins University. “So at a minimum, it exposed [people] to what is this relatively rare disease.”

But does awareness necessarily lead to medical discoveries? Although developing new drugs takes at least 15 years, there’s evidence that the huge amount of money raised as a result of the Ice Bucket Challenge has affected the scientific process.

Rothstein told the Forward that although “You may not advance cure because cures take a long time in any disease. But have you upticked in the positive direction, the answer is yes.”

Back in 2014, Oxford philosophy professor William MacAskill criticized the Ice Bucket Challenge for its singular focus on a relatively rare disease. The research that’s benefited from the money the campaign raised hasn’t altered his opinion – he believes that people should donate their money without turning it into a performance.

“[The Ice Bucket Challenge] exemplified a bad approach to raising awareness about human diseases in particular and human suffering in general,” said MacAskill in an email.

“It’s hard to treat something if they don’t know the causes of it,” said Kelly, noting that while the Ice Bucket Challenge had extraordinary effect in bringing the disease into public awareness, most people still do not understand the devastating effect it has on those diagnosed with it.

Since John first started feeling ill in 2013, the Kellys have had to make a complete change of lifestyle, including having ramps installed in their house and getting a van to accommodate a wheelchair.

Under the name Team Kellster, the Kellys participate in yearly fundraising walks organized by the ALS Association and continue to hope that another high-profile campaign may one day help researchers find a cure.

“They’re trying things, but there’s no treatment for it,” she said. “You’re on your own and figuring out things as you go.”

Time will tell whether another campaign of such impact can be replicated.