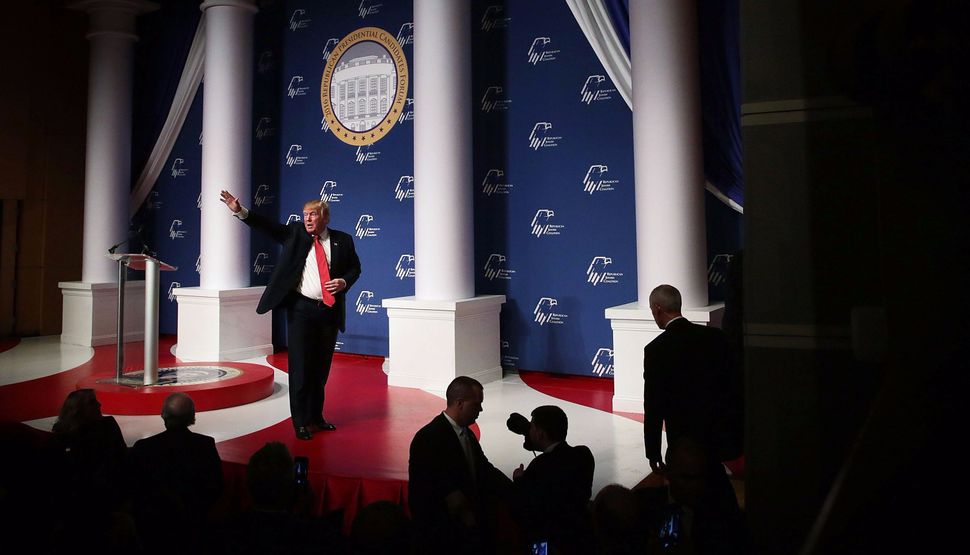 Jewish Republicans were watching the Democratic convention in Philadelphia very closely — and they didn’t like what they saw when it comes to Israel.

A 60-second video ad put out by the Republican Jewish Coalition Friday derided the Democrats as Israel-hating radicals.

The RJC’s recap of the week’s highlights include Georgia Rep. Hank Johnson calling Israeli settlers termites, the waving of a Palestinian flag on the convention floor, and the burning of Israeli flag outside the convention.

“Anti Israel voices are all around Philadelphia,” the RJC ad states. Expressing what could be seen as nostalgic longing to a time when, apparently, Jewish Republicans were sympathetic toward Democrats, the ad concludes:

RJC executive director Matt Brooks said in a statement that the Democratic convention was a hotbed of anti-Israel sentiment.

“While strong support for Israel was once a bipartisan issue, after this week it’s clear a vocal and growing number of Democrats no longer believe in our crucial alliance,” Brooks said.