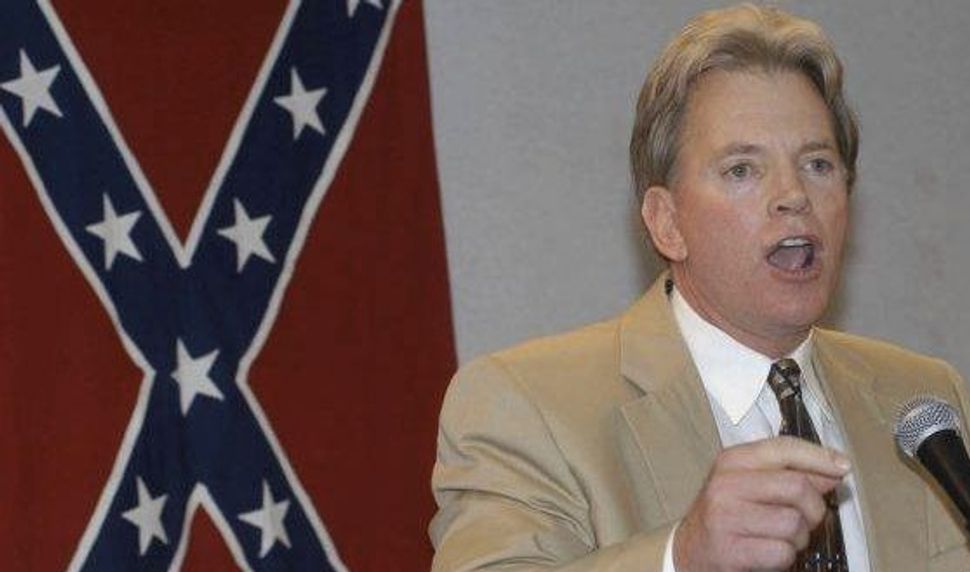 An overwhelming majority of Louisiana residents hold an unfavorable view of racist Senate candidate David Duke, according to a new poll from the University of New Orleans. Duke, a former leader of the Klu Klax Klan and an avowed anti-Semite, recently announced his campaign.

The poll, which took responses from 614 people across Louisiana, showed a largely uniform 80% rejection of Duke regardless of race, gender and party affiliation. However, it also found that older voters disliked Duke by a margin of 10-to-1; younger voters were twice as likely to have a positive view of him. The study suggested that older voters remember Duke’s previous runs for political office in the 1980s and 1990s.

Thirteen percent of respondents said they would vote for Duke in the upcoming Republican primary.

“The poll indicates that there is a wholesale rejection of Duke’s candidacy by likely Louisiana voters,” said Edward Chervenak, director of the Survey Research Center at UNO. “Eighty-four percent of respondents in our poll reported that they would not vote for David Duke in the primary and three-quarters of them declared that they would not vote for him even if he ended up in the runoff against a Democrat.”

The Survey Research Center conducted the by automated phone call on July 27 and 28, less than a week after Duke announced his candidacy.

David Duke has recently been in the news for saying online that he would make a great pick for vice president, and for saying that Jews are the reason America is “not great” anymore. Trump has been seen by many as egging on and encouraging white supremacists and racists like David Duke. In February Trump dodged a question about condemning Duke and the Klu Klux Klan, drawing outrage from Republicans.

Duke has also been in the news for saying that comparing Trump to Hitler is flattering—for Hitler.