Explainer: Does the Black Lives Matter Platform Single Out Israel? 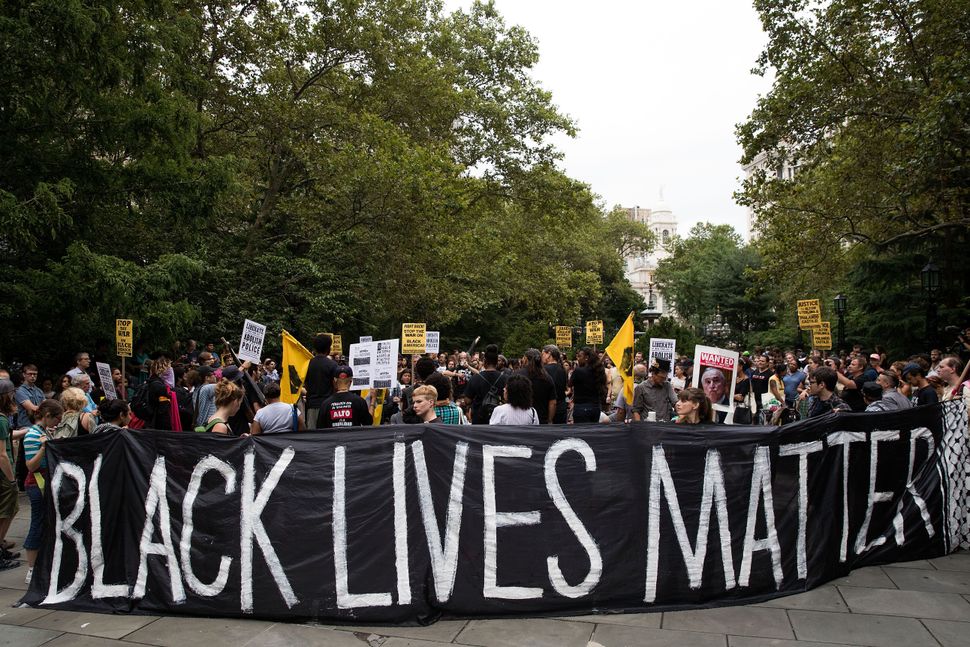 “The US justifies and advances the global war on terror via its alliance with Israel and is complicit in the genocide taking place against the Palestinian people,” the statement reads.

Does it really single out Israel? Here’s what you need to know:

Who released the platform?

1. The Movement for Black Lives, a coalition of more than 50 groups, fighting for the rights of black people and against policy brutality published the platform on Monday, “to articulate and support the ambitions and work of Black people” and “assert a clear vision” of its worldview.

What is the platform?

2. It contains six kinds of goals and demands. “Invest-divest,” is the section that contains the controversial statement on Israel. Others include: “End the war on black people,” “Reparations,” and “Political power.”

3. The “invest-divest” section focuses on domestic issues but also addresses U.S. aid to Israel and argues for a cut in military spending.

What does it say about Israel?

4. It singles out Israel as the recipient of $3 billion in U.S. aid, calling it “a state that practices systematic discrimination and has maintained a military occupation of Palestine for decades.”

5. The platform seems to imply that Israel benefits from military aid to Egypt. It invokes the fact that together the two countries receive close to 75% of U.S. aid money, and claims that Egypt is “Israel’s most important regional ally.”

7. It does not specifically call for addressing human rights abuses in or a cut in aid to Egypt.

8. The document criticizes the U.S. requirement that Israel spend three quarters of its military aid on U.S.-produced arms, arguing that it supports “hundreds of arms corporation, who then wage lobbying campaigns pushing for even more foreign military aid.”

What does the platform say about foreign policy in other countries?

9. The section on military policy identifies 25 countries by name, in which it says the American foreign policy has a negative effect, but Israel is the only country criticized for its domestic policy.

10. The countries mentioned include 17 in Africa, two in Central America, one in South America, four in the Middle East and one in the Caribbean.

11. It promotes shifting government spending from military aid to domestic development, arguing that U.S. wars hurt black people across the world: “America is an empire that uses war to expand territory and power. American wars are unjust, destructive to Black communities globally and do not keep Black people safe locally.”

Who is the Movement for Black Lives working with on this?

12. Out of the 11 groups listed as advancing “invest-divest” goals, three of them are primarily dedicated to advancing Palestinian rights or opposing Israel’s military occupation, including Israeli human rights group Adalah, the U.S. Campaign to End the Israeli Occupation, and the pro-Palestinian group the Institute for Middle East Understanding.

What do Jewish groups think about this?

13. Some Jewish allies have denounced the platform. T’ruah: The Rabbinic Call for Human Rights, a longtime supporter of the Black Lives Matter Movement, said it was “extremely dismayed at the decision to refer to the Israeli occupation as genocide,” a statement.

14. Others have embraced it. Pro-Palestinian group Jewish Voice for Peace wrote on Twitter that it “endorses the Movement for Black Lives platform in its entirety, without reservation.”

Explainer: Does the Black Lives Matter Platform Single Out Israel?