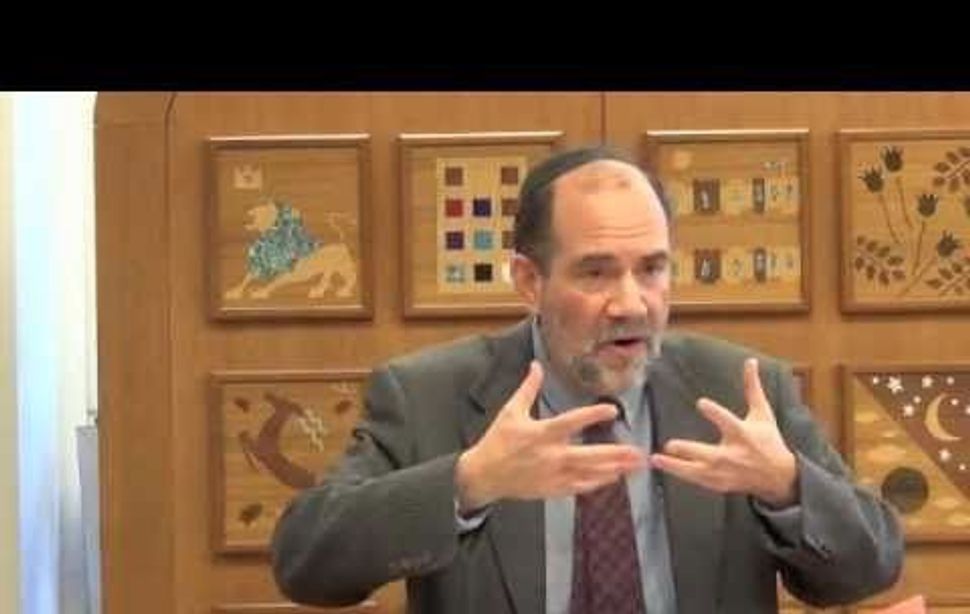 A rabbi who made headlines for taking young male congregants on sauna trips has found a new job as a spiritual advisor in a health center in Westchester, New York.

Rabbi Jonathan Rosenblatt is providing spiritual and psychological counseling at Scarsdale Integrative Medicine, a medical center that combines traditional Western medicine with alternative treatment according to its website.

The health center lists Rosenblatt as a counselor and makes no mention of his controversial past, but states he has a wide range of counseling experience.

In May 2015, the New York Times exposed that Rosenblatt had been taking trips to the sauna with boys from his congregation, the Riverdale Jewish Center, after taking them to play racquetball. While there were no reports of inappropriate touching, some congregants were disturbed by the unusual activity.

Rosenblatt resigned from his position as senior rabbi of the Orthodox Riverdale synagogue in February.

Rosenblatt’s lawyer, Meyer Koplow, said the health center had hired the controversial clergyman for his pastoral skills, according to the Riverdale Press.

“Rabbi Rosenblatt, over the years, did a lot of work at various hospices,” said Meyer Koplow. “At one of the hospices where he worked, he did a lot of work with one of the doctors in Scarsdale Integrative Medicine. When that doctor became aware that the rabbi was free of his responsibilities at the RJC, he reached out to the rabbi to ask whether he would be interested in doing counseling in this group practice he has.”

But Sura Jeselson, who was involved in recording complaints against Rosenblatt in the 1980s, worried the new position could provide him with new opportunities for inappropriate behavior.

“If he were planning to be an accountant or a bookkeeper, I wouldn’t have a comment. He is doing the same sorts of things that got him into these sticky situations,” the Riverdale Press quoted her as saying.