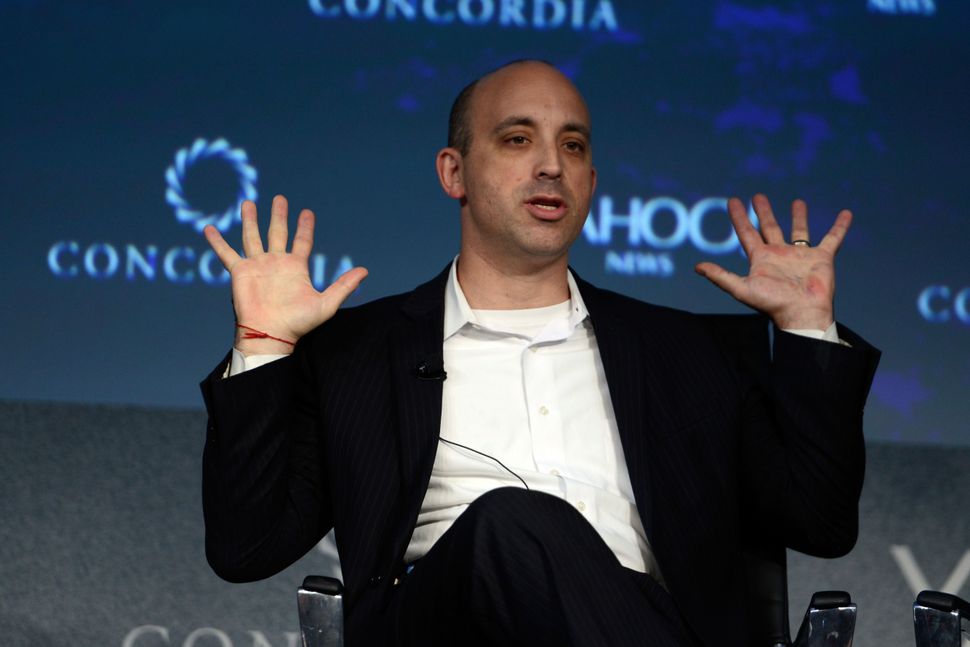 An institutional dispute among two storied American Jewish groups — the Anti-Defamation League and the Zionist Organization of America — has come to a head in public.

“We’re a civil rights organization. The ZOA is not,” ADL head Jonathan Greenblatt said in an August 5 interview with the Jewish Telegraphic Agency. “They’ve been doing this [criticizing us] for over 20 years so you can draw your own conclusions.”

The ZOA fired back in an August 10 release on their website, refuting Greenblatt’s characterization, calling themselves “one of the major civil rights organizations today, fighting anti-Semitism and bigotry on several fronts, including through its campus department.”

ZOA head Morton Klein elaborated in an interview with the Forward. “We are a civil rights group, for Jews,” Klein said.

“Our mission is [to advocate for] Jews and the Jewish homeland. We are a civil rights group, but not for everybody.”

Greenblatt could not be reached for comment before publication.

This comes as the ADL seeks to broaden their support for civil right causes outside the Jewish world and the ZOA doubles down on their opposition to pro-Palestinian activism on campus.

The rise of Black Lives Matter, the largest civil rights movement of recent memory, has brought the differences between the ZOA and ADL into sharper focus. The Black Lives Matter movement has aligned itself with the Palestinian cause and called for the boycott of Israel, and Jewish groups have been struggling to define their relationship with the racial justice movement.

Greenblatt, who took over the ADL in 2015, has sought to broaden the organization’s image, and woo younger millennials, from one focused solely on anti-Semitism and Israel. Part of this effort has been to align the ADL with the cause of racial justice in America and to combat what they see as a rising tide of Islamophobia.

This has included providing educational material about the Black Lives Matter movement (though noting they had not “endorsed” the movement) on the ADL website and calling anti-black racism among the nation’s most pressing problems.

Amidst Jewish uproar over a new Black Lives Matter-aligned manifesto which charged Israel with committing “genocide” against Palestinians, Greenblatt also condemned the language — but still sought to support the cause of racial justice as championed by Black Lives Matter.

Greenblatt has also called on Donald Trump to “take a stand against anti-Semitism,” after the presidential candidate posted an image online of Hillary Clinton that evoked anti-Semitic tropes.

Meanwhile, Klein has praised a number of Trump’s moves, particularly saying that profiling Muslims could be an effective measure to deal with Islam-inspired terrorism in the United States.

As the ADL has sought to broaden their message, the ZOA has blasted the ADL repeatedly over the last months.

In May, Greenblatt chose to speak at a “pro-peace, pro-Israel” J Street U conference, saying it was “vital to engage with all members of our community, even and especially those with whom we might disagree.”

Klein was deeply critical of Greenblatt’s decision, calling him out publicly, specifically for statements he made during the speech that suggested Israel and the Palestinians shared “equal responsibility” for failed negotiations and the ongoing conflict and occupation.

Klein’s criticism of Greenblatt also took on a personal tone, moving beyond institutional differences. Klein called Greenblatt “a newcomer” who “may not be familiar with all the facts.”

Greenblatt defended his decision to speak at the J Street student conference.

“I see an opportunity to deliver an important message to these impassioned students who are galvanized by the imperative to achieve Israeli-Palestinian peace,” Greenblatt said. “At ADL, we equally want to see a resolution of the conflict.”

And in June, the ZOA publicly criticized the ADL for the constitutional objections that the ADL has raised to legislative efforts to block BDS.

Meanwhile, this year the ZOA has doubled down on its efforts to highlight anti-Semitism on college campuses. These efforts have focused, almost exclusively, on a Palestinian advocacy group called Students for Justice in Palestine, which the ZOA calls a “hate group.”

In February The ZOA issued a long letter about what they said was rampant anti-Semitism at City University of New York and called for SJP to be fully investigated.

The ZOA’s efforts prompted an independent investigation — still ongoing — and their descriptions of CUNY as a hotbed for anti-Semitism even prompted discussions of state de-funding of the university.