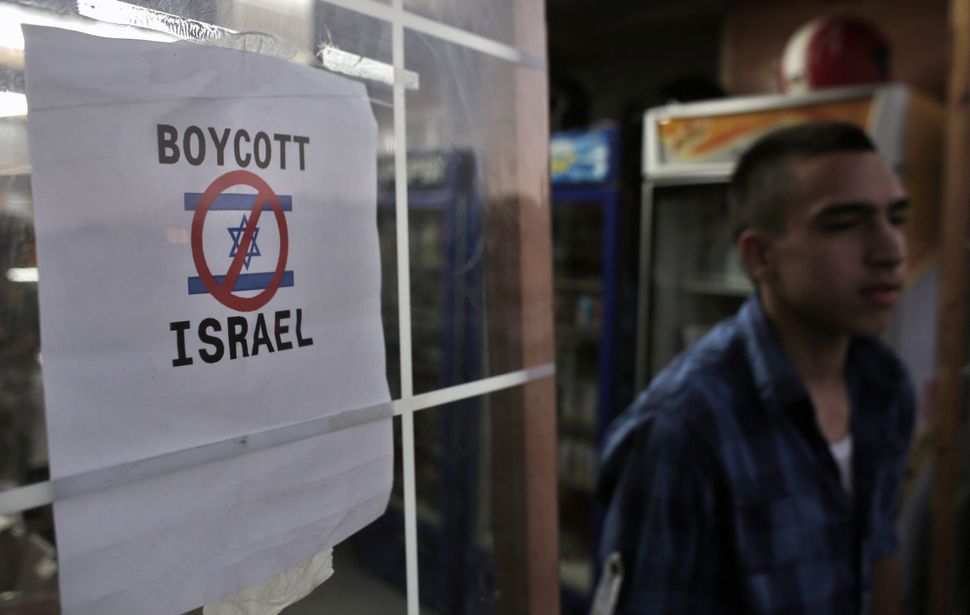 The New York City Council is moving to consider a resolution condemning boycotts of Israel next week.

The council’s Committee on Contracts is scheduled to consider a resolution next Thursday, Politico reported, that would condemn “all efforts to delegitimize the State of Israel and the global movement to boycott, divest from, and sanction the people of Israel,” according to the most recent draft language of the resolution.

The resolution was originally introduced in May and is sponsored by Councilman Andrew Cohen (D-Bronx).

The resolution calls Israel “far and away the most democratic and open society in the Middle East” and “an ally of the United States [with] a long-standing relationship with the City of New York.”

It also notes that the city “has the largest population of Jewish residents in the nation and is home to the largest Jewish community outside of Israel.”

Among other criticisms of the BDS movement, the draft says that the “BDS Movement does not recognize the right of the Jewish people to national self-determination,” and that “some of the BDS Movement’s supporters and leaders have trafficked in unacceptable anti-Semitic rhetoric, including comparison of Israeli policy to that of Nazi Germany.”

The original language of the resolution was in support of bills under consideration in the state legislature that would have added purchasing restrictions for individuals and companies engaged in “politically motivated actions intended to penalize or inflict commercial harm on Israel” and would have declared that persons and entities engaged in boycotting Israel “would be ineligible for state contracts.”

But the latest version is a more simple condemnation of BDS and makes no mention of state contracts.

This is a resolution — and not legislation — but this comes as efforts to combat BDS through legislation are spreading across the country. In June, Governor Andrew Cuomo ordered agencies under his control to divest themselves of companies and organizations aligned with BDS.

Critics of the anti-BDS legislation, including the advocacy group Palestine Legal have defended the BDS movement. They say that boycotts “are a constitutionally-protected form of speech, association and assembly, and have a long history of being used successfully to address injustice and demand political change.” Critics also charge that legislation targeting BDS is an infringement of that speech.

Proponents of anti-BDS legislation say that it is acceptable for a state or city to make stipulations as to which companies they do business with and that the laws do not limit free speech.

Eugene Kontorovitch, who has acted as a consultant to legislators, wrote in Tablet Magazine that many of the “new laws only relate to state contracting and public pension funds’ investments” which means that they “limit a state’s business relationships with companies that discriminatorily limit their own business relations.”