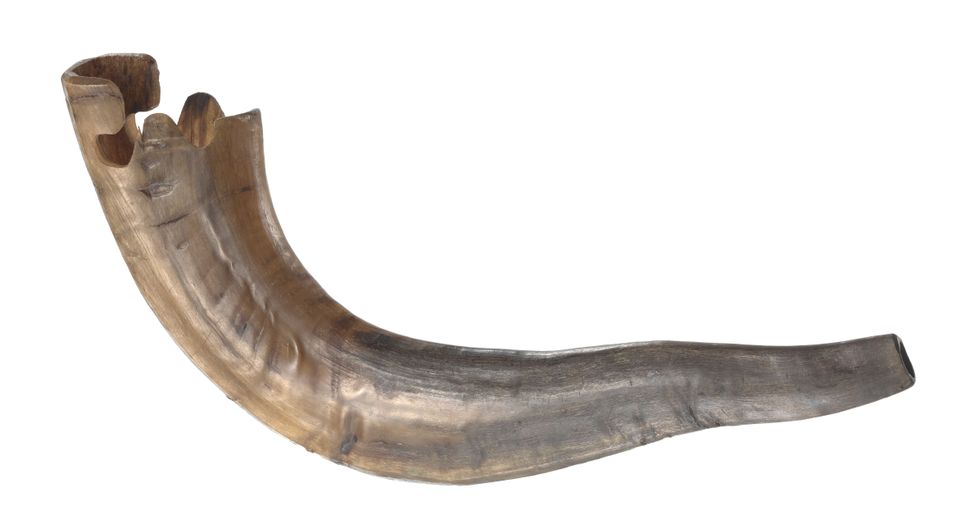 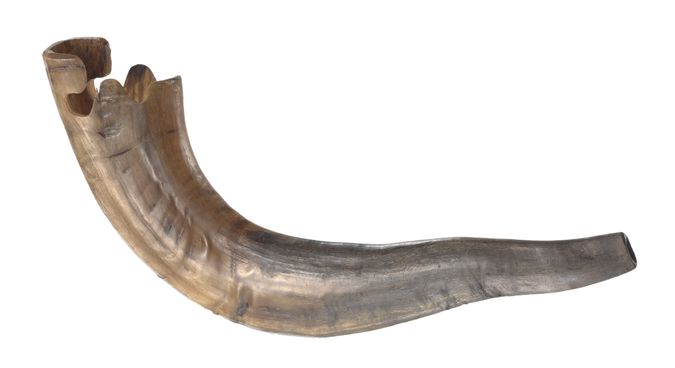 “Many people understand that the African America church has been the bedrock of the community, however many people do not know about the smaller groups that departed from traditional practices,” said Deborah Tulani Salahu-Din, a member of the museum’s curatorial staff.

“I think this is an opportunity to educate people about the history and culture of the Hebrew Israelite community.”

The original mission of the museum, which has a massive collection of around 33,000 objects, was to be an “educational healing space.” It aims to document the range of the African American experience, showing everything from slavery and the lives of black pioneers in the Midwest to the Black Power Movement of the 1960s to President Obama, who as the nation’s first black president has had to grapple with a country divided by racial unrest.

The inclusion of a small selection of Judaica in a special section dedicated to faith traditions is an effort on the museum’s part acknowledge the long, if little-known, practice of Judaism among African Americans. 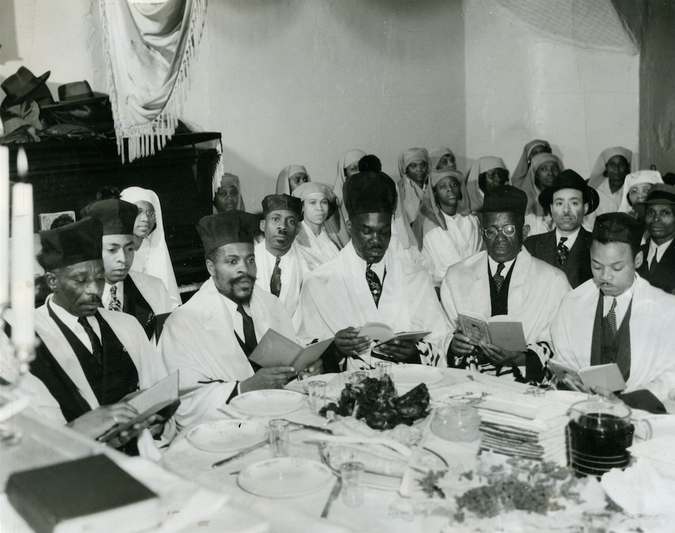 Rabbi Matthew, second from left at table, founder of the Commandment Keepers, leading a Passover seder in 1941. Image by Forward Association

The items included in the museum come from a particular synagogue associated with the Hebrew Israelites, people of color — mostly African Americans — who identify the ancient Israelites as their ancestors.

Years ago, Salahu-Din came accross the photos of Alexander Alland, a celebrated photographer who documented the pioneering African American congregation in Harlem known as the Commandment Keepers. (Alland’s photos appeared widely, and even were published in the Yiddish Forverts.)

Alland took a series of photos of Rabbi Wentworth Matthew, a Caribbean-born cleric who presided over the Commandment Keepers synagogue, and influenced a generations of Hebrew Israelites.

Salahu-Din was moved by the photos she saw.

“I was curious to know in what ways African Americans expressed the Jewish faith,” Salahu-Din said. “Did it differ in any way from mainstream practices of Judaism?” 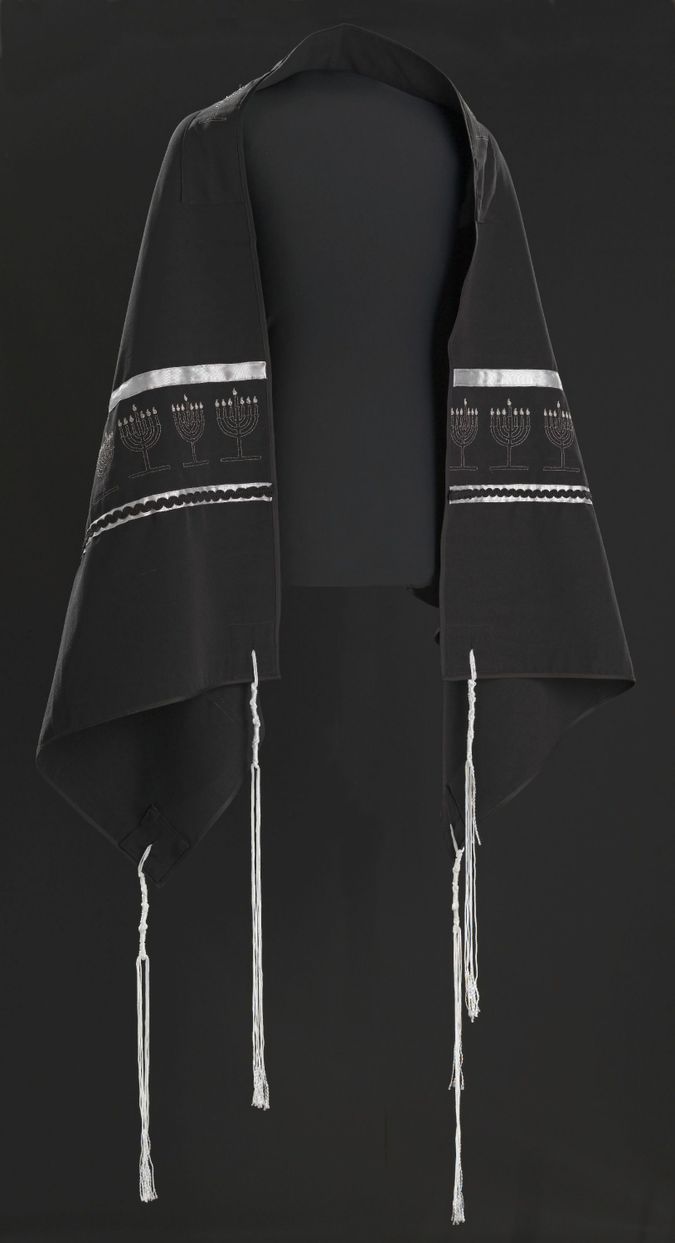 Salahu-Din wanted to know where the communtiy was today. She did her research and found Rabbi Capers Funnye, a pulpit rabbi at Chicago’s Beth Shalom Bnai Zaken Ethiopian Hebrew Congregation, which traces its institutional history directly to Matthew.

Funnye leads one of the most high profile black synagouges in the country and is also cousin to First Lady Michelle Obama. He has been working for decades to increase the visibility of his congregation and Hebrew Israelites and black Jews in general. He was eager to participate — “delighted,” Funnye said — and donated a few items of Judaica from his congregation to Salahu-Din.

“It meant to me that the movement of black Jews in America is being woven into the the tapestry of faith communities in this country,” said Funnye. “I’m glad that they looked for and found our congregation.” 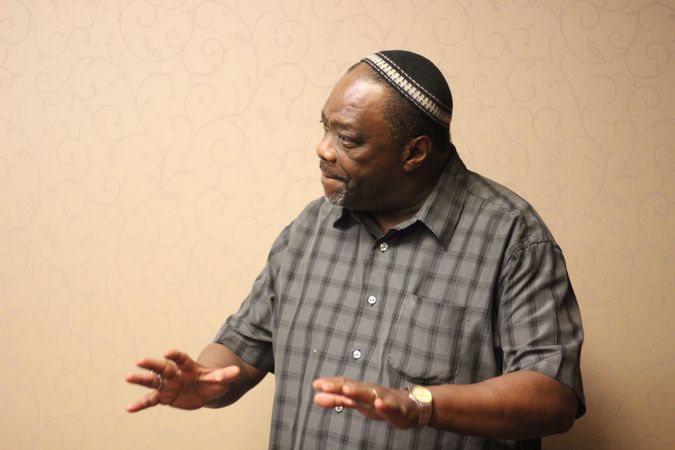 The shofar that will appear in the museum originally belonged to Rabbi Abihu Reuben, a Tennessee-born, Chicago-raised man who was ordained by Matthew in 1947. Reuben led a congregation in Chicago called the Congregation of Ethiopian Hebrews, which would later merge with two other Hebrew Israelite congregations, first in 1984 and again in 1991, to make up Funnye’s current synagogue. The shofar was a gift to Funnye from Reuben, who died in 1991.

Funnye also contributed a black tallit to Salahu-Din, handcrafted by a congregant from Chicago named Carolyn McCollough. “I wanted to send something that demonstrated the artistic skills of our members who make these artifacts of Jewish worship,” said Funnye. “Not everything is white with blue stripes.”

The Torah scroll that appears in the museum was one of the first Torahs that Funnye’s congregation received from another synagouge, he said. “I wanted it to have a place in perpetuity.”

Funnye also donated a photograph taken on his first visit to the White House and fabric given to him by a community of Igbo, an ethnic group in Nigeria that identifies as Israelites.

When Funnye donated the items, he thought of how his spiritual forefathers would feel about the museum exhibit: “I think they would be delighted that we are in the landscape.”