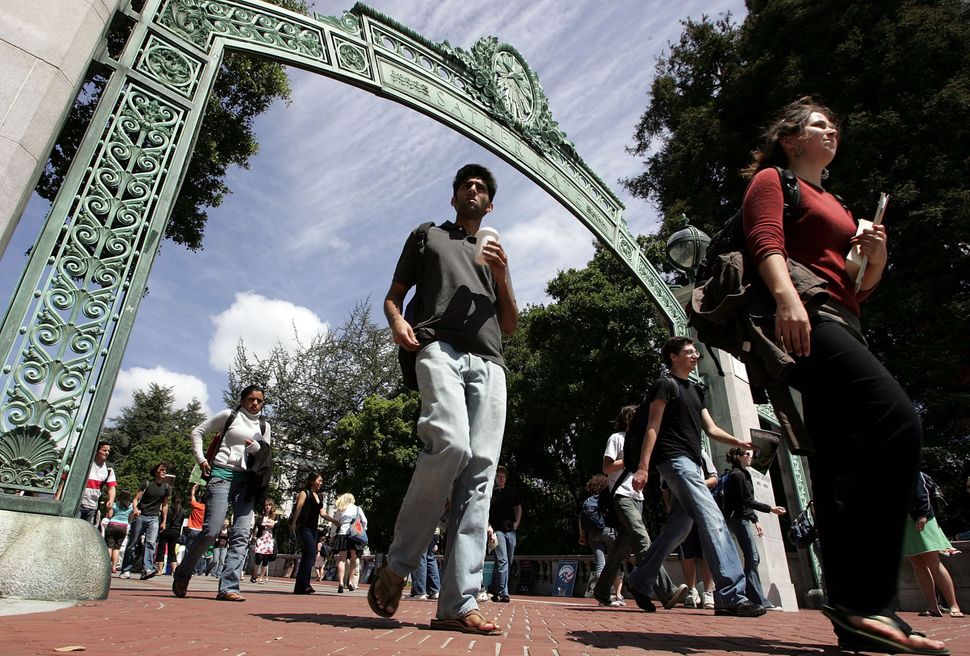 The University of California Berkeley has reinstated a student-led course called “Palestine: A Settler Colonial Analysis,” after public outcry over its suspension last week.

The syllabus said it would “explore the connection between Zionism and settler colonialism” — settler colonialism being when a foreign people, with imperial backing, take control of a region by moving into it. It would also explore the establishment of the State of Israel, how Zionism has affected the lives of Palestinians, and “the possibilities of a decolonized Palestine.”

“I hope we can now focus on the challenging intellectual and political questions that this course seeks to address,” Hadweh said in a press statement released September 19. “It seems that because I’m Palestinian studying Palestine, I’m guilty until proven innocent.”

The class was suspended, according to the school, after it determined that the student facilitator, Paul Hadweh, “did not comply with policies and procedures that govern the normal academic review and approval of proposed courses” for the “DeCal program,” which are courses led by students under the supervision of a faculty sponsor. Chancellor Nicholas Dirks said the course “espoused a single political viewpoint and appeared to offer a forum for political organizing.” 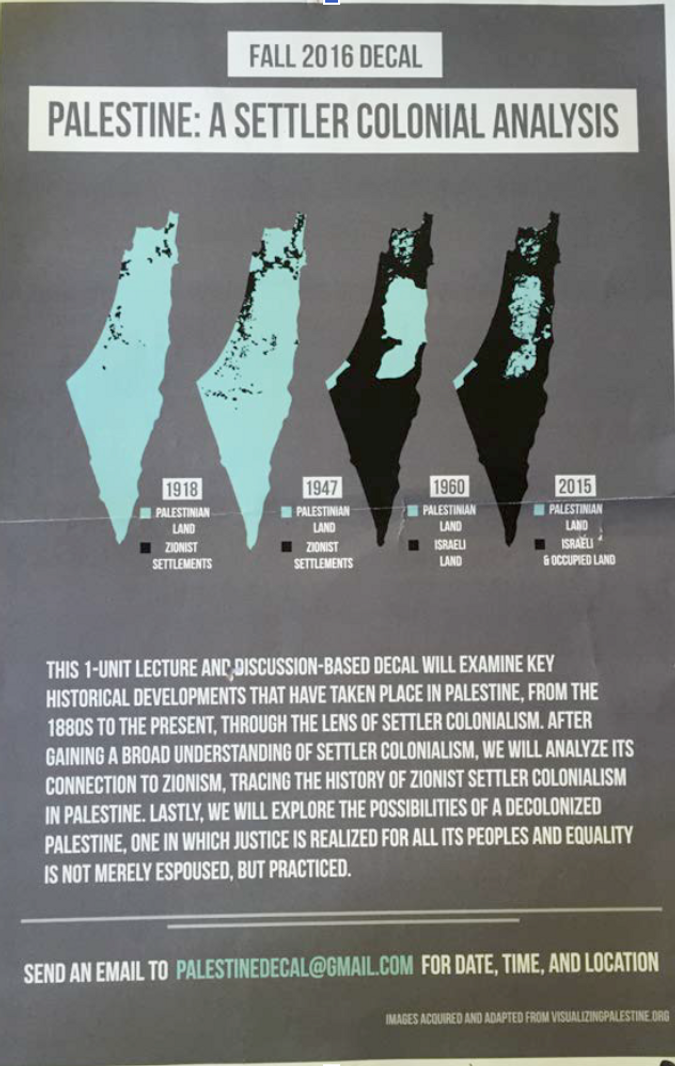 A promotional poster for the UC Berkeley course that was cancelled — and reinstated within days.

Pro-Israel Jewish groups, academics and individuals had joined together to condemn the course, on the grounds that it was “politically motivated.”

Palestine Legal, a group which provides pro-bono legal advice to Palestinian activists, took up Hadweh’s cause, penning a public letter to the school. Online, many supporters also rallied to Hadweh’s side — defending both the content of the course and questioning the school’s official rationale for pulling the plug.

Liz Jackson, the Palestine Legal attorney who represents Paul Hadweh, called the re-instatement of Hadweh’s course “a victory” for Hadweh and also a victory for students and scholars for “the right to speak and study freely about Palestine-Israel.”

Jewish and educational organizations signed a letter by the Santa Cruz-based Amcha Initiative, a group that is dedicated to “combating antisemitism at institutions of higher education in America,” also calling the course “politically motivated.”

“Any perusal of the syllabus will show that this is a one-sided course which puts forth a political agenda,” Hillel International President and CEO Eric Fingerhut and Berkeley Hillel Executive Director Rabbi Adam Naftalin-Kelman said in a separate statement.

“It does not tell the truth. It ignores history. It ignores facts, such as the inconvenient one that Jews have inhabited Israel for 3,000 years,” the Hillel statement read.

In reinstating the course, the university’s ethnic studies department has revised the original course description and syllabus, according a letter from Carla Hesse, Executive Dean of the College of Letters and Science, announcing the move.

Hesse, in her letter, said she had initially suspended the course because she hadn’t been formally notified of the class offering or seen the syllabus prior to the uproar.

Palestine Legal called the course suspension a violation of students’s First Amendment and academic freedom rights in a letter to the university.