Sid Blumenthal, an Unhappy Bibi and 3 Other Jewish Moments From the Presidential Debate 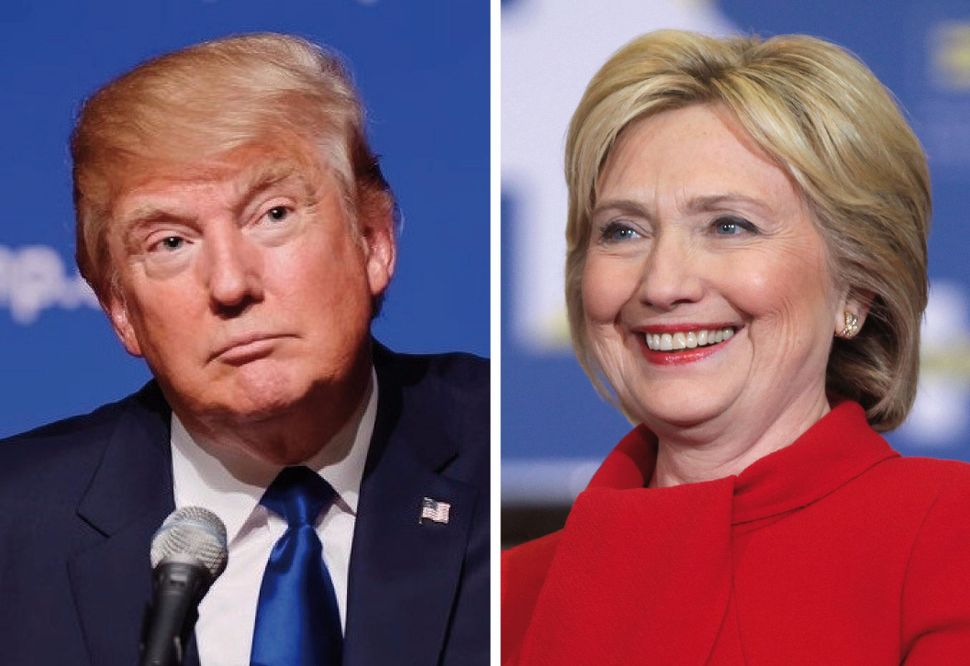 After months of anticipation, Hillary Clinton and Donald Trump met Monday night in the first of three presidential debates.

Stretching for 90 minutes, the spectacle lived up to the hype, and felt at times more like a boxing match than a civic event. Here’s five Jewish snap-shots from a night to remember:

Sid Blumenthal, a member of Hillary Clinton’s kitchen cabinet, surfaced one more as a focus of controversy. Trump alleged (falsely) that Blumenthal started the birther movement eight years ago to help Clinton in her primary fight with Barack Obama, who Trump suggested for years might not have been born in the United States.

Holt fact-checked the falsehood, and Clinton used it to drive home her message on race. Blumenthal became a right-wing fixation after the Benghazi pseudo-scandal and the private e=mail server debacle.

The DNC ‘Feels the Bern’

Clinton blasted Trump for encouraging the Russians to hack her servers and those of other Americans. He responded with an appeal to Bernie Sanders voters, arguing that a Kremlin-implicated leak of documents from the Democratic National Committee showed the process was rigged against the Vermont independent.

“We learned that Bernie Sanders was taken advantage of by your people. Debbie Wasserman Schultz, look what happened to her,” he boomed, castigating the former DNC chairwoman. The DNC leaks revealed that DNC staffers plotted to plant negative stories in the press about Sanders.

Sparks Fly Over the Iran Deal

Clinton and Trump clashed over the Iran nuclear deal. He derided it and she claimed it as a diplomatic success. “The Iran deal – they were choking on the sanctions and now they’ll be a major nation,” he fumed, pointing to the agreement’s lifting of certain economic restrictions on the country.

A Fact-Check, Courtesy of Howard Stern

Trump insisted that he opposed the Iraq war at its outset, an assertion that Holt and Clinton pressed him on. We know that’s a lie because he told Howard Stern he supported the invasion of Iraq before American troops landed there.

“Yeah, I guess so,” Trump said, approving of the military action on its eve. “You know, I wish the first time it was done correctly,” he added, alluding to the Gulf War a decade prior. Trump was a regular on the Howard Stern Show back then, and between his ugly comments about women, he occasionally remarked on geopolitics.

Is Bibi ‘An Unhappy Camper’?

The two returned to Iran, and arrived at Israel, in the last few minutes of the debate. Citing his Sunday chat with Benjamin Netanyahu, Trump said, “I met with Bibi Netanyahu yesterday, believe me, he’s not a happy camper,” referring to the Iran deal, which Israel’s prime minister opposes.

Clinton shot back at Trump’s criticism: “Would he have started a war, would he have bombed Iran? He should tell us what his alternative would be.”

Sid Blumenthal, an Unhappy Bibi and 3 Other Jewish Moments From the Presidential Debate