I wish that the truth did set us free, but unfortunately, I heard a continual string of untruths at last night’s presidential debate. And they were mostly coming from behind just one podium.

Before the debate began, I wrote hoping that Lester Holt, the NBC journalist who moderated the first one-on-one between Hillary Clinton and Donald Trump, would aggressively manage the candidates’ assertions, calling them out when they blatantly lied or misconstrued the facts, and following up if they tried to wiggle away and change the subject. Several times during the long evening, I found myself wondering if Holt had stepped out for a cup of coffee while falsehoods and exaggerations hung in the air of the stage at Hofstra University, unchallenged. At one point, Trump — who interrupted Clinton dozens of times throughout the evening — refused to move on as requested. “Ten seconds,” Holt gave him. I stopped counting at 20. Trump was still talking. 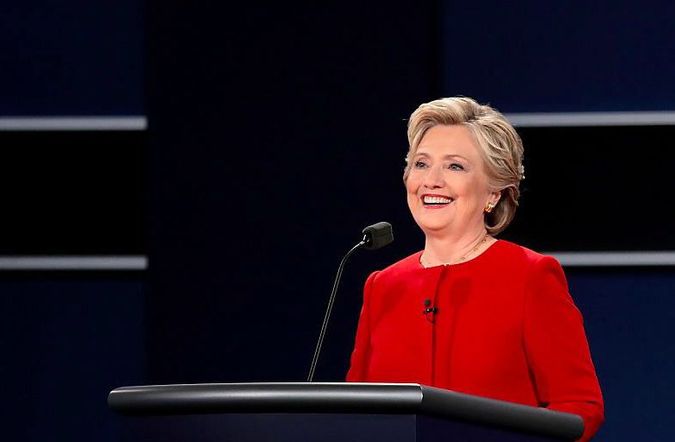 But there were other notable moments when Holt did quietly remind the world, and the candidates, of the facts and challenged Trump to justify or explain his contrasting statements. The IRS said Trump could release his tax returns even though he is being audited. The controversial “stop and frisk” police tactic was ruled unconstitutional. And Trump did support the war in Iraq before he opposed it.

Why does this matter? Because as our political culture has declined, the worst casualty is the simple acceptance that we should honor the truth. Candidates in the past have lied, true, as all humans do on occasion, but the blatant disregard for facts and consistency have reached a new and troubling level in this campaign, and that sad fact was on display last night. I’m not being partisan here. Neutral, real-time analyses found that one candidate last night uttered many more falsehoods than the other.

The website PolitiFact, for example, had 18 fact-checkers examining the candidates’ statements, and they did call out one major flip-flop on Clinton’s part, which Trump rightly pointed out: Her decision to oppose the controversial Trans-Pacific Partnership trade deal came after years of supporting it. Politically, this about-face was clearly prompted by Bernie Sanders’ surprising surge during the primaries, but Clinton’s explanation continues to strike me as insincere. Clinton also seemed to exaggerate last night when she claimed that Trump very possibly paid no taxes at all. Of course, we don’t know, since he repeatedly has refused to release his tax returns.

But those mistakes, serious though they are, utterly pale in comparison to the outright lies that Trump uttered, and got away with.

He said that the public can learn as much from his financial disclosures as from his tax returns. False. He claimed again that Clinton’s 2008 presidential campaign started the birther movement. False. He claimed that he didn’t support the war in Iraq, when he did. He mischaracterized the origins of the Islamic State and the nature of the NATO alliance. He lamented the failed economy in Michigan and Ohio when, in fact, both states gained tens of thousands of jobs in the last year. He predicted the Fed would raise interest rates if Clinton were elected, which one analysis called a “baseless accusation.” He overstated how much control China has over North Korea, and claimed that the Obama administration has done nothing to update America’s nuclear arsenal when it is spending tens of billions of dollars on modernization. He implied that China could be behind recent cyber-attacks, when he must have known that intelligence specialists are pretty damn sure it was Russia. Soon after he said that the murder rate in New York City rose after “stop and frisk” was ruled unconstitutional, the NYPD swiftly corrected him: It’s gone down.

Among the subjects that, as a Jewish woman, I hoped would be discussed last night was climate change. I did hear some smart proposals to foster clean energy from Clinton. But from Trump came the assertion that he didn’t, indeed, call climate change “a hoax” perpetrated by the Chinese. But he did.

I’ll stop there. As the humorist Andy Borowitz predicted a few days ago: “Trump Warns That Clinton Will Rig Debate by Using Facts.”

Joking aside, the propensity to deceive is a dangerous one in any leader, because we’ll never know when or where it will be employed. Clinton has prevaricated in her many explanations of her private email server — though she did deal with that swiftly and correctly last night — and her penchant for secrecy is a legitimate worry. Still, as Politico recently noted after rigorously examining a week’s worth of statements by both candidates: “The conclusion is inescapable: Trump’s mishandling of facts and propensity for exaggeration so greatly exceed Clinton’s as to make the comparison almost ludicrous.”

The trend continued last night. Now it’s up to the nation to respond.