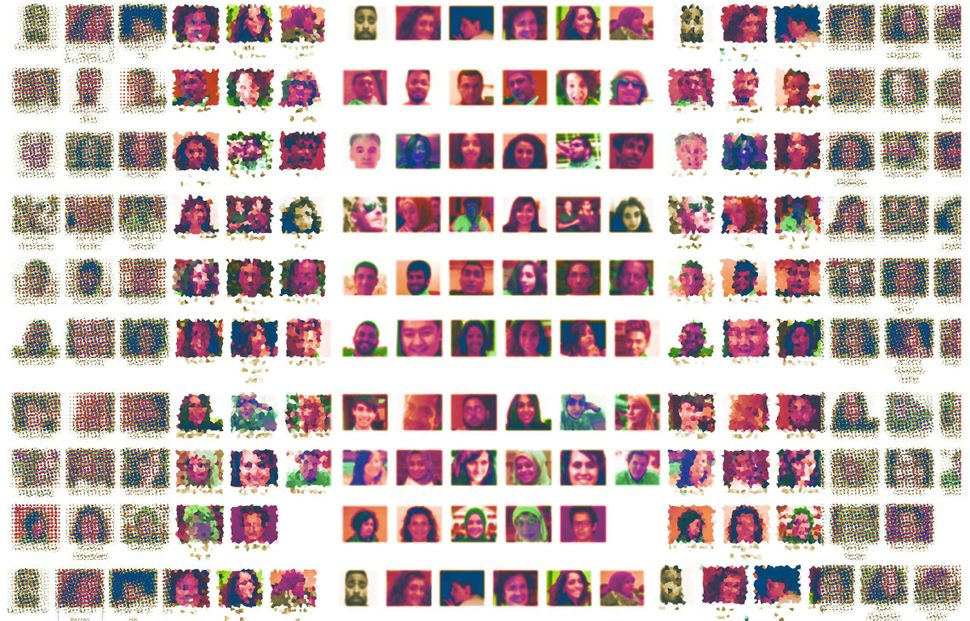 A thousand university faculty members have signed a petition against a pro-Israel website that publishes dossiers on pro-Palestinian student activists.

Canary Mission aims to keep pro-Palestinian activists from getting jobs after college. It has posted lengthy profiles, including photographs and academic majors, on hundreds of undergraduate student activists.

The new petition, released September 27, calls the website’s tactics “McCarthyist,” and asserts that information gathered by the site should not be considered by admissions committees at university graduate programs.

“We condemn Canary Mission as an effort to intimidate and blacklist students and faculty who stand for justice for Palestinians,” the new petition reads.

Signatories include the author and City University of New York professor Peter Beinart; the historian Hasia Diner and John Mearsheimer, a political science professor at the University of Chicago.

An ad hoc group of activists, many of them recent college graduates who connected through the groups Students for Justice in Palestine and Jewish Voice for Peace, organized the petition. It calls on admission committees to ignore Canary Mission.

“There’s just like this constant fear that an employer will Google my name,” said recent Williams College graduate Sumaya Awad, who told the Forward she had been profiled by Canary Mission early this year. “For them to see that, and see that all this activism I’ve done is labeled as anti-Semitism, and labels me as a sympathizer of terrorists… [it’s] this constant fear, this psychological duress.”

Awad said that the Canary Mission dossier misrepresents her work and ideas. It “completely manipulates and distorts all the work that I’ve done, and presents it in this horrific, horrific way,” she said.

The petition comes weeks after a former federal judge cited Canary Mission’s dossiers as an example of harassment of pro-Palestinian student activists in a report commissioned by the City University of New York.

“For outside groups to meddle is something that they have no business doing,” said Diner, a leading historian of American Jewish history. “They aren’t stakeholders in the institution.”

Canary Mission did not respond to an inquiry from the Forward.

Canary Mission’s dossiers include minor details of students’ social media activity, records of campus protests they have organized or participated in and lengthy backgrounders on student organizations with which they have been affiliated. The group’s social media feeds tweet pictures of students, at times tagging their employers.

Canary Mission has also directly contacted employers of people profiled on its site, according to Rahul Saksena, a staff attorney with the group Palestine Legal. “The effect that that has on students is frightening, especially students of color, students who come from working class backgrounds, who are already marginalized, and are already facing a tough job market,” he said. “It’s just a frightening suppression tactic.”

In the meantime, Canary Mission has gone to great lengths to keep the identity of its own backers a secret. Its funders are unknown. No names of staff, executives or supporters are disclosed on its website, and no address is listed. The website’s IP address is registered anonymously.

Despite Canary Mission’s anonymity, its dossiers have been used as the basis for news reports by some outlets. Calling Canary Mission a “watchdog,” the Jewish news website Algemeiner quoted an unnamed Canary Mission “representative” in an article publicizing new Canary Mission dossiers on pro-Palestinian student activists at the University of Tennessee, Knoxville.

Canary Mission was also cited by attorneys hired by the City University of New York to investigate allegations of anti-Semitism among pro-Palestinian activists as an example of harassment of pro-Palestinian students.

Awad said that she and other organizers had considered legal action against Canary Mission, but instead decided to pursue a pressure campaign, beginning with a petition opposing Canary Mission efforts to effect graduate school admission processes. “That seemed like something we could actually push back against,” Awad said. “And to make students feel like they’re supported.”