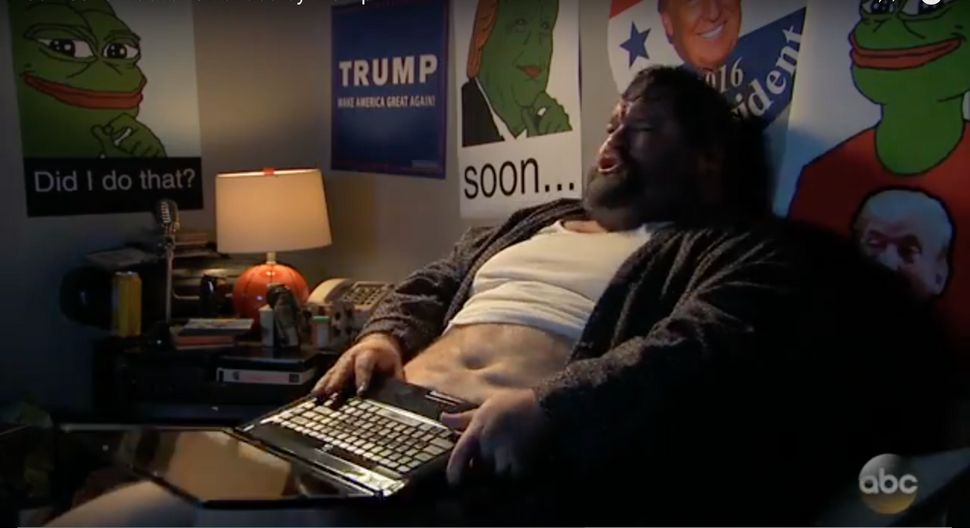 Donald Trump has a gift to alienate entire population swaths with a single one of his insults. Women, Mexicans, Muslims, you name it. But now you can add an unlikely group to this list: alt-right Twitter trolls.

4chan and 8chan, the “alt-right” message boards that originated the Star of David-meme that Trump then retweeted, were crammed with messages from users disappointed about Trump’s debate performance — and angry at his apparent slight.

The surprising turnaround in the usually uniformly pro-Trump website was first reported by the Daily Beast, and seems to stem from one specific moment during Monday’s debate: Trump’s comment about 400 pound hackers.

It all started, when Trump was asked about the hacking attack on the Democratic National Committee, which is widely believed to have come from Russia.

“It could be Russia, but it could also be China,” Trump said during the debate.

And then he added: “It could also be lots of other people. It also could be somebody sitting on their bed that weighs 400 pounds, OK?”

The anonymous trolls on Twitter were none to happy about that comment, which they took as a none-too-subtle swipe at one of Trump’s most loyal group of fans.

“Which one of you 400lb ass holes hacked the DNC,” asked one anonymous user.

Another user posted a picture called “fat computer guy” with the caption: “[Your face] when Trump calls you out for being a 400 pound hacker”

Even 4chan’s mascot Pepe, the white-nationalist and anti-Semitic frog, showed his disappointment. In a meme, he is shown with a machine gun pointed at his head.

Another one has him drinking wine and saying, “Just for the record I never actually supported Trump. I just did it for the memes.”

It went so far that late night host Jimmy Kimmel included a segment on his show, where an overweight hacking Trump supporter shouts “I did it for you!” at his TV screen.