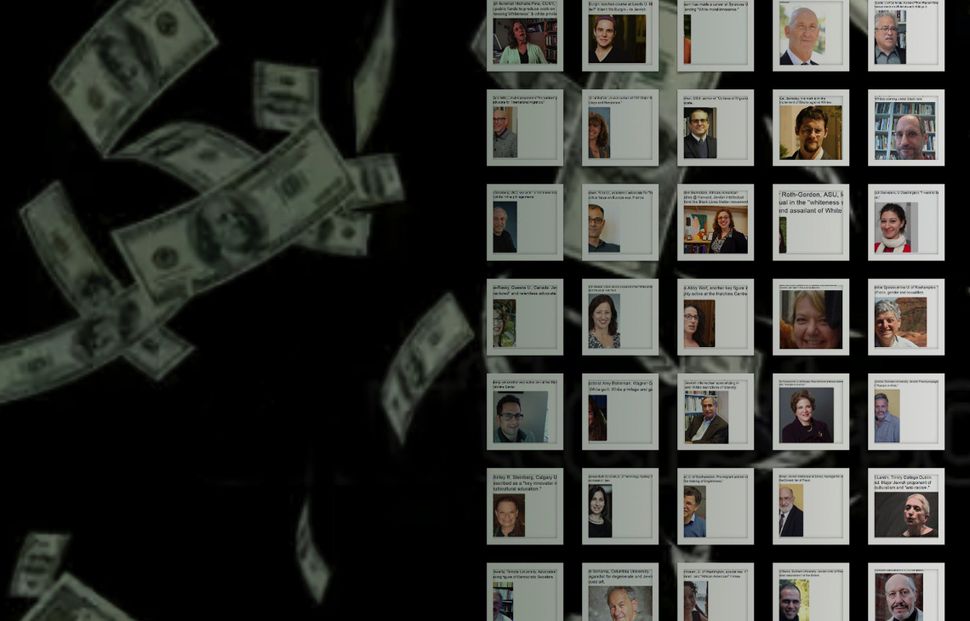 A website with the deceptively innocuous name of “Jews in Modern Society” lists the names, photos and professions of almost 400 Jews from academia, social-activism, the financial world and left-wing politics.

It’s basically a hit list for neo-Nazis or white supremacists.

The mission statement of the site complains that “Jews have had over 100 years of unrestricted immigration into the USA. They now permeate Academic, Activist, Financial and Corporate institutions to the detriment of Western Society.”

“Sadly enough, sites like this are all too common,” Mark Potok told the Forward. He is a senior fellow at the Southern Poverty Law Center, a nonprofit fighting racism.

According to Potok, there has been a rise in anti-Semitism and racism over the last years that coincides with more and more of “this kind of demonizing material about individuals. Although these sites don’t explicitly call for violence against Jewish people, that is most certainly what they seem to be suggesting,” Potok added.

Some of the people listed in the “Jews in Modern Society” directory are publicly known to be Jewish, like Democratic mega-donor, George Soros; the CEO of the Anti-Defamation League, Jonathan Greenblatt; Human Rights Watch Director Kenneth Roth, or Steven Julop, the mayor of Jersey City. 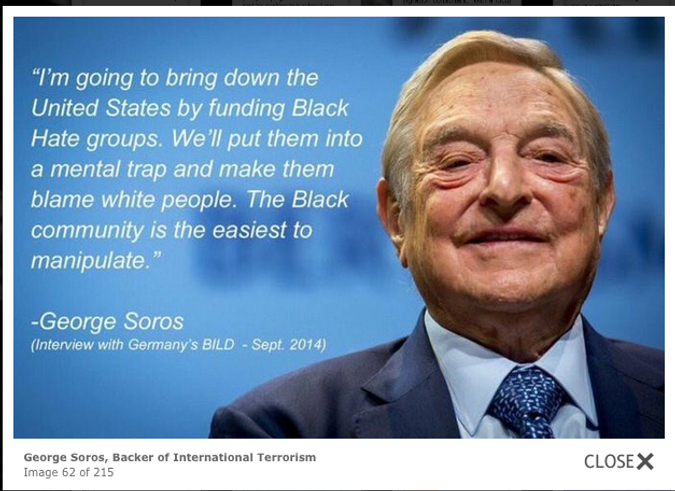 A meme on “Jews in Modern Society” calls Soros a “backer of international terrorism.” Image by Screenshot

But they also list lesser-known people, like an activist for Black Lives Matter (with the added explanation that she was raised Jewish), several British rabbis who are helping Syrian refugees, and even a woman who complained publicly that LEGO wasn’t culturally diverse enough.

Under a tab called “academic,” they seem to target authors of books critical of white supremacism, like historian Maurice Berger who wrote “White Lies: Race and the Myths of Whiteness” or George Lipsitz, a Black Studies professor at the University of California, who wrote a book called “How Racism Takes Place.”

In the entry for well-known British lawyer Anthony Julius, they added that he was one of the solicitors arguing against David Irving in the libel case that is the basis for the movie “Denial.”” 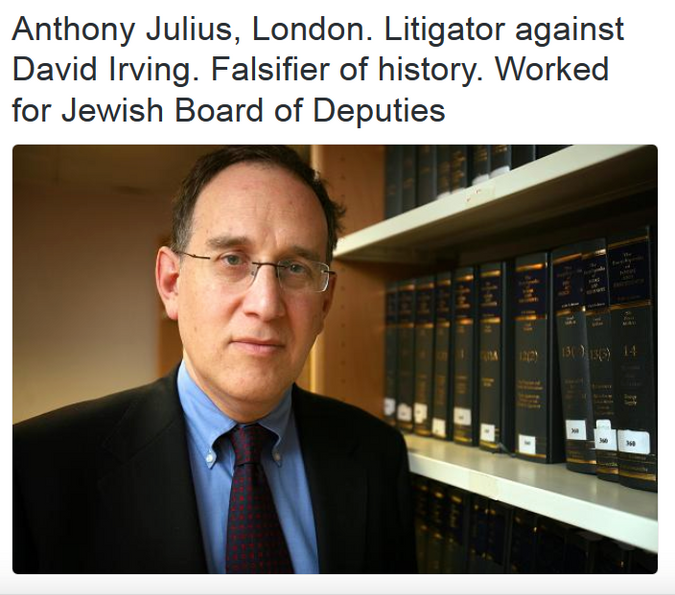 British lawyer Anthony Julius is on the list. Image by Screenshot

On the homepage, the site’s creators thank Dr. Andrew Joyce for his research. Joyce is an author for the Occidental Observer, an online publication serving “white identity, interests and culture.”

He also appeared as a guest on the radio show of David Duke, the former grand wizard of the Ku Kluk Klan.

“This website is far from the first time that white nationalists have personally attacked Jewish people for their political views,” said Laura Epstein from Right Wing Watch, a project of People For the American Way.

She pointed to a “Jew List” on the site “Subverted Nation” as another example. The list is much larger than the one from “Jews in Modern Society,” but does not include pictures or additional explanations why this person should be a target.

On their website, the creators of “Jew List” said that “these lists are provided to give visitors a glance at just how pervasive the Jewish infestation of America (and the world for that matter) really is.”

While there has been a rise in online racism and anti-Semitism over the last year, Epstein feels it has become much worse since Donald Trump became the Republican nominee.

“Donald Trump and his campaign have promoted anti-Semitism, white nationalism, and xenophobia the entire time he’s been running for president,” Epstein said. “Sadly, it seems we’ll see more and more xenophobia and anti-Semitism coming out of the wood work because of Trump’s campaign, and that certainly won’t end even if we do defeat Trump this November.”