4 Things About Andrés Roemer, the Mexican Diplomat Who Stood Up for Israel 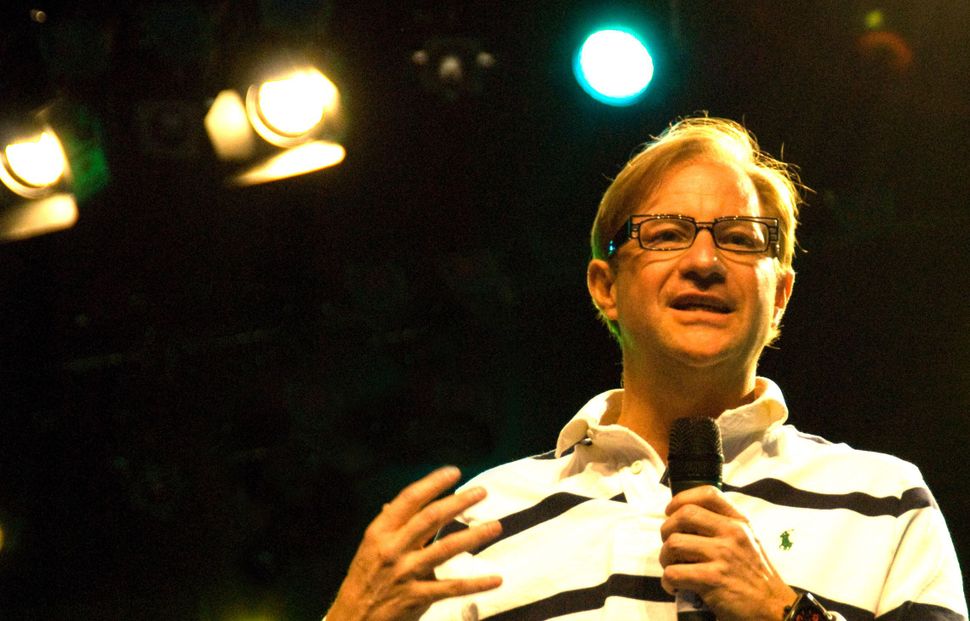 UNESCO’s controversial vote to deny the Jewish connection to Jerusalem’s Temple Mount and Western Wall has flared tempers even among the most diplomatic of sorts.

Following the United Nations’ cultural agency’s decision, Mexico’s ambassador to the organization, Andrés Isaac Roemer Slomianski, walked out of the session in protest of his country’s support for the resolution.

It turns out that the envoy happens to also be a member of Mexico’s small Jewish community and here are four fun facts about the Latin American Jew who stood up to affirm his people’s link to the Holy City.

Besides being a diplomat, Roemer is a novelist, diplomat, philosopher and television personality. Receiving graduate degrees from Berkeley and Harvard, he has written on topics varied as public policy and sexuality. “The Other Einstein,” a play of his, looks at the physicist’s entanglements with women and his children. He has anchored several political and cultural shows on Mexican TV. He also hosts an annual Festival of Ideas in Puebla, Mexico that brings together luminaries north and south of the border for a discussion of the concepts that could define and change our lives. Working as a civil servant since 1994, he has served in a variety of government posts, including a previous stint as Mexico’s consul general in San Francisco.

A Bohemian in Paris

As a teenager, Roemer decided that he had to go to Paris, and he lived there with very little money to his name. He crashed Jewish weddings sometimes to get a free meal, and eventually took a job doing manual labor at a Swiss vineyard.

His Grandfather Fled The Nazis

Roemer’s grandfather, Viennese composer Ernesto Roemer, arrived in Mexico in 1938 after the Nazis invaded Austria. He came at the invitation of famed painter Diego Rivera. His parents were creative types, too — his father an architect, and his mother a dancer and arts teacher.

Roemer is a member of the Singularity University, a Silicon Valley think tank that brings tech innovators, corporate execs, and thought leaders together to produce new ideas and products that will lengthen and improve human life. Ultimately, the group and its leader, Ray Kurzweil, hope to create technology that will allow consciousness to be downloaded onto a computer, allowing humans to achieve virtual immortality.

4 Things About Andrés Roemer, the Mexican Diplomat Who Stood Up for Israel