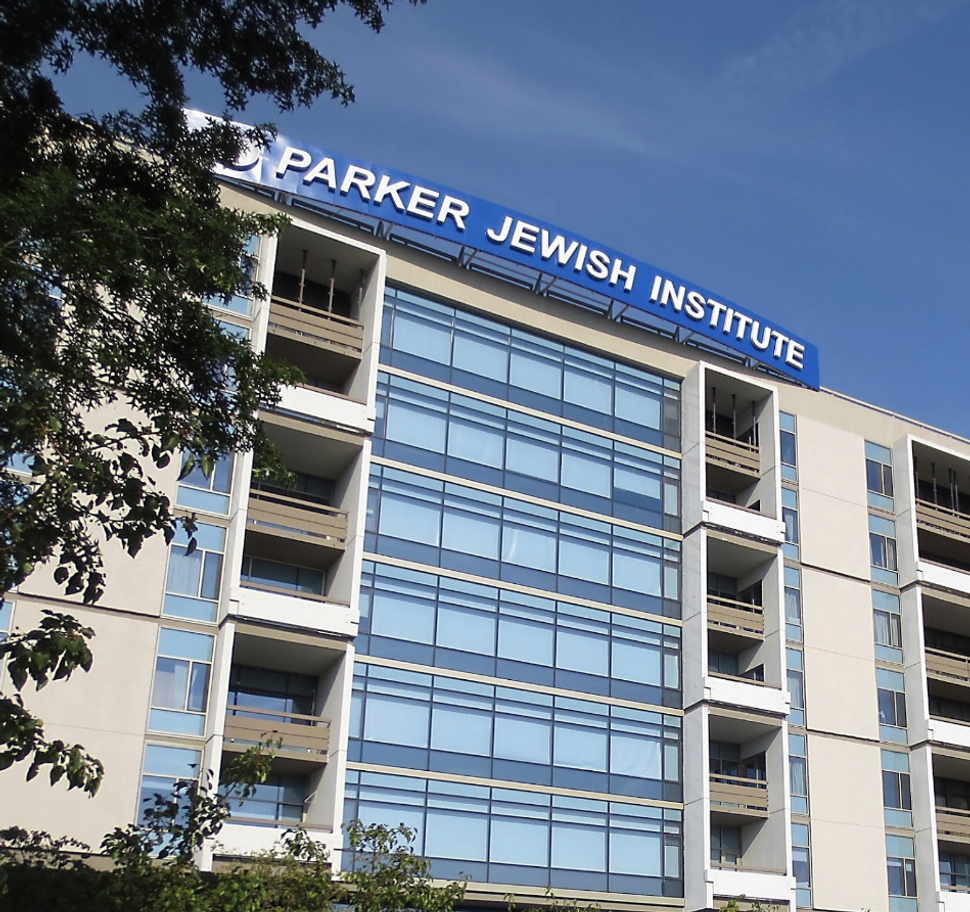 One of the alleged thieves, Channel Francis, is accused of charging thousands of dollars in purchases at Macy’s, Best Buy and other stores to the credit cards of three residents at the Parker Jewish Institute for Health Care and Rehabilitation in Queens, New York.

And Jason Battaglia, a former employee at Gurwin Jewish Nursing and Rehabilitation Center in Long Island, allegedly stole a necklace off a 95-year-old Gurwin resident suffering from Alzheimer’s disease, before an apparent change of heart led him to return it to a colleague, saying he’d found it on the floor.

“Nursing home residents are amongst our state’s most vulnerable citizens,” Schneiderman said in a statement about the arrests. “It is reprehensible for caregivers to steal from defenseless residents in order to line their own pockets.”

The two alleged thefts at Jewish nursing homes were announced alongside arrests of employees at four other nursing homes, including one clerk at the Kings Harbor Multi-Care Center, and the director of social services at the Far Rockaway Nursing Home in Queens. The arrests were unrelated, but all took place in recent weeks.

Francis, 40, obtained the personal information of three residents at Parker Jewish in September of 2013. The Attorney General’s office believes that she got the information from an employee of Parker, according to a spokesman, but has not been able to identify the individual.

In a statement, Parker Jewish said that they have participated with the Attorney General’s investigation, and that the home itself had contacted authorities when administrators learned that some residents may have had their credit card information stolen. Parker Jewish said in its statement that Francis was never an employee of the home, and said that it has not received “information confirming that a Parker employee was involved.”

According to a felony complaint filed in New York City Criminal Court in Queens County, Francis added herself as an authorized account holder on credit cards owned by the three residents, telling the credit card companies that she was related to the victims. One of the victims suffered from dementia; another could not speak as the result of a brain injury. Francis allegedly charged between $3,000 and $4,700 on each of the residents’ cards, buying an iPad mini and a computer, among other goods.

Prosecutors filed two counts of identity theft and one count of scheme to defraud charges against Francis on October 7. She has pled not guilty and remains in custody. Francis’s attorney, Katie Ringer, did not respond to a request for comment.

Battaglia, 32, was charged October 11 in Suffolk County district court with grand larceny, among other crimes, following the June incident at Gurwin, a Jewish nursing home in Commack, Long Island. According to court documents, Battaglia was employed at Gurwin as a licensed practical nurse at the time. Prosecutors say a certified nurse aid saw Battaglia take two necklaces off the neck of a 95-year-old woman suffering from Alzheimer’s disease, and return only one.

Another certified nurse aid told investigators that they saw Battaglia leave the room with the necklace.

A third colleague, a registered nurse, told investigators that Battaglia later returned the necklace, claiming he’d found it on the floor of the dining room.

According to the complaint, Battaglia admitted to a detective that he had initially intended to trade the necklace for drugs, but then pretended to have found it and returned it.

Battaglia has pled not guilty to the charges. His attorney, Roger Rothman, declined to comment. A spokesperson for the nursing home confirmed that Battaglia is no longer employed by Gurwin Jewish.