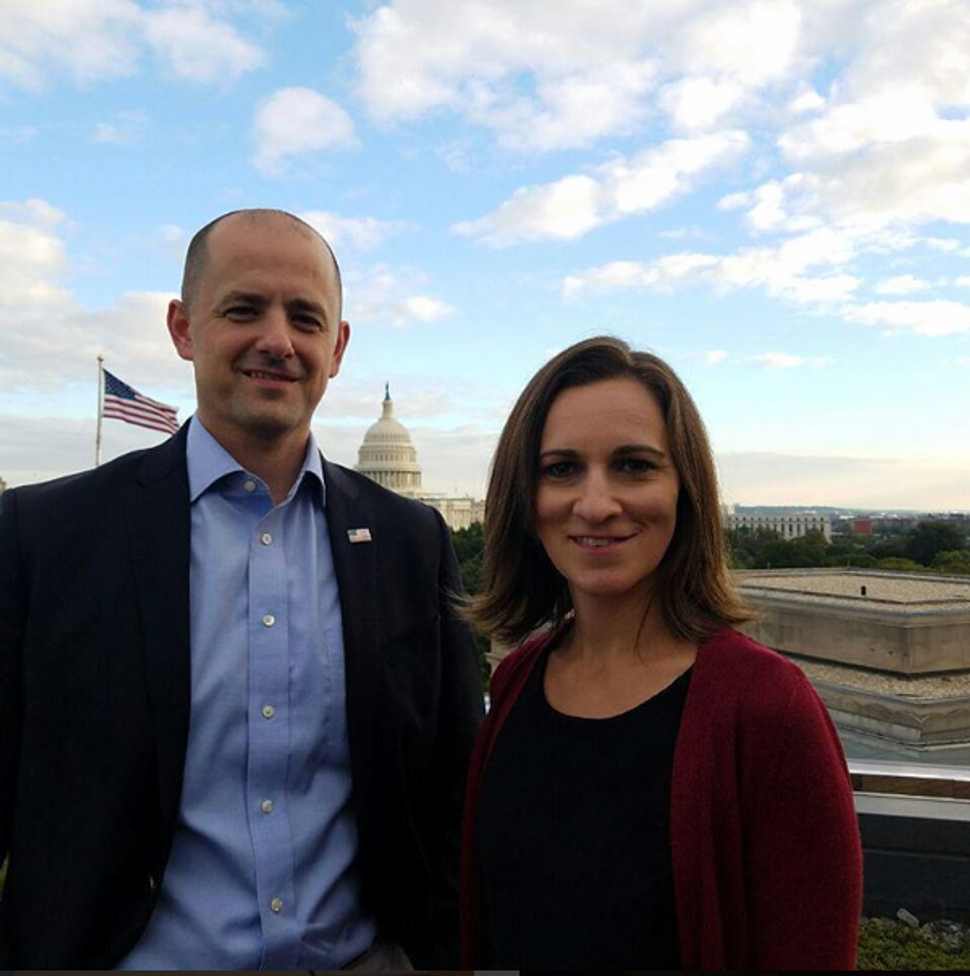 As you might or might not have heard , there is a Jewish woman running for vice president. Two weeks ago, Mindy Finn joined the conservative ticket of independent candidate Evan McMullin.

Finn is a proud Jew, a fierce early critic of Donald Trump — and a staunch supporter of Israel.

In a recent interview with the Jerusalem Post, Finn said her ticket is “extremely pro-Israel,” and that she and McMullin “value the strong relationship we have with Israel as a strong democratic ally. That’s our position unequivocally.”

Finn’s stance is pretty similar to the Republican positions from the last years – but different from both Trump’s and Clinton’s.

“We support Israel’s pursuit of peace, and we would like there to be peace,” Finn told the Jerusalem Post.

“The terms are up to Israel to work out. We think it’s very difficult right now, unless the Palestinians are willing to recognize Israel’s right to exist. We would like them to get over that barrier,” she said.

Finn also called the Iran nuclear deal was a bad idea and said sanctions should be continued against Tehran.

On their campaign website, McMullin and Finn describe their national security strategy as one of maintaining relationships.

“Alliances with other free nations have long been one of the most important sources of American power in the world,” they write.

“Real leadership is not a protection racket or a mercenary army where the United States charges others for providing security. Rather, it is about building long-term partnerships with nations that share our values.”

The two longtime Republicans also sharply criticize Donald Trump’s foreign policy ideas: “Suggestions that the United States may abandon its allies in the face of foreign threats is an open invitation for China, Russia, Iran and others to expand their spheres of influence, and to provoke dangerous conflicts that may drag us into war.”

At the same time, McMullin and Finn attack Clinton for her delayed response to Benghazi, her “pay-for-play Foundation” and poor judgement in the U.S.-Russia relationship.

“We deserve a president who knows what it’s like to fight terrorists on the front lines, rather than making excuses for his failures,” they write on their campaign website.