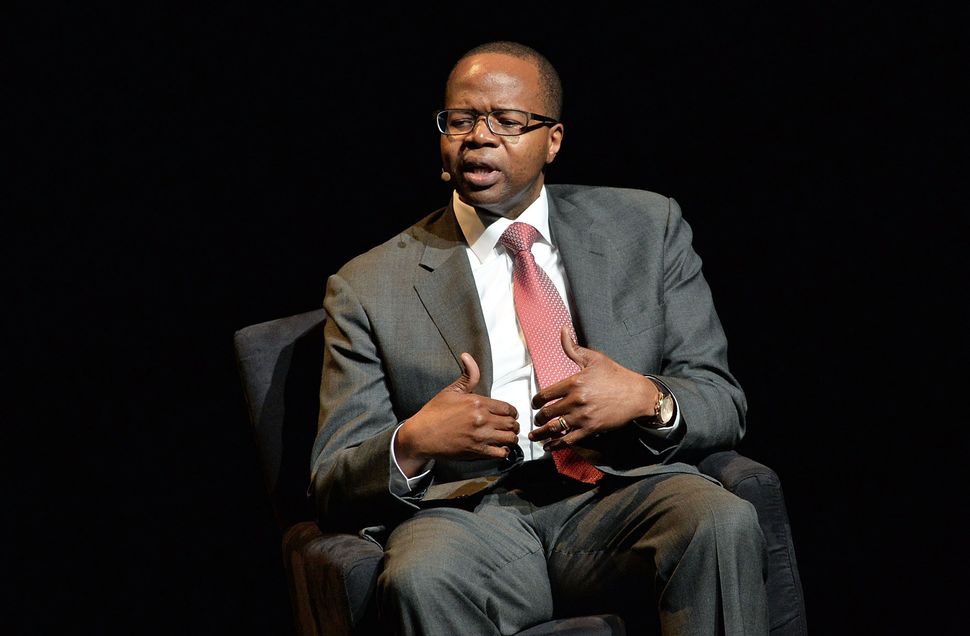 In the fall of 2013, there was fear in the air in Orthodox Brooklyn.

Power was shifting in the district attorney’s office, and Orthodox leaders worried that the borough’s new chief prosecutor, Ken Thompson, wouldn’t be a friend.

“He said he’s going to target the Jewish community,” New York City Council member David Greenfield said in the heat of the campaign.

The incumbent, 23-year veteran battle-ax Charles Hynes, had fallen amid allegations that he had protected Orthodox sex offenders. In a campaign interview, Thompson said that “certain defendants in the Orthodox Jewish community” had received special treatment under Hynes.

Orthodox Brooklyn braced for a prosecutorial assault. Advocates who had argued for more action on sex abuse in Orthodox communities, meanwhile, had high hopes that the office would take a new, hard look at its approach to the issue.

Two years later, with Thompson’s tenure cut short by his tragic death from cancer in October, those advocates say that the promise of action remains unfulfilled. Orthodox leaders, meanwhile, say that their relationship with Thompson was, in the end, a warm one.

“While he did make progress, those of us in this movement to protect children felt that his office did not assert itself as much as it should have for the protection of children in religious communities,” said Marci Hamilton, who is a resident senior fellow at the University of Pennsylvania’s Robert A. Fox Leadership Program and has been a leading advocate on the issue.

For Orthodox leaders, their fears of Thompson were not borne out.

“We had a wonderful relationship,” said Rabbi David Niederman, a politically connected member of the Satmar community who serves as executive director and president of the United Jewish Organizations of Williamsburg.

Thompson came to power at a moment of high tension between Brooklyn’s Orthodox community and the district attorney’s office.

After suffering through difficult headlines in the Forward and other outlets, which reported that his office had a special policy of protecting the identities of Orthodox abusers, Hynes adopted a harder line, calling out Orthodox leaders who told community members to report abuse to rabbis rather than to the police.

In January 2013, months before that year’s election, Hynes’s office secured a 103-year prison term for Nechemya Weberman, a Hasidic therapist convicted of sexual abuse. (The sentence was later cut in half.)

As the campaign wore on, some Orthodox politicians took hard lines against Thompson. But beneath the brawl, Thompson was quietly seeking out Orthodox supporters and meeting with Orthodox leaders.

In the run-up to the election, Thompson met with the leadership of the then-nascent Flatbush Jewish Community Coalition, a local advocacy group. “There weren’t many doors open to Ken Thompson at the time,” said Josh Mehlman, chairman of the group, and a founder. “We were happy to meet with him.”

The FJCC leadership, which includes Orthodox leaders with close ties to the powerful umbrella organization Agudath Israel of America, stayed in close touch with Thompson both during the campaign and after it. People close to the FJCC helped raise money for his campaign. And the group’s leaders worked to ensure that Thompson wouldn’t treat their community unfairly when he won.

“We were very comfortable and impressed with Ken Thompson from the first time we met him,” Mehlman said. “None of us, not myself, not anyone I work with, was looking for anything except for fairness.”   Chaskel Bennett, a co-founder of the FJCC, said that he advised Thompson not to tar the entire Orthodox community with the sins of individual members. “I made it my business to say [to Thompson], ‘Hey, you can make your case against an individual without implicating the entire Orthodox community,’” he said. “He seemed sincere and understanding. He pledged to be sensitive to that in his public statements and those of his office.”

Thompson also met with Niederman before he took office.

Thompson beat Hynes in the primary, and then again in the general election, becoming Brooklyn’s first-ever African-American district attorney. He served nearly three years before his sudden death from cancer.

Now, looking back on his tenure, it’s clear that the Orthodox leaders’ worst fears didn’t materialize. Thompson, like Hynes, cultivated close relationships with Orthodox leaders. In fact, three years after Hynes’s dethroning, it’s the advocates against sex abuse who are disillusioned. For them, the perceived shortfalls of Thompson on the issue suggest that perhaps a DA’s power to fix the Orthodox sex abuse problem may be limited.

“I think that he tried, and I think that in a lot of ways he was successful,” said Michael Salamon, a psychologist who has written widely on sex abuse in the Jewish community. “But in some ways he was stymied, because the community does not have the determination and desire yet to follow through and prosecute.”

Thompson’s critics are necessarily vague about these alleged shortfalls, as individual cases are difficult to discuss. But many say that the takeaway is that even the best-intentioned DA may not be able to fix the problem.

Hamilton suggested that the issue lies in the political power of the Orthodox community. “What we learned from this experience is that entrenched voting blocs have a power that can keep child protection from rising to the highest priority,” Hamilton said.

Others, meanwhile, pointed to the ongoing struggle to keep religious leaders from interfering in the reporting of abuse.

“It’s a process,” said Mark Meyer Appel, founder of the Bridge Multicultural Advocacy Project. “No DA can change the patterns of the rabbis’ involvement overnight.”