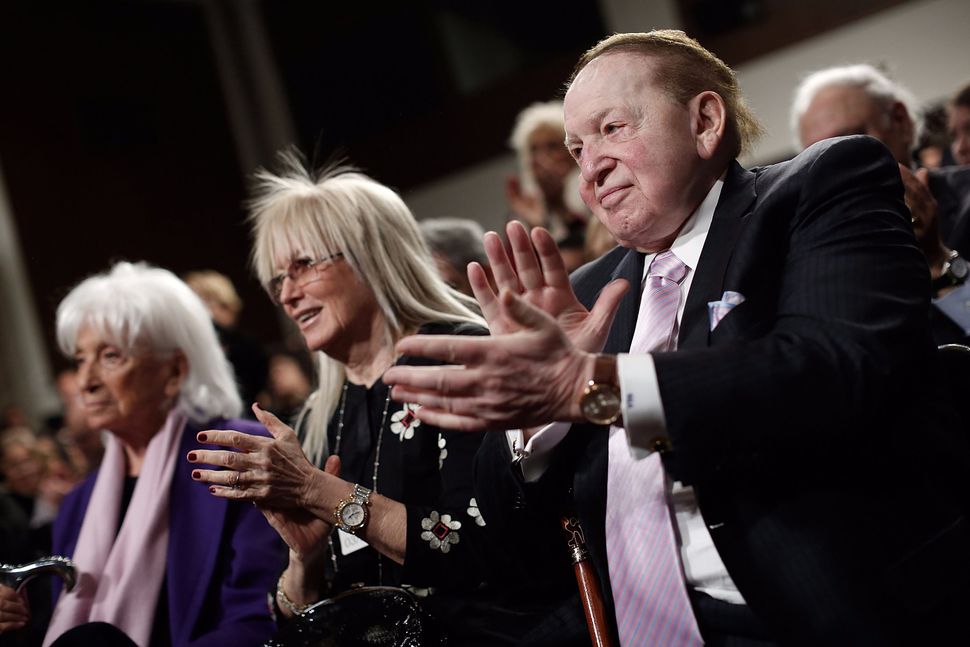 The Israeli newspaper owned by the casino billionaire Sheldon Adelson appears to have nabbed the first post-election interview with president-elect Donald Trump.

That’s the very, very first. No American media outlet has published an interview with Trump conducted since the election. Trump is scheduled to conduct his first domestic media interview with the CBS program 60 Minutes on Friday.

But Israel Hayom, the right-wing Israeli newspaper, got him on Thursday afternoon.

Trump spoke with Israel Hayom’s Boaz Bismuth after the president-elect’s meeting with President Barack Obama at the White House, according to Israel Hayom’s report.

“I look forward to strengthening the unbreakable bond between our great nations,” Trump told the Israeli paper. “I know very well that Israel is the one true democracy and defender of human rights in the Middle East and a beacon of hope to countless people.” 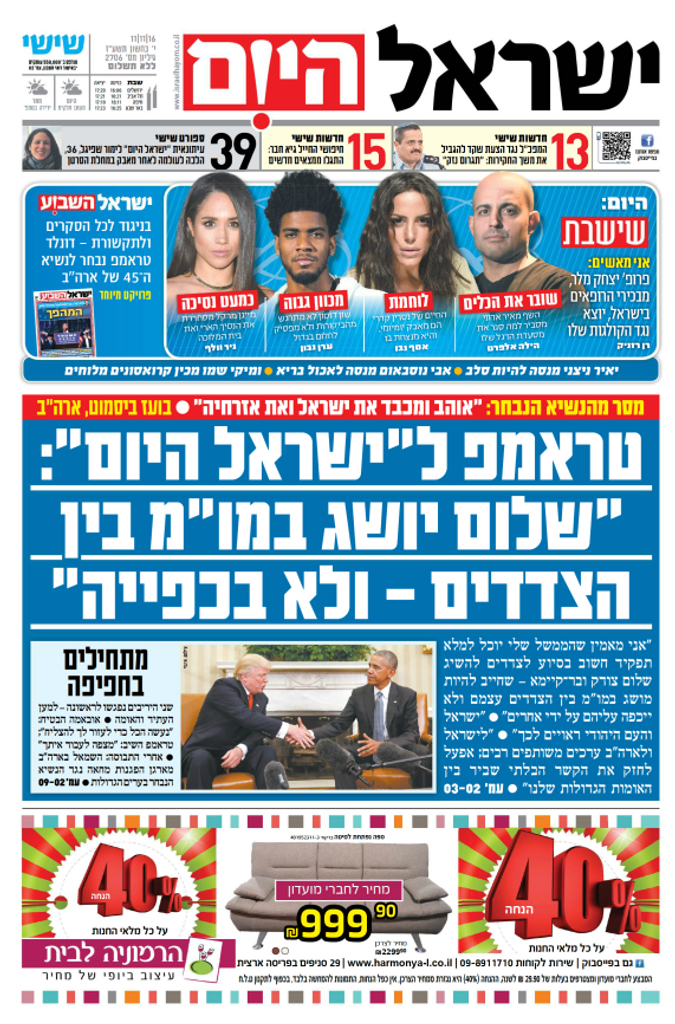 In the interview, which appears to have been brief, Trump praised Israel, and said that he would not impose a peace process on the Israelis.

“I believe that my administration can play a significant role in helping the parties to achieve a just, lasting peace — which must be negotiated between the parties themselves, and not imposed on them by others,” Trump said. Israel and the Jewish people deserve no less.”

Israel Hayom’s Bismuth has conducted a series of interviews with Trump throughout the presidential campaign.

Adelson, who founded Israel Hayom in 2007 to support Israeli Prime Benjamin Netanyahu, is a major Republican donor, and among the wealthiest Americans. After laying low throughout much of the presidential race, he dumped tens of millions into an anti-Clinton Super PAC in the campaign’s final weeks.

Adelson was reportedly critical of Trump’s campaign strategy, and focused much his funds on Senate races.