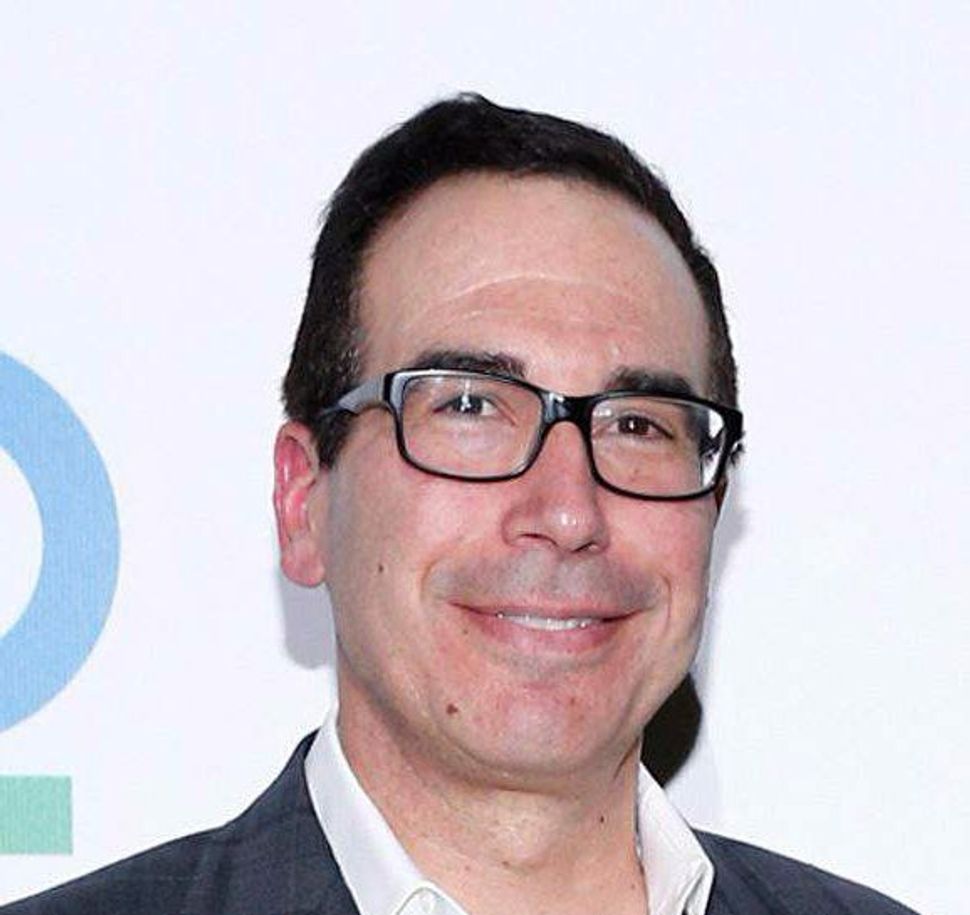 Three weeks after his victory, President-elect Donald Trump has named many of his top advisers, drawing heavily from the small group of aides and admirers who surrounded him during his campaign. Steve Mnuchin, his pick to lead the Treasury Department, fits that bill, having served as the candidate’s finance chair and long entertained personal and business ties with the real estate billionaire. Here are five facts about the finance maven and future Cabinet officer.

Like incoming White House strategist Steve Bannon (and many Treasury Secretaries), Mnuchin is a Goldman Sachs alum, once working at the firm as a partner. His portfolio was in the mortgage-backed bonds that triggered the savings and loans crisis of the early 1990’s. Mnuchin has recently started his own hedge fund, Dune Capital Management, and at one point owned his own bank, OneWest.

2. A Member of a Secret Society

Attending Yale in the 1980’s, Mnuchin was a member of the elite Skull and Bones Society, a secret organization that has long been associated with wealth and privilege. Other members have included both Presidents Bush, current Secretary of State John Kerry and Time Magazine founder Henry Luce.

3. Bought His Own Bank

During the Great Recession, Mnuchin gathered a team of investors to purchase the IndyWest commercial bank, which was under-leveraged and threatened with collapse. He sold the enterprise off last year, following a rash of accusations that the bank foreclosed on properties in a highly aggressive manner.

4. Made Out in the Madoff Scam

Mnuchin’s mother Elaine Cooper invested millions of dollars with Ponzi scheme master Bernie Madoff. After she died in 2006, he and his siblings closed their account with Madoff, pocketing a hefty return on investment. After the scam to light, a trustee overseeing restitution for defrauded investors wanted Mnuchin and his siblings to return $3.2 million in false profit that was really money that other investors had put into the scheme. But they were able to keep the cash because they withdrew it in time — the trustee was only allowed to clawback monies taken out after a certain time.

5. He Used to Be a Film Producer

His hedge fund has provided support for movies including “American Sniper,” “Mad Max: Fury Road” and “Avatar.” He served as the executive producer on the recent films “The Accountant” with Ben Affleck and “Sully” with Tom Hanks.

Mnuchin is on the threshold of joining the club — he’s currently engaged to Louise Linton, who will be his third wife when the two are married. He is the father of three children.