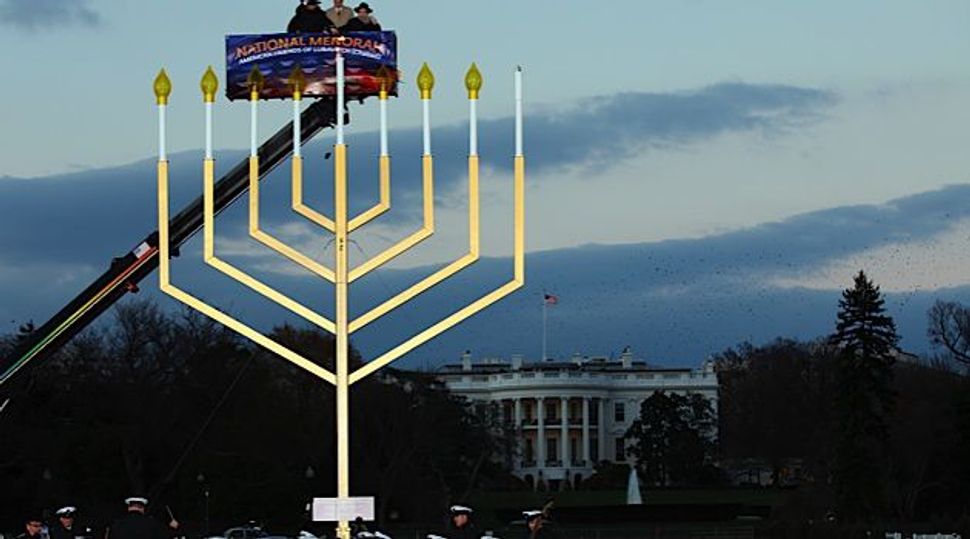 Hold the latkes, leaders of the Workmen’s Circle said this week. The liberal Jewish group won’t be attending a Hanukkah party hosted by the Conference of Presidents of Major American Jewish Organizations, citing the event’s location at Donald Trump’s Washington hotel and its co-sponsorship by the country of Azerbaijan.

“As a Jewish organization, we cannot and will not condone ― by agreement or silence ― the Conference’s appalling choices in its partner and the location, both of which contradict the stated themes of religious freedom and diversity,” President Peter Pepper and Executive Director Ann Toback wrote in a letter to Malcolm Hoenlein, executive vice chairman of the Presidents Conference. The invitation sent to the Workmen’s Circle advertised the event as a celebration of “religious freedom and diversity.”

Pepper and Toback went on to blast Azerbaijan’s government for its checkered human rights, and the president-elect for attitudes perceived as racist, sexist and xenophobic. “It is unthinkable that a Jewish organization would host a party celebrating tolerance and religious freedom by partnering with an oppressive regime that actively violates those same principles and book the event in a building owned by and named for Donald Trump,” the two wrote. Other members of the Presidents Conference, including the Union for Reform Judaism, have also criticized the event.

Azerbaijan’s government has been under frequent criticism for human rights abuses, including restrictions on the media, and imprisonment of dissidents. Despite these black marks, though, the Central Asian, Muslim country has become a close strategic ally of Israel, due to both countries’ antipathy to Iran.

Speaking on behalf of the Workmen’s Circle, Pepper and Toback demanded that the Presidents Conference find another party space and dump its co-sponsor. “In the years to come, Jews in America are going to be regularly tested to make the right choices, and this clearly is not one of them,” the two wrote. “Everything about this event is the wrong choice. We urge that you immediately disavow your partnership with the Republic of Azerbaijan, and select another venue.”