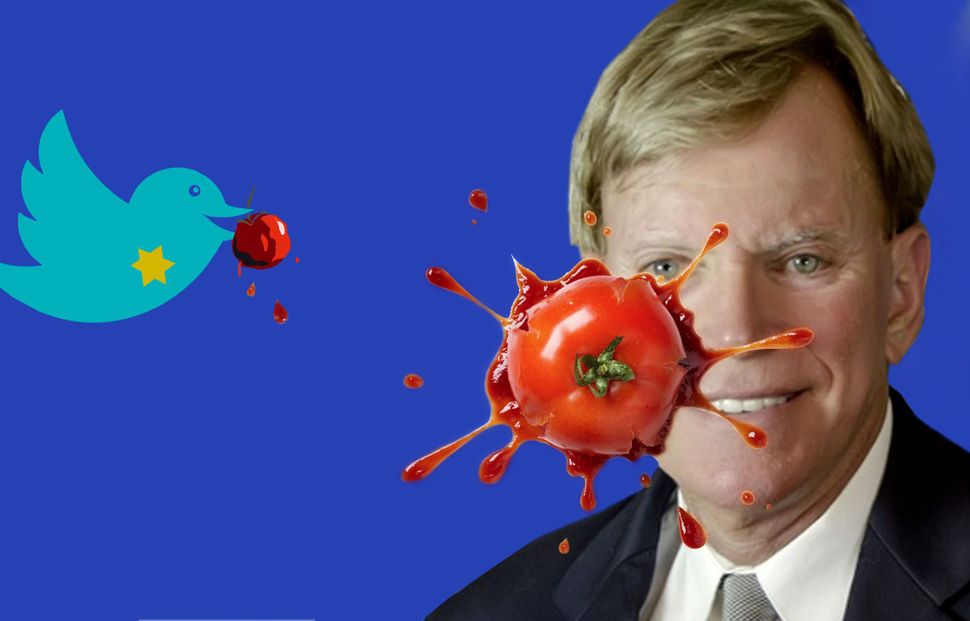 A new article in The Atlantic magazine posed the question of whether Jews are white, and of course David Duke, white supremacist, has the answer.

The article was spurred by the rise this election season of the “alt-right,” which championed the candidacy of President-elect Donald Trump and brought into public view anti-Semitic sentiments that had been excluded from the mainstream for generations.

Duke’s response bemused many Jews of the Twittersphere, who say it’s just not that simple.

Have you seen us dance? @DrDavidDuke @TheAtlantic

Another evoked the most famous Jew of all.

David Duke: Jews are not white! Me: Jesus was a Jew. D.D.: So? Me: That means Jesus wasn’t white. >D.D.: [head explodes into a million swastikas]

Many tried to harness the power of pop culture to make their point that nothing, dear David Duke, is black or white. Especially not Lenny Kravitz, Lisa Bonet and their gorgeous offspring, Zoe Kravitz. And what about Scarlett Johansson? What about Ivanka Trump?

.@DrDavidDuke Maybe not, but half Jew, half black, is probably the master race. pic.twitter.com/Lw9bLvOBOS

Not all the sass directed at Duke was so lighthearted.

@DrDavidDuke Fair warning to anyone seeking to “purify” the white race. This is your face on a severely restricted gene pool. Any questions? pic.twitter.com/4cnHrutqVp