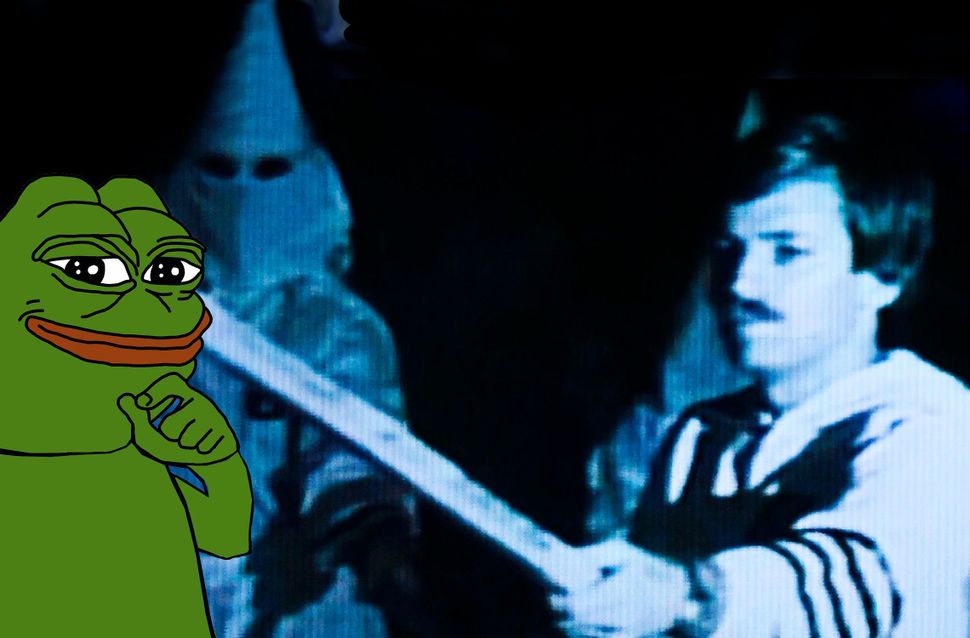 The alt-right may bill itself as something new, but its roots are in the white supremacist politicians of the late 20th century.

The movement embraces much of the racism and xenophobia of this elder generation, generating racist cartoons, hosting discussions of “the Jewish question,” and engaging in a passionate online discussion about the scientific justification for racism.

And while some of the “alt-right’s” leaders are maneuvering away from figures that once defined the American extreme right, such as David Duke, he also created the political and ideological road map on which the newer movement has set its course. A former leader of the Klu Klux Klan, Duke once defined white supremacy in the American consciousness.

White supremacist movements have often oscillated between imagining themselves purely as vehicles of hate — carrying out lynchings, church bombings and voter intimidation — and as more benign, “pro-white” organizations. Since at least 1954, the year of the Brown v. Board of Education decision, white supremacists have called for the specific protection of white rights. In October of that year, the leader of a fledgling organization called National Association for the Advancement of White People held a rally in Delaware to protest the rising tide of desegregation. The ostensibly nonviolent NAAWP, started by a “onetime Baltimore contractor who has brushed with the law over bogus checks,” according to Time magazine, was “not anti-Negro but just prowhite [sic].” 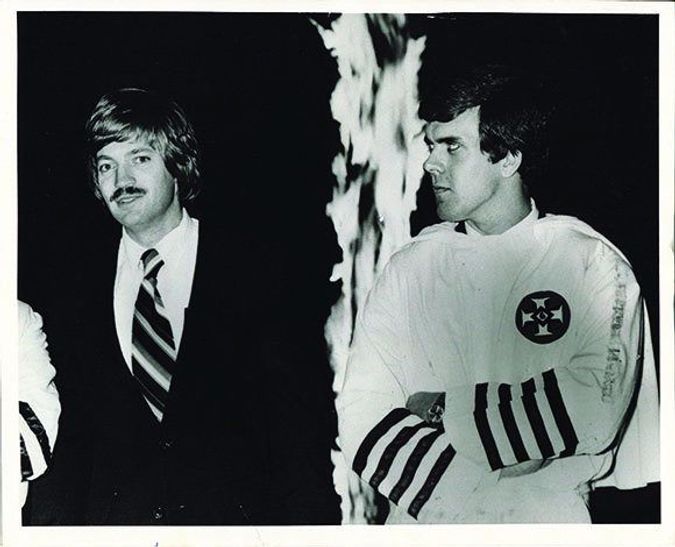 Though the original NAAWP petered out within a year, the name was resurrected in 1980 by David Duke after his exit from the KKK. The ambitious former Grand Wizard had decided that the Klan was not the organization from which to launch a political campaign.

“The Klan had gained too much reputation of being violent,” said Tyler Bridges, author of The Rise of David Duke. “What he hoped to do was continue to get the media attention by forming the NAAWP without the baggage of the violence.”

Over the course of his many runs for elected office throughout the late 1980s and 1990s, Duke spoke to the anxieties of working class whites in his home state of Louisiana with rhetoric that would be quite familiar to us in 2016.

“In certain ways Duke was ahead of his time by tapping into the concerns of working class white people — that they were losing their country, that blacks were getting their places in school and at the workplace, and illegal aliens crossing the border took positions that really belonged to them,” said Bridges.

“It was a really a message tapping into grievances — a sense that the country, and the country and the state of Louisiana, were heading in the wrong direction. That the elites were against them,” Bridges added.

Duke turned white supremacy into a vehicle for advocacy, mixing politics with protection of the “sacred white gene pool.” At the same time, white nationalist groups like the New Century Foundation, founded in 1994 by Jared Taylor, sought to help put a respectable face on white supremacy.

They were “suit-and-tie Nazis,” Beirich said. “They wanted to look like respectable characters who were making ‘rational’ arguments about IQ and genetics.”

David Duke’s downfall came when it became clear that his true preoccupation was not race relations, but Jewish control of the world economy and America’s minorities.

“He was branded as an ‘anti-Semitic loser,’” Tyler Bridges said. “If he didn’t have the Jewish part of it he might have had more success in a national way.”

Until this year, Duke’s last campaign was in 1999, which saw him once again repudiated by Republicans across the country. Without another nationally recognized face, American white supremacy seemed to be on a downward spiral for much of the 2000s.

Sam Francis, the influential columnist and “philosopher king” of the radical right, was dead. White supremacy lacked an intellectual center.

“If you had called me five years ago, I would have told you this is an aging group of people who are out of touch,” said Heidi Beirich.