In Germany, You Can ‘Rent a Jew’ to Fight Anti-Semitism 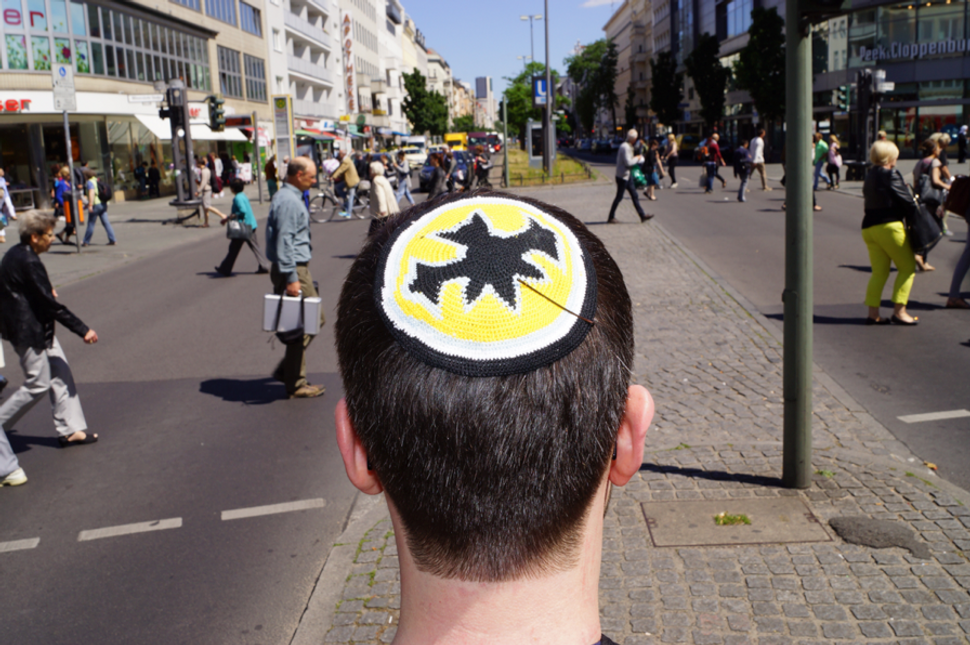 Image by Facebook/Rent a Jew

100,000 Jews live in Germany, and it’s the country with the world’s fastest-growing Jewish community. But many Germans have never – consciously – met a Jew.

There’s a new project wants to change that: Rent a Jew.

The Munich-based European Janusz Korczak Academy launched the project, which aims to bring together Jews and non-Jews in a relaxed social setting.

“Rent a Jew allows people to speak with each other, instead of about each other,” the program description reads. They hope that doing so will help to break down prejudices.

About 50 volunteers – from different spectrums of Jewish life – can be “rented” to talk to groups in schools, universities or churches.

The project mixes education with humor. Their tag line, for example, is: “Rent a Jew. You will never forget your first.”

They chose their provocative name on purpose, even though it might seem to reaffirm a centuries-old anti-Semitic stereotype that Jews are worth less than other people.

“We are tired of hearing such attributions,” the program organizers wrote on their website. “And we believe that humor mixed with a bit of chutzpah is the best way to refute old stereotypes and prejudices and show how absurd they are.”

Mascha Schmerling, born in Russia and living in Germany, is one of the volunteers. “We want them to see that we’re completely normal people,” she told Deutsche Welle (DW), an international German broadcaster.

“Rent a Jew” was recently awarded a recognition by the German Federal Agency for Civic Education during a yearlong democracy and tolerance initiative.

Western Europe has seen a recent uptick in anti-Semitism, and earlier this year a 21-year-old Jewish man wearing a yarmulke was beaten by three men in Berlin.

During “Rent a Jew” seminars, participants can learn about a wide range of Jewish things – holidays, manners of worship, ancestry, art or even why Kellogg’s cereals are kosher.

“We also want to show an open and colorful Judaism,” another volunteer, Monty Aviel Zeev Ott, told DW. “Judaism is so diverse.”

The concept seems to be working: Seventeen-year old Mohamed, who attended a “Rent a Jew”-workshop at his school, told DW that he has “learnt that many things I’ve heard about Jews aren’t actually true.”

In Germany, You Can ‘Rent a Jew’ to Fight Anti-Semitism