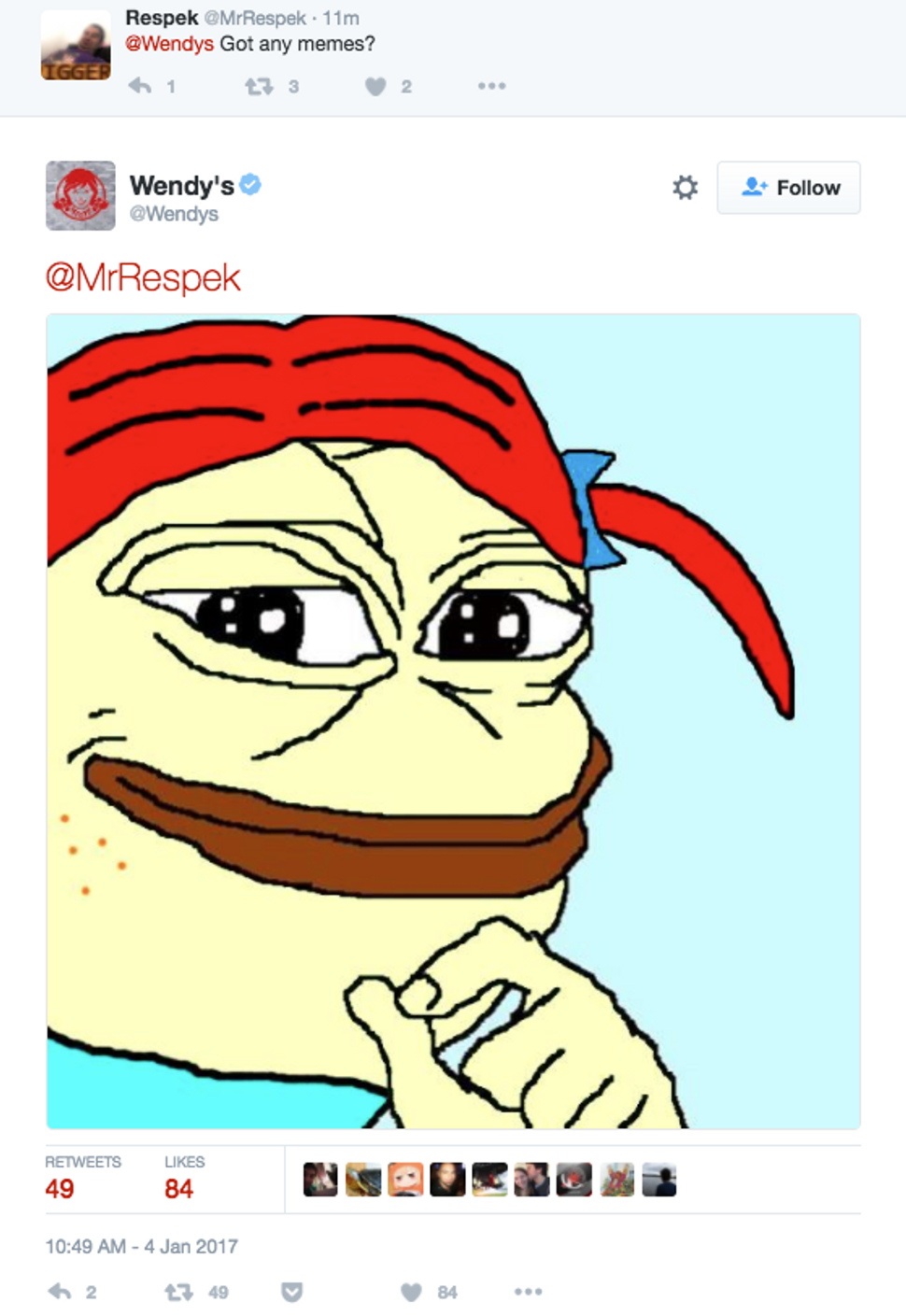 Fast-food giant Wendy’s may have accidentally become the happy meal of white nationalists, but the burger joint is giving them a frosty reception.

On Wednesday Wendy’s tweeted a meme of Pepe the Frog, icon of the so-called “alt-right,” recast as the company’s mascot, a red-headed girl in pigtails.

The tweet was in response to another Twitter user asking if Wendy’s had “any memes,” according to screenshots captured by NBC News’ Kyle Griffin. 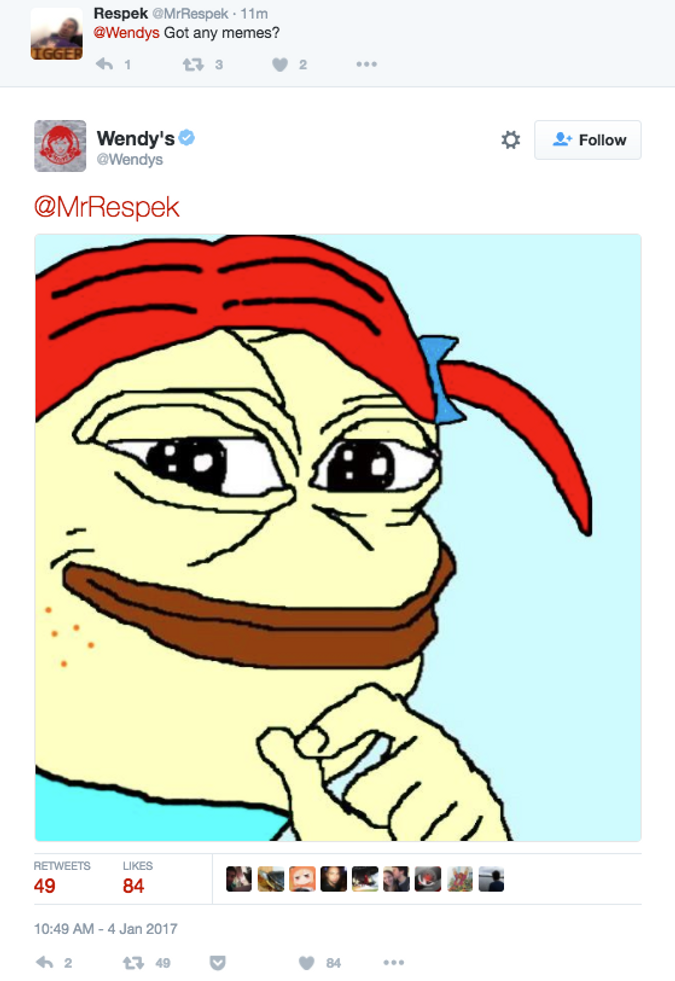 The meme disappeared quickly and Wendy’s scrambled to explain. “Our community manager was unaware of the recent evolution of the Pepe meme’s meaning and this tweet was promptly deleted,” one tweet read.

“Wendy’s was always my personal favorite burger joint, but I never would have declared it the official burger of the Neo-Nazi Alt-Right movement – until now,” wrote Neo-Nazi blogger Andrew Anglin on his website the Daily Stormer. “Everyone knows that Pepe is a Nazi frog.”

Pepe the Frog is a cartoon amphibian created in 2005 by the artist Matt Furie, but has become a white supremacist icon on sites like 4chan over the last decade.

The frog was a mainstay of Trump supporters in the recent U.S. presidential election. Likeness of Pepe would appear giving the Nazi salute, carrying machine guns, or outside German death camps, gassing Jews. Eventually, the Anti-Defamation League declared Pepe a hate symbol.

Prior to tweeting Pepe, Wendy’s had drawn praise for its savvy use of social media. The fast food chain is surprisingly hip, retweeting funny comments from other users with a snarky tone.

The Pepe meme may have been a misplaced appeal to newly prominent “alt-right” white nationalists, but Wendy’s is not alone.

New Balance, the only major shoe company that still makes sneakers in the U.S., became a favorite shoe of neo-Nazis in November after the company’s vice president slammed Barack Obama and heralded Trump’s election as a “move in the right direction.”

In December a casting call for a Cadillac commercial solicited an actor for an “alt-right” role. The company quickly disavowed the ad, saying it was not approved. But as with Wendy’s, neo-Nazis celebrated.

“The point is, it was natural for a major American corporation to want someone from our movement,” Anglin wrote in a post titled: “Yes, We are Mainstream Now.”