Jared Kushner’s family charities have given hundreds of thousands of dollars to a mystical Moroccan rabbi who some followers claim has miraculous powers.

The rabbi, David Chananya Pinto, is little known in the United States but has a coterie of wealthy backers. Two separate Kushner family foundations on whose boards Jared Kushner serves have given over $210,000 in grants to Pinto’s New York City study center.

It’s hard to square Donald Trump’s clean-cut, Modern Orthodox son-in-law with the white-bearded mystic who tells a story about a night in 1968 when his father got a ride from a second-century sage driving an Israeli-made station wagon.

Yet Kushner has shown an interest in Judaism’s mystical corners. 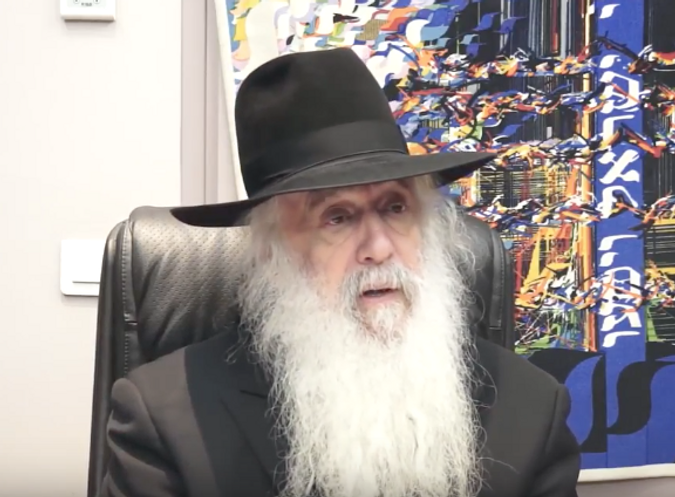 Kushner and his wife, Ivanka Trump, plan to attend a Washington synagogue affiliated with the Chabad Hasidic group, a movement rooted in Jewish mysticism. And days before the presidential election, the couple visited the grave of the group’s former leader, where believers say prayers may be answered with miracles.

A spokesperson for Kushner would not comment on the foundations’ donations to Pinto’s charity. Pinto’s New York study center, Chevrat Pinto, did not respond to a request for comment.

“There is definitely an upswing in turning to magic,” said Rabbi Alan Brill, a professor of Jewish studies at Seton Hall University. Brill has written on the phenomenon in an essay onModern Orthodox Jews in New Jersey reviving the ancient Jewish magical practice of baking keys into challah bread.

Brill also said that the popularity of traveling charismatic mystics was rising among some Modern Orthodox Jews. “It’s a different relationship than having to sit through a congregation each week,” he said.

Yoshiyahu Yosef Pinto was released from prison January 25 after serving a one-year sentence. He says he is no longer a rabbi.

Rabbi David Pinto wears the familiar black coat and hat of the ultra-Orthodox Ashkenazim, but he descends from a North African Jewish tradition of miracle workers and saints. Pinto’s ancestors were prominent rabbis; the grave of his great-great grandfather is a popular pilgrimage site for Moroccan Jews. Pinto’s organization describes his father and his grandfather, both rabbis, as “miracle workers.”

Pinto leads institutions in France and Israel, but he regularly visits his New York study center, where his followers include Jews from mainstream Modern Orthodox backgrounds alongside members of the French Jewish community. He delivers his lectures in English, speaking with a French accent.

Stories of the miracles that his father and grandfather worked, and the belief that they can continue to influence daily events, appear to play a major role in Pinto’s religious message. In a May 2016 lecture delivered in Mexico City and available online, Pinto told a story about his father getting picked up on the side of the road in 1968 by the purported author of the Zohar, Rabbi Shimon bar Yochai, who lived roughly 2,000 years ago.

According to Pinto, his father, Rabbi Moshe Ahron Pinto, lived 40 years in prayerful seclusion in his home in Morocco, and then, in 1968, sought the permission of the dead sage bar Yochai to move his family to Israel. Moshe Ahron Pinto traveled to Ashdod, then took a taxi to bar Yochai’s crypt in Meron. He finished praying late at night. A disciple who had accompanied him thought they would be stuck near the crypt until dawn, but as soon as they reached the road, an Israeli-made station wagon, an Autocars Sussita, appeared. The driver took them to a house in a nearby village.

“My father went out [of the car], [the disciple] closed the car, and suddenly there was no car,” Pinto said.

Pinto said his father told the disciple that the driver was bar Yochai, and that if he told anyone of the miracle he would die.

The idea that righteous rabbis have the power to perform miracles is a familiar one in mystical Jewish traditions, and particularly among North African Jews. In the literature of Pinto’s organization, dead rabbis and even Pinto himself are credited with causing everyday miracles to occur.

An article in the 2010 English-language edition of a magazine published by his organization in Paris reports that a “great miracle happened” at the home of a Chicago follower who hosted Pinto: Two days after receiving Pinto’s blessing, the follower’s daughter was matched with a man whom she eventually married.

The article also reports that after Pinto promised a French follower that God would “perform a miracle for you this week” if the man spent one more hour a day studying the Torah, the man’s son narrowly escaped electrocution.

The story claims that Pinto knows things by miraculous means. “Many people are surprised by the way that the Rav knows and sees things from afar,” the article says. Pinto, the authors report, denies being a prophet. “Everything is due to the merit of the fathers,” it quotes him saying.

In a brief recollection presented in a December 2016 weekly bulletin published by Pinto’s Israeli organization, Pinto claimed that a German boy had been revived from a three-month coma after a man who hosted him on a visit to Morocco prayed at the grave of Rabbi Chaim Pinto, his great-great grandfather.

“I would never dare bang on the tombstone of my grandfather,” Pinto wrote. “However, [the man] did it naturally, and he was answered immediately!” 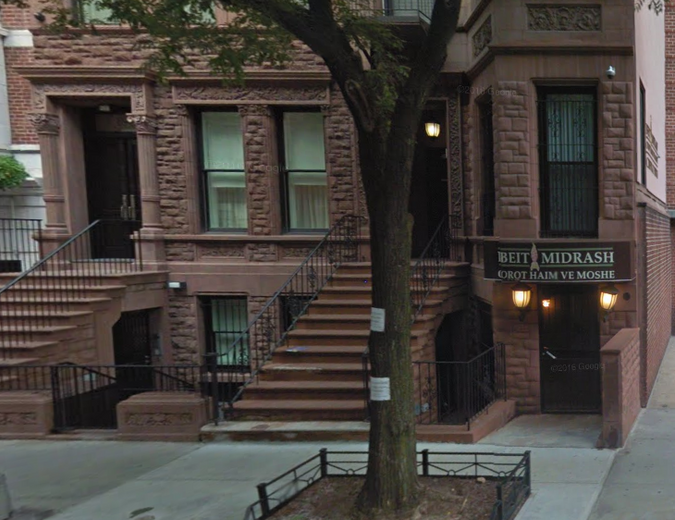 In New York City, Pinto has a study center, called Chevrat Pinto, in an Upper West Side brownstone. The study center received between $10,000 and $50,000 from a Kushner family foundation nearly every year from 2004 to 2013. Jared Kushner sits on the boards of the two foundations that made the grants, the Charles and Seryl Kushner Family Foundation and the C. Kushner Companies Foundation. He is one of seven coequal directors of the Charles and Seryl Kushner Family Foundation, according to 2014 tax documents, and was a member of a board of directors led by his mother at the C. Kushner Companies Foundation, which no longer exists.

In total, Chevrat Pinto received $217,000 from the Kushners’ two foundations.

Jared Kushner’s aunt and uncle, Marisa and Richard Stadtmauer, have been ever more generous. Their family foundation has given Chevrat Pinto $592,000 in grants since 2009.

Other major donors to Chevrat Pinto include foundations controlled by the investment bankers Israel Englander and Nathan Low, which have each given multiple six-figure gifts.