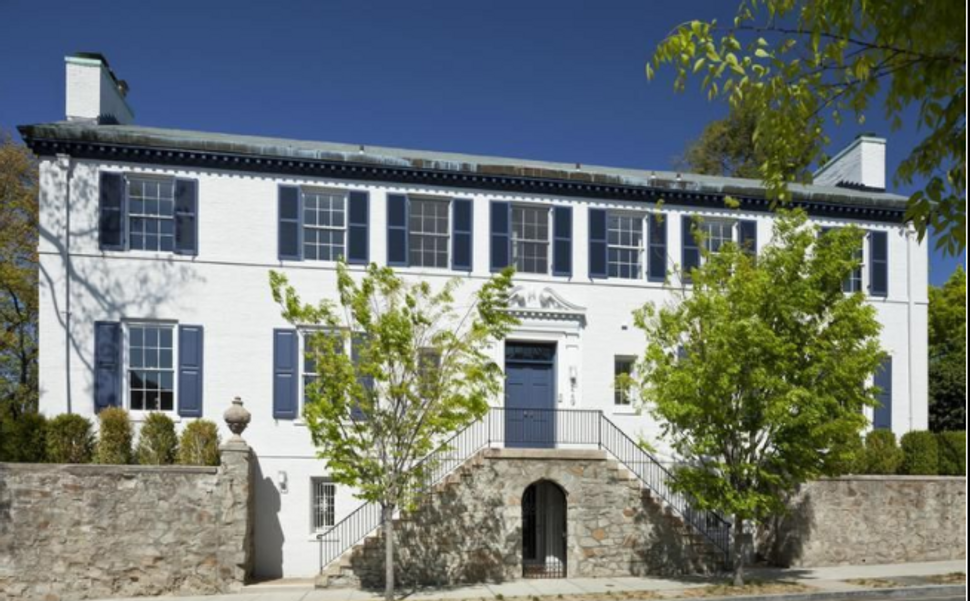 The search is over.

Ivanka Trump and Jared Kushner have found a house in Washington and, more important, they seem to have found a synagogue as well.

After weeks of house-hunting and “shul shopping,” the first daughter and son-in-law are now ready to settle down in Washington’s Kalorama neighborhood and will attend the nearby Chabad synagogue.

The home Kushner and Trump settled on is a $5.5 million, six-bedroom house, only blocks away from the future home of President Barack Obama and his family, according to a report in Washingtonian.

The couple has reportedly looked into joining Kesher Israel, an Orthodox synagogue in Georgetown, but ended up preferring the smaller but more centrally located Chabad synagogue, known as TheSHUL and led by Rabbi Levi Shemtov.

“I haven’t commented and cannot comment on who might attend our synagogue,” Shemtov, founder of TheSHUL and executive vice president of American Friends of Lubavich (Chabad), told the Forward. “That is our policy.” He did note, however, that Ivanka Trump and Jared Kushner’s future home is only a seven-minute walk from the synagogue. The distance is of importance, since Orthodox Jews do not drive on the Sabbath and on Jewish holidays.

The Chabad synagogue, located near Dupont Circle, is relatively small; about 40-60 people typically attend Shabbat prayers there. During the High Holidays it attracts up to 250 people for services. Throughout the years, many Jewish politicians have attended TheSHUL, including former senator Joe Lieberman and current Treasury Secretary Jack Lew, several Jewish ambassadors posted in Washington, and Israeli Cabinet ministers from the Orthodox parties. If Trump and Kushner attend the synagogue on a regular basis, it is likely to gain a lot of public attention.