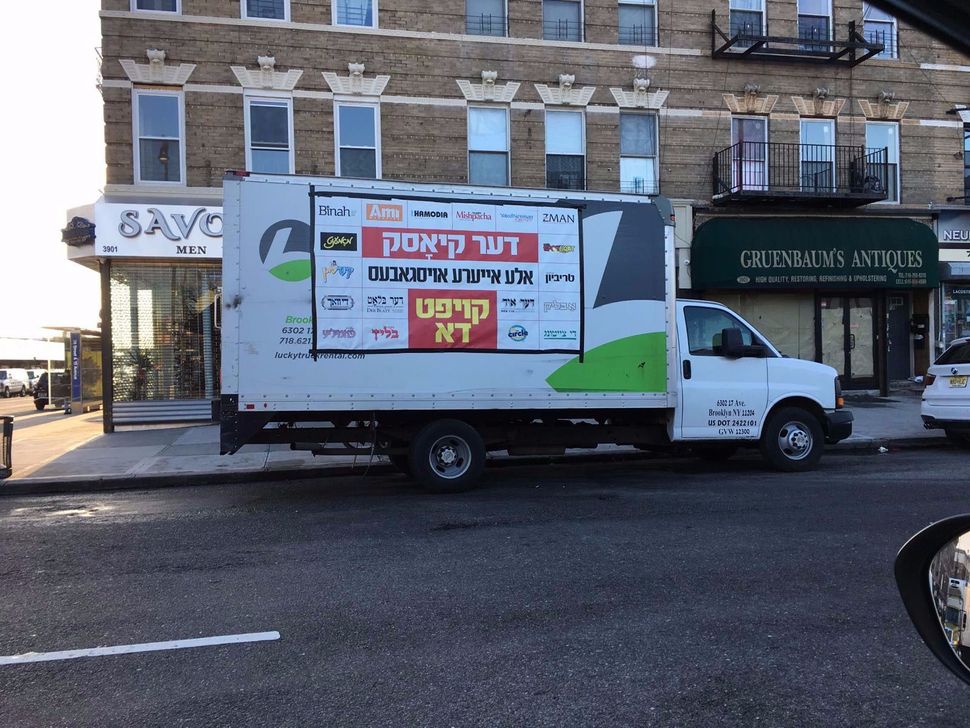 The war between Brooklyn’s kosher grocery stores and the Orthodox Jewish press is over, for now.

After a tense day of conflict Wednesday between the grocery stores in the Boro Park section of Brooklyn and 20 publishers of Orthodox magazines and newspapers, the two sides have agreed to a de-escalation, the Forward has learned.

More than 40 kosher grocery stores refused to stock the Orthodox publishers’ newspapers Wednesday. In response, the publishers hired their own trucks to serve as newsstands throughout the neighborhood.

The ban came after the publishers refused a demand from the grocers to cut the wholesale prices that they charged the grocery stores for their newspapers and magazines.

Late Wednesday evening, the publishers and grocers agreed to a truce. On Thursday, the publishers retired their makeshift mobile newsstands, and the grocery stores put the newspapers back on the shelves.

“The details are still being worked on, but in a show of unity, all parties came together to put this saga to an end,” said a senior executive at one of the Orthodox publishers, who asked not to be named because of the delicate nature of the ongoing negotiations.

“An agreement was made,” said a spokesman for the grocers, who said he did not know the terms of the deal. Multiple Orthodox publishers either did not respond to requests for comment from the Forward or declined to discuss the arrangement.

The one-day ban created a stir in Boro Park and in Orthodox social media circles, as the publishers advertised their temporary newsstands and called on readers to pay for home subscriptions. 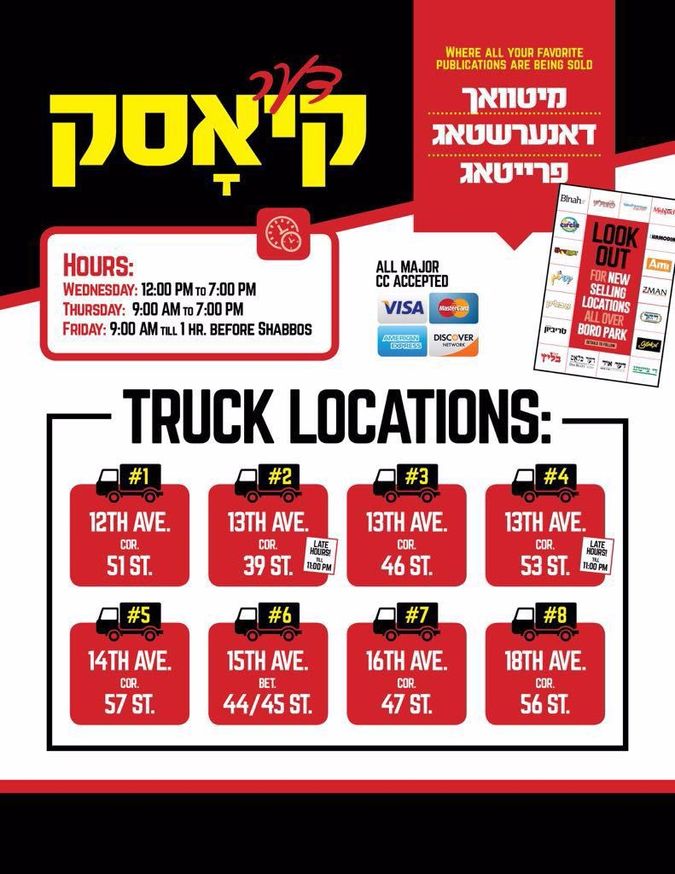 As the Forward reported Wednesday, the Orthodox media industry has boomed in recent years, with more than two-dozen publications marketed to Orthodox Jews for sale in Brooklyn’s Jewish neighborhoods, including an English-language daily paper and three Yiddish weeklies.

More than 40 grocers, calling themselves the Boro Park United Grocers Association, sent a letter to the Orthodox publishers in January, demanding price concessions. They argued that the grocery stores had supported the newspapers when the Orthodox media industry was struggling, and so they now deserve a bigger share of the papers’ profits.

“For many years when the newspaper industry was small… we felt we were doing a service to our customers and to you by providing kosher reading material,” the grocers wrote in a demand letter issued in January. “We did actually contribute to the growth of your business, and in a relatively short few years it has grown into a major industry.”

In their letter, the grocers spelled out a schedule of new, lower wholesale prices for more than 30 Orthodox publications.

The effort by the grocery stores comes as a new low-cost wholesale kosher supermarket called Bingo is undercutting other grocers in Boro Park. Bingo was not a part of the effort to force the newspaper publishers to cut their prices.