‘Who was his Acting Coach?’ – Trump Mocks Schumer For His ‘Fake Tears’ 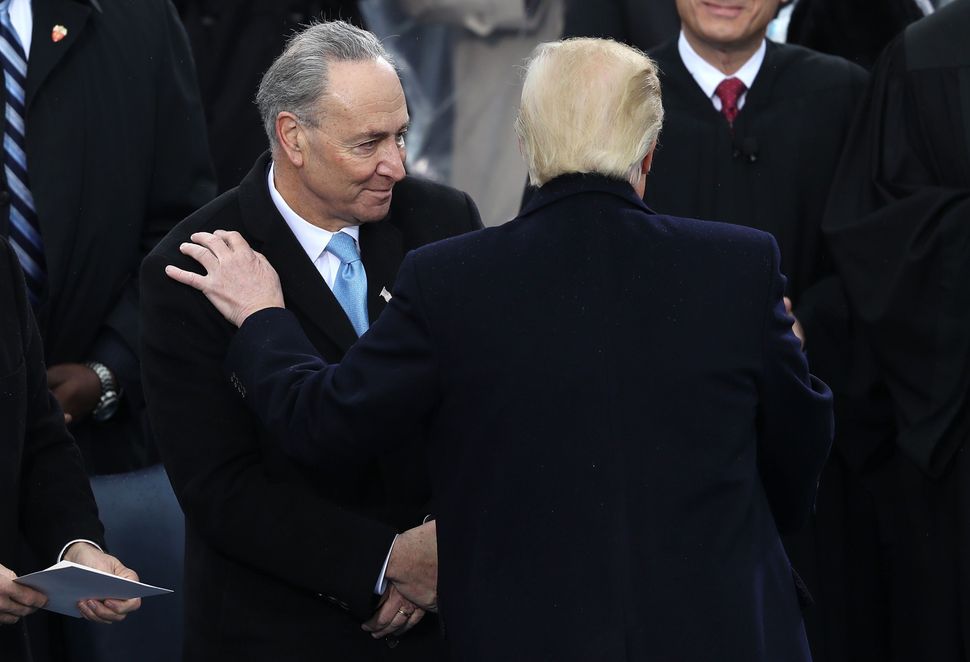 In his first public appearance after signing his controversial executive order that effectively issued a Muslim ban, President Donald Trump didn’t spend too much time defending himself.

Instead he was busy mocking Senate Minority Leader Chuck Schumer.

“I noticed Chuck Schumer yesterday with the fake tears,” Trump told reporters on Monday during a meeting with small-business leaders. “I’m going to ask him who was his acting coach, because I know him very well. I don’t see him as a crier.”

On Sunday, Schumer had teared up while he stood along side Syrian and Iraqi refugees, and asked for a push to overhaul Trump’s Muslim ban.

Schumer and Trump have known each other for a long time and used to have a good relationship. Trump’s family even donated thousands of dollars to the campaigns for the New York Senator.

Back in November, Trump applauded the announcement that Schumer would become Senate Minority Leader.

I have always had a good relationship with Chuck Schumer. He is far smarter than Harry R and has the ability to get things done. Good news!

Trump’s executive order issuing a religious based ban on immigration hit close to home for Schumer. The first Jewish Senate Minority leader is the descendant of victims of the Holocaust. His great-grandmother was “gunned down” by Nazis in Ukraine, as Schumer told the Huffington Post last fall.

A spokesperson for Schumer told an NBC reporter that they wouldn’t dignify Trump’s mocking with a response.

‘Who was his Acting Coach?’ – Trump Mocks Schumer For His ‘Fake Tears’