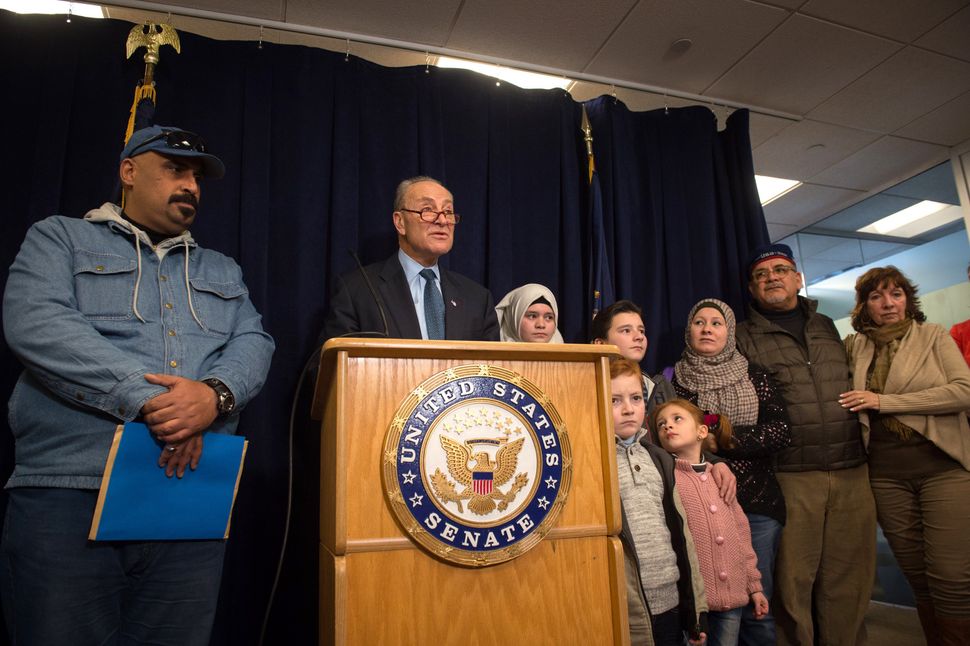 Schumer spoke surrounded by recently resettled Syrian refugees and an Iraqi man who served the U.S. Army for 10 years, and just made it to America in time before Trump issued his controversial order. These families would have faced death had the order come sooner, the senator said.

Choking back tears, Schumer, called the ban “mean-spirited and un-American.”

“These orders go against what America has always been about. The orders make us less humanitarian, less safe, less American,” Schumer said.

During the press conference, he repeatedly emphasized that refugees coming to America had to undergo a two year vetting process and that people who pass it are no threat to our security. The vast majority of these refugees are women and children fleeing persecution, he said.

The New York senator is leading a push to overhaul the presidential orders. “Senate Democrats are going to introduce legislation to overturn this order,” Schumer said.

It’s up to Republicans if the push will be successful, but Schumer was cautiously optimistic. He pointed to Senators Ben Sasse of Nebraska and John McCain who publicly spoke out against Trump’s order.

Most Jewish groups oppose the Trump order, but one — the Zionist Organization of America, funded by casino magnate Sheldon Adelson — praised it.