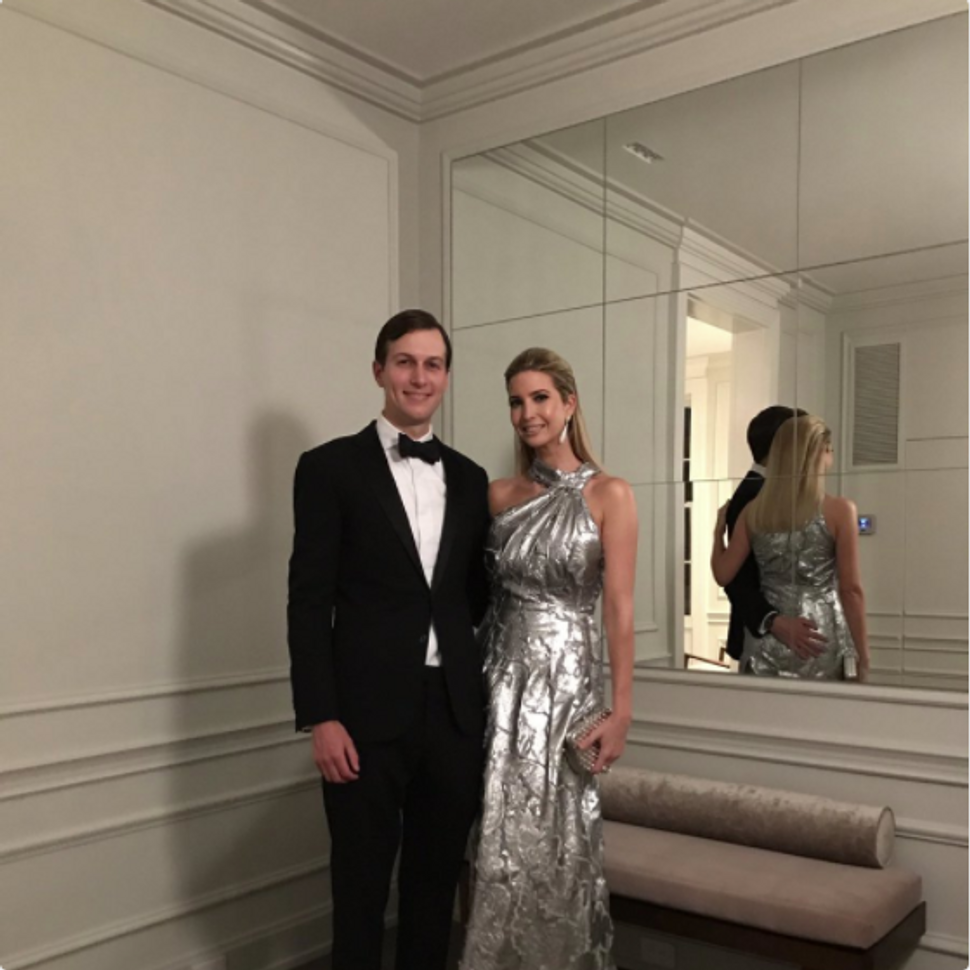 Twitter criticized Ivanka Trump for her tone deafness when she posted this glamour shot as protests against her father’s immigration ban were erupting across the United States. Image by twitter

Ivanka Trump and husband Jared Kushner dressed up for a fancy evening out on Saturday, and shared the news on Twitter, as demonstrators rushed airports to protest President Donald Trump’s “Muslim ban.” The contrast between Ivanka Trump’s glamour shot and the plight of refugees around the world did not sit well with many users of the social media platform.

Many on Twitter thought it was an inappropriate time for the first daughter to run the photo, and said as much.

.@IvankaTrump On top of everything so wildly offensive about posting this (you KNEW the reaction you’d get), your dress also looks awful.

@IvankaTrump Your father is responsible for two senior citizens with green cards being illegally detained at O’Hare for 10 hours.Have fun!

Ivanka Trump and Jared Kushner are key advisers to the president, with Kushner serving in an official White House capacity and Ivanka Trump seen as a force behind the scenes. Both have been criticized for white-washing the new president’s behavior through their own clean-cut and wholesome image.