Julian Edelman defied physics with his catch during the fourth quarter of Super Bowl LI on Sunday night. The New England Patriots ended up winning 34-28 in overtime.

Still can’t get over Julian Edelman’s incredible clutch catch at the #SuperBowlpic.twitter.com/Kcb3vJKqrY

Patriots quarterback Tom Brady described the catch saying, “I don’t know how he caught it. I don’t think he does either.”

So for the next month at least, Edelman takes the honors as the world’s greatest Jewish sports star. But nobody should forget other great moments in Jewish sport.

Sandy Koufax, the left handed Brooklyn/Los Angeles Dodgers pitcher, was the youngest player ever to be elected to the Baseball Hall of Fame (at age 36).

It’s hard to pick one ultimate sport’s moment of this Jewish baseball star (in fact, there’s an entire article about Koufax’s many achievements), but let’s settle on the 1965 game against the Chicago Cubs at Dodger Stadium (see video above).

Koufax pitched a perfect game (no hits, walks or errors), and set a record by striking out 14 batters. In all of baseball’s history, only 21 pitchers every played a perfect game. 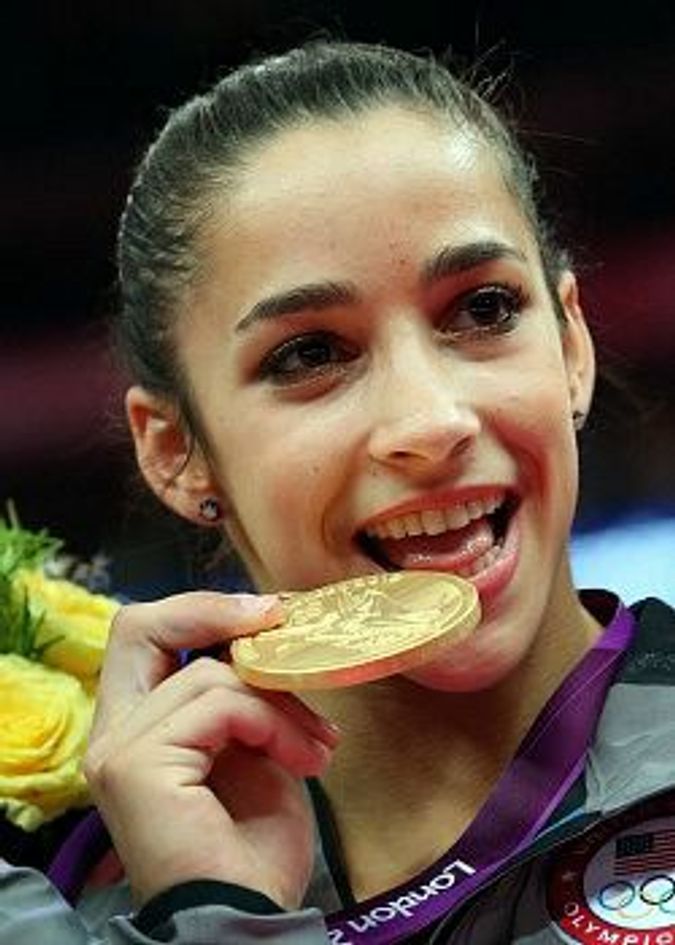 Gymnast Aly Reisman is a two-time Olympic champion. During the 2012 Olympics, where not a ingle Israeli athlete won a medal, she was everybody’s Jewish star.

Her flawless floor routine was set to the Jewish folk song “Hava Nagilah,” which was suggested by her mother and her Romanian-born coaches Mihai and Silvia Brestyan, who coached the Israeli national team in the early 1990s.

“I really liked the music and wanted to get something people could clap to and relate to,” Raisman told the Forward at the time. 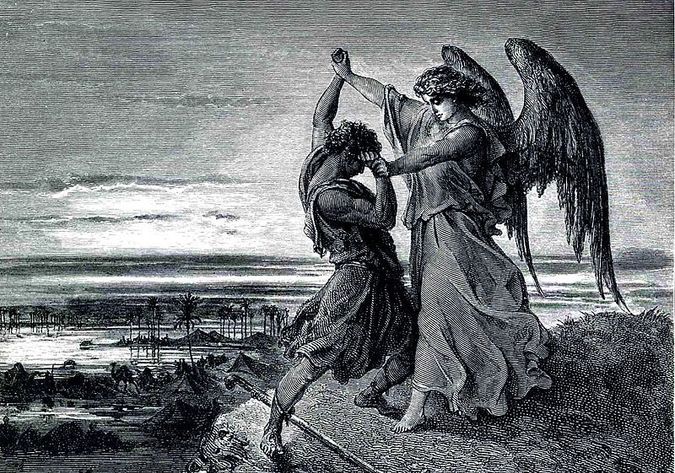 Jacob wrestles with the angel. Image by Wikipedia Commons

In the Old Testament, Jacob wrestles with a mysterious messenger from God.

“So Jacob was left alone, and a man wrestled with him till daybreak,” we can read in the book of Genesis. “When the man saw that he could not overpower him, he touched the socket of Jacob’s hip so that his hip was wrenched as he wrestled with the man. Then the man said, ‘Let me go, for it is daybreak.’

“But Jacob replied, ‘I will not let you go unless you bless me,” it continues. “The man asked him, ‘What is your name?’ – ‘Jacob,’ he answered. Then the man said, ‘Your name will no longer be Jacob, but Israel, because you have struggled with God and with humans and have overcome.”

Pretty intense stuff, but also one of the few references to sport in the Old Testament.

And since the Hebrew word for “angel” and “messenger” are often used as the same, this oldest Jewish sports hero overcame an angel. Not even Julian Edelman could do that. 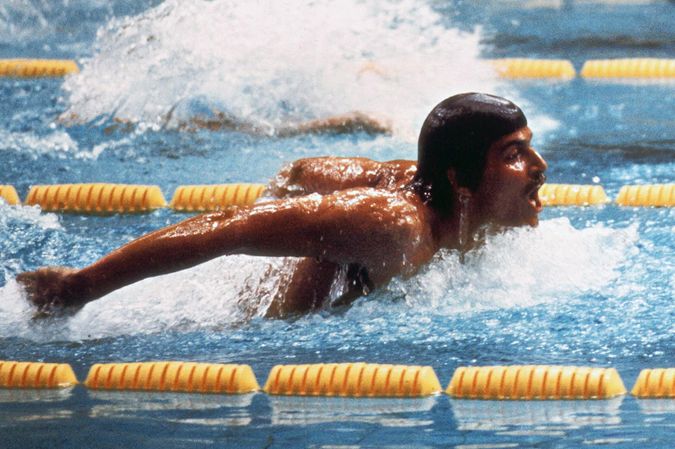 US swimmer champion Mark Spitz in action during the Olympic 200m Butterfly event 28 August 1972 in Munich. Image by Getty Images

Mark Spitz is probably the most successful Jewish athlete alive. After an unsuccessful stint at the 1968 Olympics in Mexico, the American Jew with the signature mustache predicted he would win six medals in Munich.

It turned out, he was wrong – Spitz won seven. And on top of that, he set a new world record in every single race.

Spitz was the most successful and famous athlete during the 1972 games, but he left Germany before the closing ceremony. After Palestinian terrorists killed two Israelis and took nine others hostage, the Jewish athlete was evacuated to London.