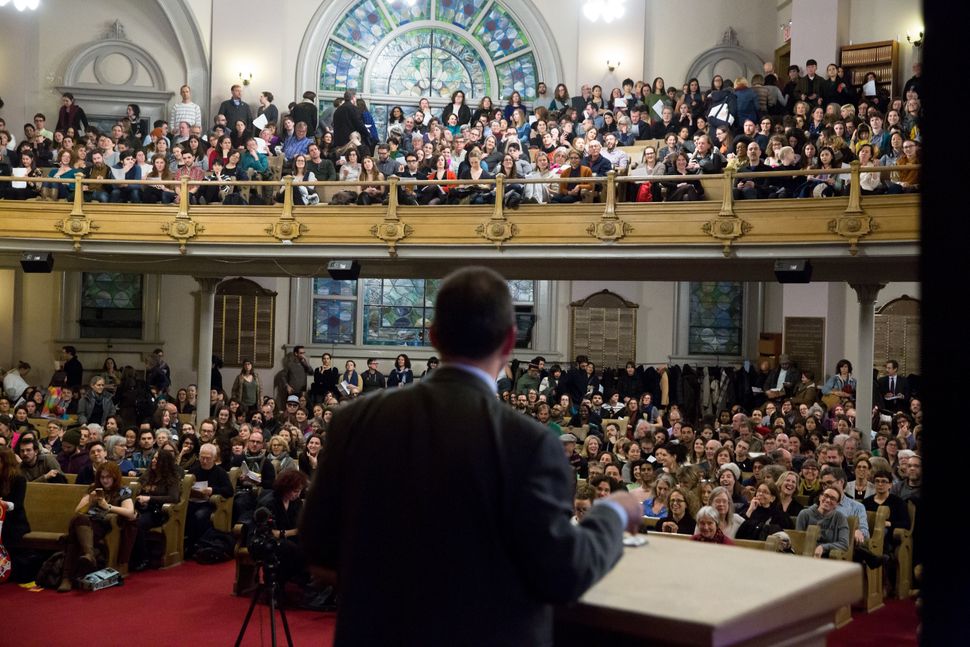 The sanctuary of the 1,200-seat Congregation Beth Elohim was packed; a long line of attendees snaked down the front steps and around the corner.

“The level of showing up that people are doing… It’s powerful and it feels powerful,” New York City Councilman Brad Lander said, in his speech to the crowd.

The session was the fifth in a series of gatherings called #getorganizedbk, facilitated by Lander’s office. Leaders have spun off working groups to organize around particular issues. When polled by one of the speakers, the majority of the crowd on Monday night said that they were attending their first meeting.

“I am continually surprised by how many people are so motivated to be part of resisting things that are harmful and speaking for our core values,” said Rabbi Rachel Timoner, spiritual leader of CBE, who has been involved in facilitating the gatherings. “Every single time we hold one of these we are surprised.” 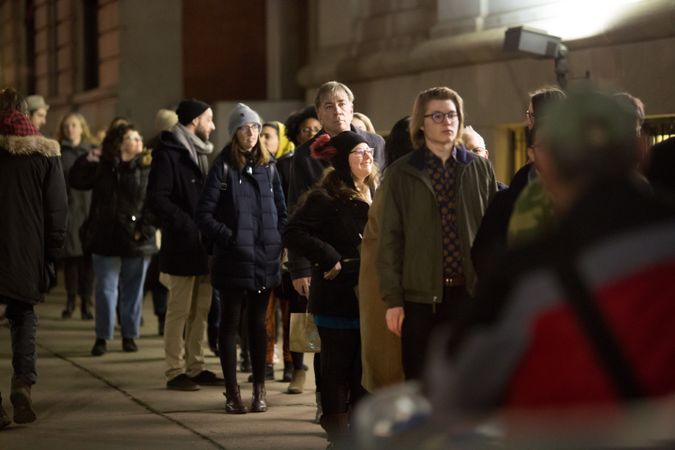 In recent weeks, activists affiliated with the group have protested outside of the Park Slope home of Senate minority leader Chuck Schumer, calling on him to take a hard line against Trump’s agenda. Others have secured meetings with Schumer and Senator Kristen Gillibrand.

At the Monday meeting, representatives from the Mayor’s office and activists groups spoke on a panel about immigrant organizing. Despite the focus on Trump, half of the audience questions were about so-called “broken windows” policing in New York City. 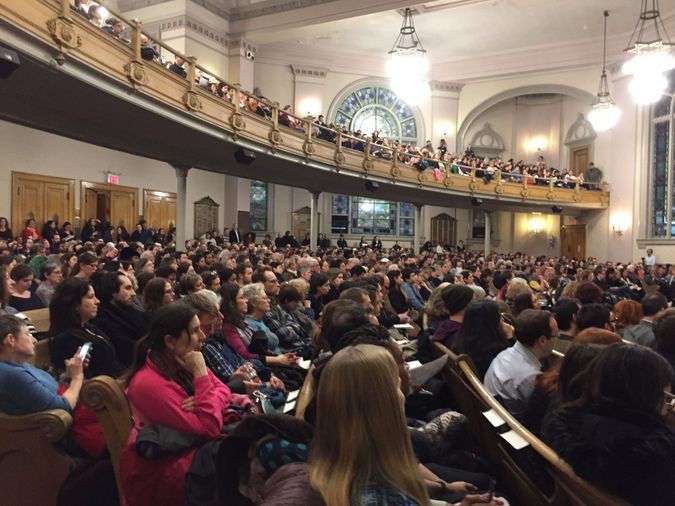 “This feels to me like a moral imperative,” Timoner told the Forward. “I feel like I would not be able to call myself a rabbi if I was silent.”

Timoner left the Monday evening meeting early in order to attend a rabbinical protest at Trump Tower on Fifth Avenue. She was one of 18 rabbis arrested at the protest later that night.